VISSIA has shared 'About Moving On' today, a deep bass line and layered synths sit behind her dreamy vocals on this exquisite song. ===== Alice Hubble has released 'We Are Still Alone' where vintage synths and mellotron take us back to the early days of bands like OMD in part, however Alice's vocals add another melodic and pleasing dimension to this beautiful track. ===== Quiet Marauder have today released their new E.P 'Tiny Men Parts'. Upbeat, good humored and full of energetic pieces, this collection of genre mashed songs is simply lovable and it's streaming in full below. ===== DB Armitage (the experimental pop project from Dalma Berger) has released 'Old Bones' accompanied by a notable video. This is a powerful song that is packed with emotive atmosphere, a driving rhythm and just begs for another listen.  ===== Singer-songwriter Roxanne de Bastion has just released 'Heavy Lifting' and it's a smooth flowing and melodic song where her vocals are captivating and carry the piece almost on their own.

Growing up in Stony Plain, Alberta, Alex Vissia began playing piano at age five, studying classical repertoire into her high school years. By middle school, she was teaching herself enough guitar to write her own songs and began arranging them with her two younger sisters. After an eight-year run as a touring folk-pop trio, the sisters went on indefinite hiatus to pursue their own interests.

Upon graduating from MacEwan University’s Music Program in 2011, VISSIA self-released her first album as a solo artist, A Lot Less Gold. Continuously evolving, VISSIA’s sound has come a long way since her folky beginnings and the whiskey-drenched swagger of 2017’s Place Holder. She has made high-profile appearances including the UK’s Great Escape Festival, the Edmonton Folk Music Festival and the Canmore Folk Music Festival, sharing stages with the likes of Hawksley Workman, Jim Bryson, Matt Andersen, Lindi Ortega and others across Canada. Driven by connection and thirsty for movement, VISSIA dives into bubbly waters and emerges with a collection of pop-polished gems with the forthcoming With Pleasure. 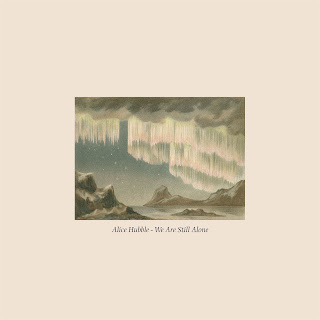 Alice Hubble - We Are Still Alone.

Alice Hubble is the project of self-confessed synthesizer lady Alice Hubley. The album 'Polarlichter' was released in late 2019. Layered with vintage synthesisers and mellotron, the album is majestic and sweeping, offering a soundscape of pastoral solace, far removed from the urban sprawl in which it was conceived.

Alice on We Are Still Alone: “It is the most personal song on the album, and is about the journey my brother and I went through in the aftermath of my father’s death in 2007. Our mother passed away ten years prior and, as you can imagine, this was a life changing event for both of us.

“My experience of grief is that it is isolating and whilst you’re processing what happened you likely won’t be able to be there for others in the way you would like to. Losing both of our parents at a young age was hard, and though you go on, because you have to, it’s not something you ever get over. Over time the experience becomes a part of your story, things becomes easier to navigate and you can be there for each other in the way you want to be. Though the song comes from a sad place, the overarching themes are of love, renewal and a hope to make amends”.

“Musically the track shows my unashamed love of OMD’s brooding moments on their Architecture and Morality LP. This wasn’t intentional, but in some ways inevitable.” 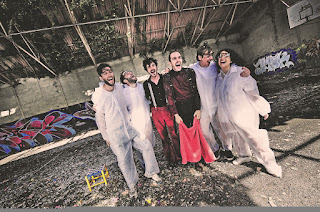 Seven years on from its initial release, Cardiff-based Quiet Marauder are set to unleash a contemporary reimagining of their record-baiting, format-stretching debut album MEN. Cut back from its original guise of 111 tracks and nearly five hours, its sister EP, 'Tiny Men Parts', clocks in at a much more manageable nine songs (and just over 25 minutes). Released at the end of November, 'Tiny Men Parts' is a celebration of Quiet Marauder’s live band over the last few years, stepping away from the lo-fi, bedroom aesthetic of their debut and embracing the bombastic rock conjured by the group as a whole.

Recorded in Rat Trap Studios with Tom Rees (Buzzard Buzzard Buzzard) at the helm, the remit was to channel the sweaty joviality of a dive bar gig - something even more poignant in the context of coronavirus. This feat was accomplished with aplomb on the punk-rock bassy, bangy scuzz of previous single 'Eggs!' and is repeated throughout via tracks such as 'The Business Deal, Lucky Tonight' and 'I Want A Moustache, Dammit'. Naturally, these tracks and the EP as a whole, share the same thematic and lyrical concerns of its longer predecessor; a study in the darkness of toxic masculinity, lad banter and the insidiousness of gender inequality.

Released by Bubblewrap Collective, 'Tiny Men Parts' will be preceded by digital single 'The Animals Are Spying On Me' on 28th October, lyrically about human capability for irrational and yet somehow intractable paranoia. Following that the full EP will come on 27th November, arriving in limited edition heavyweight white ‘fried egg’ vinyl with accompanying ‘real man’ temporary tattoos.

This record is a celebration of the longest-serving live incarnation of Quiet Marauder, as well as a reimagining of our ridiculously long debut album, MEN. Way back when, seven years ago in 2013, a lot of that album was recorded by one man banging a frying pan on an inflatable mattress in the Cardiff suburbs. As fun as that was, fast-forwarding to 2020 and the tender touches of Tom Rees in Rat Trap Studios capturing our innate rock rawness was one thousand times more rewarding. Huge thanks to Tom and Ed Truckell for their tracking and mastering, Bubblewrap Collective for still indulging our whimsy and to the kind souls reading this who, we assume, have not stolen this or in the midst of destroying it...and of course, the Quiet Marauder players responsible for making the fundamental noises in the tiny grooves of this disc. 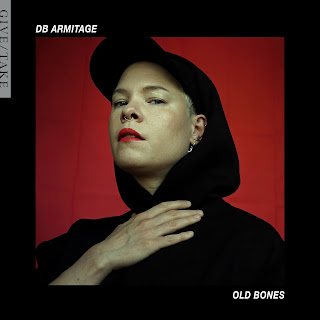 Berger deftly combines her dazzling voice with elements of 1980’s dark wave and art pop, while drawing on her eastern European heritage. Having always been an outsider, DB Armitage now creates work that is both luminous and transfigured, bringing the listener into her own unique world without compromise.

"Old Bones", DB Armitage’s debut single, is about letting go. The song and video capture the feeling of leaving our old selves behind during times of inevitable change, often without permission.

By paraphrasing lyrics from “Space Oddity” by David Bowie, "Old Bones" places the listener in Major Tom’s head, listening to his thoughts as his spaceship leaves Earth. 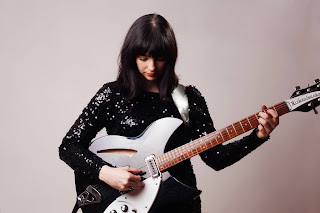 With her brand new track Heavy Lifting, rising singer-songwriter Roxanne de Bastion delivers a beautiful moment of catharsis as 2020 draws to a close. A requiem for a difficult year, the Bernard Butler produced track is a timely piece of ethereal pop that showcases the purity of Roxanne’s voice and her keen lyrical perspective.

About Heavy Lifting, Roxanne says: “We live in a world where we tend to keep all our hurt, fears and anxieties to ourselves. We share the peaks and not the troughs. Heavy Lifting is about the quiet, dark moments we usually battle with on our own. Writing this song has definitely helped me with my struggles - I hope it can provide comfort for others too”

The release comes at the end of a trail-blazing year for Roxanne that saw her embark on a virtual UK tour, the first of its kind, during the early stages of lockdown. Performing on social media accounts of various independent venues around the country, the tour came in support of the #saveourvenues campaign and her critically acclaimed single ERASE, also produced by the legendary guitarist Bernard Butler. The tour received features in The Metro and Huffington Post, as well as a mention on BBC News. ERASE was played on BBC 6 Music, Absolute Radio, BBC Introducing, BBC Radio Wales (Janice Long), BBC Radio London and was track of the day in Clash Magazine. Roxanne was artist of the month on BBC Introducing Coventry & Warwickshire in July.

Brought up between Berlin and the West Midlands, she grew up obsessed with The Beatles and Alanis Morissette, and was soon determined to become a musician. To those ends, she left Berlin for London straight from high school and - with no financial support and no contacts in the city - got by balancing hospitality and admin work with the 90-odd solo gigs she played per year across the U.K.

Having built a loyal fanbase, her crowd-funded debut album, Heirlooms & Hearsay, arrived in 2017, leading to support slots with Lambchop, the Wainwright Sisters, and triumphant shows at Glastonbury, Cambridge Folk Festival, a packed album launch show at London’s Roundhouse (Sackler Space) and support from PRSF Women Make Music fund. In 2018, Roxanne played a sold-out show at The Lexington to celebrate the launch of her book, a tour diary called ‘Tales from the Rails’.

Meanwhile, Roxanne’s remarkably self-sufficient approach was recognised by the FAC (Featured Artists Coalition) who invited her to join its Board Of Directors, advising and representing artists alongside Imogen Heap, Radiohead’s Ed O’Brien and Blur’s Dave Rowntree. Roxanne also created FM2U, a music conference specifically from and for musicians, which aims to empower & educate as well as create a strong community of artist entrepreneurs.