Sean Listro is a solo alt rock artist from Toronto who has just shared 'Feel Your Touch'. The song conveys a sense of heartfelt feeling through some engaging vocals whilst the musical arrangement gradually builds with intensity. ===== theWorst shared 'Yes Regrets' a few days ago along with a live video. The track mixes subtle refrains with some full on and epic blasts of potent rock, the vocals demand attention as does the bands feisty musical delivery. ===== Lokoy just released 'a mistake' accompanied with Emilie Østebø. It's a fabulous indie pop/rock song with melodic vocals and a mass of gorgeous hooks throughout.  ===== We featured Paper Fishes 'Instant Happiness' album in full back in July which includes 'All Your Lives Are Dreams Played Inside My Head'. However having just released a new video for that song and because it's just so good, here's the video as a reminder of this really fine album. 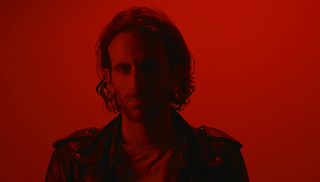 Toronto's solo alt-rock artist, Sean Listro, has an uncanny ability to draw the listener in with his moving, operatic voice—drawing comparisons to Matt Bellamy of Muse. A song from Listro takes the audience through a whirlwind of soundscapes. Each track is a pocket dimension of Listro’s choosing, featuring dizzying guitar hooks, enchanting piano, and staccato drum fills. Though he is relatively new to the scene, Listro commands his craft like an artist produced to churn out stadium anthems.

Whether it's the feeling of despair or joy you're looking for, Listro has you covered. His latest single “Feel Your Touch”, which releases on November 27, 2020, will appeal to anyone who has had their heart broken and needs a creative vice to indulge in.

From his own words, “Feel Your Touch,” is a song about “intense infatuation where you confuse amazing chemistry for true love. Both people know they aren’t right for each other. Their internal values aren’t compatible, and their personalities and lifestyles differ too greatly, but their physical chemistry keeps them coming back until it becomes a dangerous roller coaster of emotions. They become each other's addiction.”

His sound is influenced by his heroes, artists most notable for their experimental sounds,
such as Pink Floyd, Radiohead, Coldplay, Led Zeppelin, Nine Inch Nails, and Hans Zimmer. Listro’s wall of sound approach also melds together a dark, yet energizing spirit. 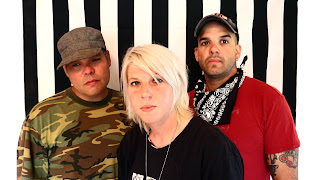 The official music video for 'Yes Regrets' by theWorst, the band that Alternative Press calls "...the glorious love child of Joan Jett and Kurt Cobain." The song is the title track to the upcoming sophomore album by the band and is slated for release in the spring of 2021 on RascalZRecordZ.  The track also features the legendary Dana Colley (Morphine, Vapors Of Morphine) on baritone saxophone and was produced and recorded by Will Holland (Pixies, Fall Out Boy, Dead Can Dance) at Chillhouse Studios in Charlestown, MA. 'Yes Regrets' was released as a single on Black Friday 2020 (November 27).  The music video was filmed and directed by multimedia artist Sparxsea.

Hailed by Alternative Press as the "...glorious love child of Joan Jett & Kurt Cobain," theWorst has been on a meteoric rise since their inception.  Led by bandleader and true survivor, Brooke Binion, the band has gained a reputation as a one-of-a-kind raucous live act, fueled by an aggressive raw sound, anthemic songs and a brutally honest lyricism that is rare in today's highly commercial and often fabricated mainstream music scene.  Having toured nationwide and coast to coast since 2016, the theWorst is comprised of Binion on lead vocals and guitar, alongside Will Bradford (SeepeopleS) on bass and Craig Sala (Paranoid Social Club, Kurt Baker, Planeside) on drums.

The band earned wide critical acclaim with the release of their debut album Jane Doe Embryo (RascalZRecordZ 2017), and the recent release of their new single, 'Blacksheepish,' all produced by by Will Holland (Pixies, Fall Out Boy) and recorded at the legendary Chillhouse Studios in Boston, MA. Recently, the band dropped a new single for charity, entitled 'Lifer,' on the non-profit record label CommunityZ RecordZ, with all the proceeds going to the local Maine charity, Maine Trans Net, an organization that supports transgender people and the challenges they face in today's world. 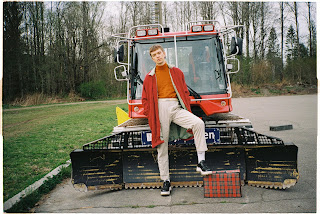 Lokoy - a mistake (With Emilie Østebø).

Norwegian artist and producer Lokoy today releases new single "a mistake" with Emilie Østebø. The new single is lifted from Lokoy's upcoming debut album Badminton, out January 22nd via Propeller Recordings. Lokoy is also today announcing the album's track list and album artwork - both of which can be found further below.

New single "a mistake" builds upon Lokoy's eclectic releases to date, this time leaning more toward his work as bassist for Stavanger punks Sløtface. A soaring indie-pop cut matching whirlwind instrumentals with emotive vocals, "a mistake" was born originally from one of Østebø's own demos, before taking it into Lokoy's home studio with the assistance of Sløtface guitarist Tor-Arne Vikingstad.

Speaking on how the collaboration came about, Lokoy said: "I first met Emilie when she was playing support for Sløtface a few years back and I remember all of us thought she was the greatest support band we’ve ever had. Earlier this year we met in my studio together with Tor-Arne and just kept cooking on Emilie's demo. We added a ton of guitars, and some dirty bass-synths and drum machines and BOOM. It just fell together nicely."

Adding more context to the lyrics, Oslo-based 20-year old Emilie Østebø said: "It’s nothing too complicated; it deals with the relationship between two people, the dynamic between them. Often I feel like songs are a parody of yourself. The chorus of ‘a mistake’ is sort of a parody of the self-indulgent things you imagine saying to a person you’ve just had a fight with. I wrote the melody of the post-chorus on guitar, but Lasse had the idea to sing it instead. The childish and sarcastic tone of that melody when sung perfectly communicates the petulance of the lyrics."

Lokoy's debut album Badminton, at its core, is a dizzying no-holds-barred exploration of pop. His futuristic, charming production the constant throughout; across the 15 tracks he brings to the table a host of exciting new Norwegian talent, including Nils Bech, Safario, Moyka, and Sofus (amongst others hidden in the credits...)

However, it's on the album's title track and emotional (and literal) centrepiece where Lokoy comes into his own. A candid guitar-led track dissecting Lasse's relationship with his father; "What I wish the most is that all of our hugs are like the ones we share in ball courts" Lokoy laments atop of spiralling guitars and expansive production, providing an honest, playful examination of a father-son relationship.

In Lasse Lokøy you’ve got it all: bassist, singer, songwriter, producer, polymath and party-starter. Following previous collaborations and releases with some of Norway's most exciting prospects (girl in red, Jimi Somewhere, dePresno), Lokoy has quickly become one of Oslo's most in-demand producers and collaborators.

Beginning his solo career back in 2018 with his “Can We All Go to Bed” EP, he was swiftly praised for his unique production flair and sonic ambition, by the likes of NME, DIY Magazine, The Line Of Best Fit, Clash Magazine, Dork Magazine and more. Now with the impending release of debut album Badminton, Lokoy looks set to align himself with some of the most exciting young producers, not just in Norway, but in the world.

Lokoy's new single "a mistake" with Emilie Østebø is out now. Debut album Badminton is out 22nd January 2021, via Lokoy (under exclusive license to Propeller Recordings). 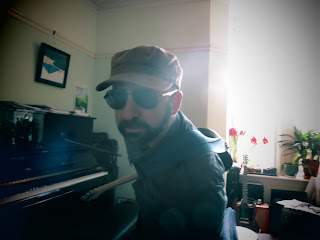 Paper Fishes - All Your Lives Are Dreams Played Inside My Head

The video for ‘All Your Lives Are Dreams Played Inside My Head"’ was conceived and shot by Paper Fishes singer Andre Levy during a two-week self-isolation period in the autumn of 2020. Filmed in black and white with a stationary camera, rudimentary set, low angle and cramped frame, the video draws on the song’s introspective lyric, its sense of dislocation, and its interweaving themes of failed expectations, restless nostalgia, lost loves and fraying relationships.