Natalie Bouloudis returns with her third single 'Coal' taken from her forthcoming E.P. due at the end of January. We have featured Natalie a few times in recent years and have always been impressed with her distinctive and atmospheric music which this time manifests itself in dynamic alt rock form. ===== Today Lauryn Peacock has released 'Coming Over Me Again' and it's a rhythmic indie rock song where the vocals carry the melody on this catchy track. ===== Red Red have shared their new single 'Long Black Train (Feat: Belle Starr)'. Energized blues rock and fabulously natural vocals and harmonies make this a hook filled piece.  ===== Zurich-based, New-York-raised Jonas Blumer aka Safe Upstairs has just released 'Everything Went Away' which is a gritty and addictive song, his vocals and incredible lyrics are highly engaging. ===== The Mahones lates album is self explanatory enough, it's titled 'This Is All We’ve Got To Show For It – The Best of 30 Years'. Lovers of Irish punk and Celtic rock are probably familiar with the band, if not dive in, it's streaming in full below and an absolute joy to listen to. 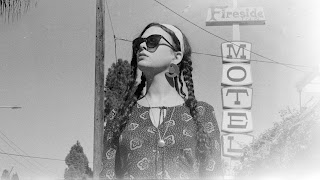 ‘I never noticed the stars before, I always thought of them as great big diamonds that belonged to someone. Now they frighten me. They make me feel that it was all a dream... a form of chemical madness.’ - FS Fitzgerald, The Diamond as Big as the Ritz

Gutsy folk-noir singer-songwriter Natalie Bouloudis returns with her evocative new single Coal, musing on the unravelling of a relationship, through the shimmering lyrical metaphor of diamonds and coal, colliding in a stormy soundworld. Emerging from a sea of haunting reverb and fuzzy blues tones, Coal channels Is This Desire? era PJ Harvey, the cinematic punch of Weyes Blood's The Innocents, and the poeticism of Karen Dalton, whilst also offering Bouloudis’ own unique handling of beauty emerging from the darkness.

Bouloudis sings of hard lessons learnt, soaring from vulnerable to vengeful in tone, through a dramatic gale of gritty guitar arpeggios, brooding rhythms and biting violin. “It’s that moment when reverie dissolves into a nightmare and something which once felt so precious becomes painfully worthless,” she says, reminding us diamonds might be forever but you can't expect the same level of permanence when it comes to matters of the heart. 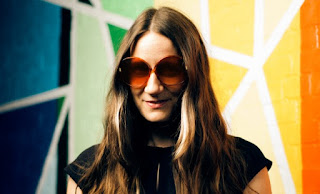 Lauryn Peacock - Coming Over Me Again.

Lauryn Peacock announces her first single in five years, “Coming Over Me Again.” Due out December 4, the single elicits phantom memories that resurrect the carefree spirit of youth. The standalone single’s uplifting beat and soaring melodies reintroduce Peacock as an artist ready to fly as she prepares for the release of her upcoming album in 2021.

Peacock wrote the song during the height of quarantine. She says, “All the time alone left me able to think, to really dig into some great memories. At times, they felt embodied, like I was being visited.” An intentional 90s production style captures the hint of nostalgia with vocals tucked into the music in a way that makes you want to turn the song up and up.

Lauryn Peacock rounds out the classical training in piano that reaches back into the beginnings of her childhood with 18 years of ballet and French. She toured the East Coast playing synth and organ for Philadelphia’s mewithoutYou and had the opportunity to play with Wilco’s Jeff Tweedy during two house concerts for charity. On her first records she worked with co-producer Daniel Smith (Sufjan Stevens, Danielson Family) as well as collaborated with Denison Witmer (Asthmatic Kitty Records) and composer Joshua Stamper (Sufjan Stevens collaborator, National Endowment for the Arts, MacDowell Fellow). This all contributes to WXPN proclaiming: “Lauryn Peacock has the range of a musician who’s been playing her whole life.”

Lauryn Peacock · Coming Over Me Again 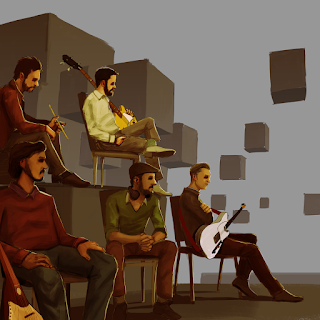 Coming from the crossroads of Europe, Red Red(USA/BE) is an unlikely cross-pollination between psychedelia, 70s guitar rock, blues and hip-hop turntablism.

Led by an ethnomusicologist and multi-instrumentalist from Ohio, Red Red is formed from the finest musicians from the Belgian roots, blues, and jazz music scenes.

Turntablist DJ Courtasock fills out the lineup, adding layers of sampled sounds from all over the world. Long Black Train, their first single for the NAKED label, puts all of Red Red’s influences together into a sound that is both completely new but still has something for fans of The Black Keys, Howlin’Wolf, Urban Dance Squad and Led Zeppelin. The B-side, the American roots traditional In The Pines, turns the song on its head with sounds and rhythms from North and West Africa. 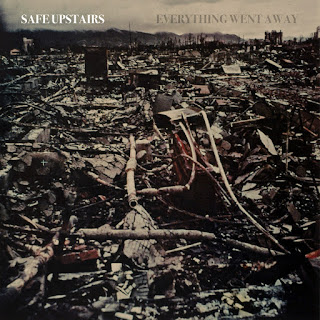 Safe Upstairs - Everything Went Away.

There's an incredible coolness in Safe Upstairs' new single 'Everything Went Away'.

It's been recorded by Zurich-based, New-York-raised Jonas Blumer: He's the man behind Safe Upstairs. After gaining a lot of attention with his former singles in spring, he now sings about severe topics.

Or to say it in Safe Upstairs's own words: "There are always more than enough reasons to be sad and depressed. Sometimes you just have to be able to press pause end enjoy a couple of minutes without questioning the decisions you made in the past. They were probably all wrong. But that's ok. You will always have your memories of the good old times, as you might call them".

All tracks have been created in Safe Upstairs' own home recording studios. 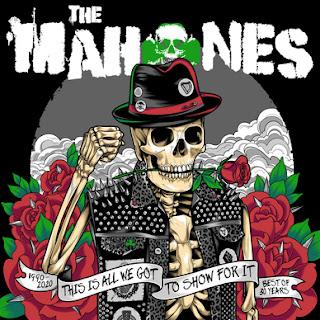 The Mahones are a Canadian Irish-punk band, formed in 1990 by Dublin-born Finny McConnell, as a one-off band for a St. Patrick's Day party. Encouraged by a positive reception, McConnell decided to pursue the band full-time. The Mahones have released thirteen albums to date with their most recent, Love, Death, & Redemption, being released in 2018.

Heralded as pioneers of the Irish punk scene, beloved six-piece outfit The Mahones, have announced a special 30th Anniversary retrospective, This Is All We’ve Got To Show For It – The Best of 30 Years to be released via True North Records today December 4, 2020.

This comprehensive retrospective captures many special moments with surprise guests on intimate stages over the decades.