We shared an E.P by Remington Super 60 at the beginning of the year and it's good to have them back with today's new single release 'I Won't Change My Mind'. The bands smooth flowing indie music is notably melodic and intimate on this new track. ===== Mood Taeg double A side release is a feast of German musical influences from Kraftwerk to Can indeed the first song 'Corpora' is reminiscent of both bands, whilst 'Konkord' sees the duo put more of their own mark and styling into effect, both songs are wonderful. ===== We have had the pleasure of featuring Ali Horn a couple of times in the past and today's release 'End Credits' is another fine song, with a bright and rhythmic musical backdrop and his distinctive vocals adding plenty of feeling. ===== Wynnm returns for a third time this year with 'Falling From The Stars' a song that sees her attractive vocals upfront above a more restrained yet intricate musical arrangement. ===== Yesterday Lorna released her first E.P 'Who I Really Am' from which we have 'Go On And Breathe' which makes for a good representation of this imaginative singer songwriters four song collection. ===== Earlier in the year we shared two tracks from today's E.P release from Casual Fan entitled 'I've Dreamt About These Days' and I think it's fair to say all eight songs are of a very high standard where alt rock melodic and sweeping vocals and harmonies are everywhere. 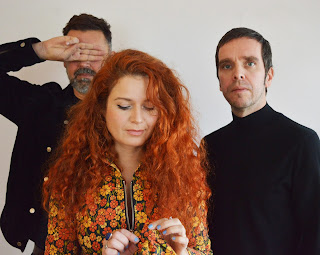 I Won't Change My Mind is the second single from Norwegian band Remington super 60's upcoming EP, due to be released February 2021. The theme of the EP as well as this song is very personal to the band due to the breakup between Remington super 60's producer Christoer and singer Elisabeth.

They are still good friends and have continued their musical work together Remington super 60 was founded by Christoer Schou in 1999 as a bedroom DIY project, between 1999 and 2007 the band was very active on the indie scene with several albums and EPs released on various small labels around the world. The early music style was very inspired by 60s music such as Beach Boys and Burt Bacharach but with the addition of lots of Casio keyboard blips and beeps.

Christoer has an impressive collection of small Casio and Yamaha keyboards. This resulted in the band being labeled as a Casio pop band. After 2007 the band only gave a few life signs every now and then. But since 2019 they started to produce a lof of new music again that resulted in the EP "New Ep" released January 2019. Musically they have now been labeled more or less a dream pop band by various blogs.

The band is still a DIY project although not based in Christoer's bedroom but in his living room. “Remington super 60 know how to cut a track” - Super world indie tunes “Dreamy sounds from Norway” - Tonspion.de “Remington Super 60, «The highway again». En ekte drømmelåt” - Kultur magasinet PLNTY “what matters most is that they sound just as delightful now as they did back in ’98” - Austin town hall “beautiful dream-pop” Barry Gru Remington super 60 2020 consists of: Christoer Schou, Elisabeth Thorsen and Magnus Abelsen. 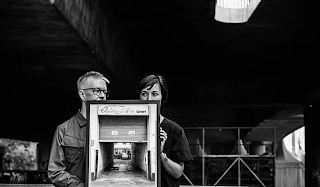 Mood Taeg (pronounced mood tag) is a Scottish / German musical project located between Düsseldorf and Shanghai. Mood Taeg create music that incorporates the motorik drumming of Klaus Dinger and Jaki Liebezeit; the melodic sensibilities of Neu! and Kraftwerk; and the experimentation of Can, Cluster and Harmonia to produce instrumental compositions that are contemporary and, at the same time, fit exactly within the lineage of their influences.

Mood Taeg see their music as uncompromising but totally accessible. They don’t believe the form dictates the art. For them, the art dictates the form. Thus, songs may often be 10 minutes long with motorik grooves punctuated with vocal samples, ethereal synths and angular guitars. On this new single the band add extra elements to their sonic pallet. The A side, ‘Corpora’ has been tightly edited with pulsing electronics at the forefront, creating a soundscape that is as much dreampop as it is krautrock. The AA side Konkord is part of a collaboration with Dundee Poet Andrew French. Its spoken word vocals in a distinctive Scottish twang add an edgy lo-fi indie-rock dimension, akin to that of Glasgow’s Arab Strap.

Mood Taeg record all of their music at their home studio, Lowell’s Garden. They are also part of the wider Mood Taeg kollektiv which includes musicians, graffiti artists, DJs, photographers, painters, and video artists. 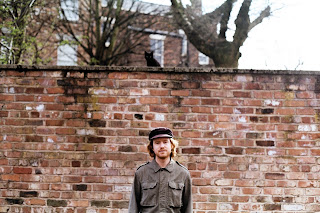 ‘End Credits’ is a nihilistic yet optimistic track about slipping into the unknown of the afterlife. Musically joyous, lyrically dower this track perfectly sums up the highs and lows of realising our human condition as we hopelessly and defiantly trudge towards the end.

More dance-y than his previous work and making use of a wider range of interesting instruments, Ali self-produced this track at his home studio in Toxteth, Merseyside in May 2020 collaborating with Ste Cole of What? Studios to add drums and mix the track.

The only thing we know for sure is that we can’t stay here for long. We’re a speck of light reflecting off a fractured fragment of smashing glass in slow motion. There for a second and then gone. But let's have fun while it lasts. You can’t hide for the inevitable.

2019 saw Ali Horn release his debut E.P. ‘It Wears Off’, six songs exploding with hazy pop hooks and sunburst psychedelia, with themes that stray between life, death, love and paranoia. 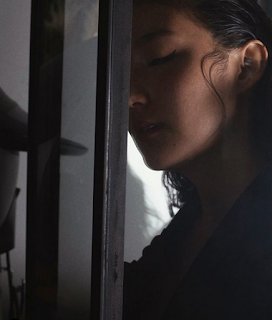 Wynnm - Falling From The Stars.

Falling From The Stars is a bold snapshot of Wynnm's music evolution and, with her new EP in the works for 2021, an exciting peek at what’s to come from a multi-talented artist who crafts a new world with every piece of music she makes.

New single Falling From The Stars is a downtempo, electronic, indie song, where she brings together her unique mix of styles. After 2 minutes and 45 seconds you only want to do one more thing and that is press repeat.

Wynnm about her new single: "Falling From The Stars, as a song, asks you to walk the path towards the stream of consciousness. To alter reality, and to not trust what you once trusted. A fusion of nostalgic sounds and forward vocals, winter will be better with this song."

Much acclaimed debut EP Moonwalking, released earlier this year, gave Wynnm the attention she deserved with rave reviews and radio airplay all over the world. Her music can now be heard on radio in the USA, UK, Germany, Netherlands, Belgium, Australia, New Zealand, Canada, France, Russia, Ireland, Mauritius, Switzerland and Austria. Also her singles could be found in the Apple Music iTunes Charts in 44 countries worldwide! Falling From The Stars is released today 11 December 2020.
TCBYML · Wynnm - Falling From The Stars 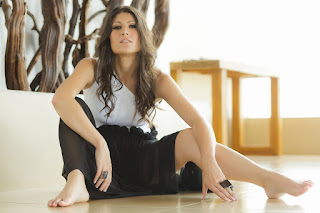 Lorna - Go On And Breathe.

Who I Really Am, the first EP of singer-songwriter Lorna’s new Inspiring Conscious Pop project is coming on December 10th. The EP with original songs is the result of the Las Vegas-based singer's deep emotional conversations with followers of her new Facebook page, released right after the pandemic hit, back in May.

With a unique style that combines ambient music, Enya-like hypnotizing beautiful vocals, and emotional pop lyrics, Who I really Am, is a balm for the soul of the listeners, bringing comfort to their hearts and not rarely bringing tears to their eyes. In times when there is plenty of negativity and fear in the world, and when so many are hurting, emotional songs like “Go on and Breathe”, and “You Are Enough” transport the audience to a place of peace, hope, and positivity.

“I started this music Facebook page to create a community of people supporting each other to stay positive and to grow into self-love by developing themselves mentally and spiritually. To spread love and to comfort, but at the same time to empower them to feel strong and worthy, to overcome their challenges and to be happy”.

Soon enough, the engagement rate on Lorna’s page went through the roof, and people started sharing with her how overwhelmed, lonely and hopeless they felt sometimes, especially since the health crises started. That is how the songs of the new EP were born. With the intent of bringing positivity and encouragement.

Nowadays, even with a relatively small community of 15 K followers built in 6 months, Lorna’s Facebook engagement rate climbs up to 201 %, which shows how strongly and deeply she’s connecting with her audience when comparing these statistics to some of the biggest names on social media.*

Lorna is a multicultural influencer. Of English descent (her last name is Earnshaw), she was born and raised in Argentina and lived for years in Brazil before moving to Hollywood to teach vocal technique at a Los Angeles’ music university in 2013. She started building her Youtube channel in 2008, teaching singing lessons in Portuguese and English and helping students to believe in their dreams, with some of her videos reaching 1.2 MM views organically. As a voice coach, she has taught more than 1000 students from 102 countries with her online courses and more than 350 one-on-one students in English, Portuguese and Spanish.

Lorna · Go On and Breathe (Lorna) 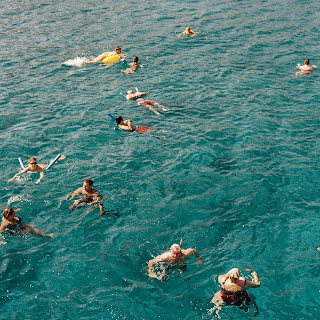 'I’ve Dreamt About These Days' was written between late 2017 and mid 2019, with most songs written while moving from Newcastle to Sydney in April 2019. Shortly after the move, friendships were made, a band was formed and songs were given shape and structure, going through several iterations before finally being captured during a week recording with Mark Myers at Big Sister Studio in Cairns, Sep 16-21, 2019.

The songs are primarily about movement between places. They were mostly written on acoustic guitar, but playing some sporadic live shows in 2019 allowed the songs to breathe and move beyond the confines of folk chords and simple lyrics.

'I’ve Dreamt About These Days' is a line in the second last song. It’s about growing up and realising that, while things are not what you thought they might be years ago when you were up late thinking about the future on a January school holiday midnight, the life we are given is usually more beautiful and meaningful than we give it credit for. In a sense, that’s what all these songs are about. Ultimately, the best thing about music is the friends we discover through making it or listening to it, and I’m grateful that writing and playing these songs has given me the chance to meet many wonderful people, who I now couldn’t imagine not knowing.