All Things Blue make their fourth appearance on Beehive Candy this year with the new single 'Buddha & Penelope'. The Los Angeles psych pop (& more) band have been consistently creative with each track they have shared ahead of their debut album, this final taster being another fabulous affair. ===== From Wales we have Tacsidermi and their debut single 'Gwir'. If you read the background piece below you may notice we have already shared some music from their Welsh counterparts and as a new duo they have created a wonderfully beautiful new song. ===== During the latter part of last year and the early part of this The Hempolics really impressed us and it's great to have a new video for 'In the Night' which is the final individual piece from their last album. Reggae and Dub fans may now indulge once again to this superb band. ===== We featured The Highway Women back in July with a video for 'Shake The Dust'. Now they have produced a new video for 'The Highway' and it's another powerful track from these fabulous country rockers. ===== We indulged with Silent Forum a number of times last year culminating with a full share of their Welsh Music Prize nominated debut album 'Everything Solved at Once'. Celebrating the first anniversary of said release they are back with a Charlie Francis Smokehouse remix of 'How I Faked The Moon Landing' along with an unreleased song 'Don't Overcook It'. Both songs more than deserve a good listen. 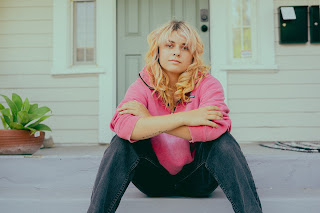 Los Angeles band All Things Blue have released the final taster of their upcoming debut album Get Bit – new psych-pop single "Buddha & Penelope". All Things Blue will also be streaming an album release show from LA venue Non Plus Ultra on December 10th. The show will be ticketed on a Pay What You Want basis, with all proceeds going to Bail Project.

The project of singer-songwriter India Coombs (aka Blue) and guitarist Jon Joseph, All Things Blue’s much-anticipated debut album Get Bit (out December 11th via Terrible Records) follows a series of hype-building EPs and singles, tackling the personal and the political with equal vigour.

New single "Buddha & Penelope" is accompanied by a stop-motion animated video created by Kat Bing. The track drifts in on the back of a lilting guitar line and relaxed drums, with the lyrics asking "How long ago were you someone's baby? / Your belly full, wrapped in warmth and safety". Directly highlighting the disparity between the wealthy and the homeless, especially in places like Los Angeles – the track's blissful psych-infused instrumentals offer up the perfect backdrop for India Coombs's sharp lyrics and sweet vocal tone.

Speaking on the release of the new single, Coombs said: “When I first moved to Los Angeles I met a houseless man named Buddha and his sweet pitbull Penelope. I saw them every Sunday for a few years and we came to know each other well. Having a relationship with someone so open and loving despite their circumstances created a deeper wonderment in my mind. It created a heartfelt realization of this morbid disparity between the rich and poor in cities such as LA. This song is an ode to people like Buddha and Penelope and how they deal with our shared reality.”

Taking inspiration from the weirder, psych-leaning corners of indie-rock, and especially Aussie psych legends Pond, whose latest album Tasmania tackles Australia’s own brand of climate change-related horrors, Get Bit brings together influences from across the guitar music spectrum. “Tipsy” is a loose, lo-fi romp that recreates the feeling of its title, while “Scratch" is a blistering 40-second tirade against unrealistic expectations, which sees All Things Blue bare their teeth and take cues from gutsy garage rock. 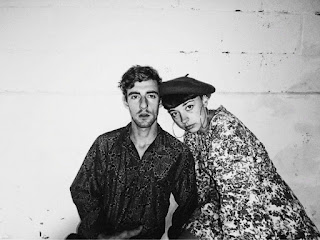 Tacsidermi could only have come to fruition as a project during the strange and uncertain year that was 2020!! It’s a positive reaction to all of the years negativity by simply channeling boundless creative energy into writing / recording songs to inhabit and escape within.

Gwenllian Anthony from the ‘Welsh Music Prize’ winning band Adwaith has been jamming and writing on and off over the last few years with Matthew Kilgariff. Matthew toured as a session musician with Adwaith during their post ‘Melin’ tours. It took lockdown for them to decide to form a bubble and move into Matthew’s studio in rural Carmarthenshire and start recording.

‘Gwir’ their debut single is a perfect marriage of both of their influences. With its 90s baggy grove and Flaming Lips twisted popness this is a bold first statement. The Brian Jonestown Massacre psychedelic textures, dancing along to a low-slung Breeders inspired driving bass brings a darkness to the song. It mirrors the uncertainty and emotional vulnerability of the lyrics and Gwenllian’s beautiful restrained delivery. 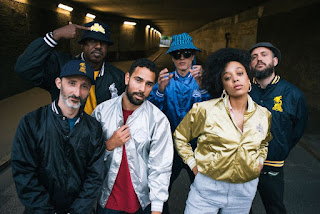 The Hempolics - In the Night.

The Hempolics release their official video for 'In The Night', which is taken from their sophomore album 'Kiss, Cuddle & Torture Volume 2'.

Vocalist Nubiya Brandon sojourned to Joshua Tree, California to direct and star in the video with the desert scenes at dusk complementing a dark slant on the end of a relationship. The vintage surroundings of time-frozen Americana are combined with the fresh yet backwards looking sound of The Hempolics to present an audio visual treat.

The album was featured by BBC 6 Music as their ‘Album of The Day’, was included in Rough Trade’s ‘Edit’, and its singles saw support at radio from BBC 1Xtra’s David Rodigan, 6Music’s Steve Lamacq, Don Letts, Chris Hawkins and 6Music Recommends, BBC 6 Music Mix Tape with Tom Robinson and BBC Scotland’s Vic Galloway. 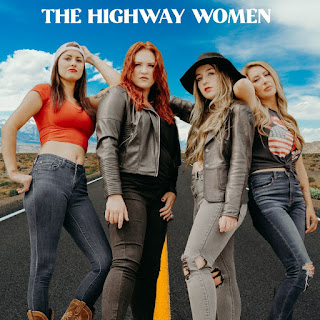 Inspired by their own movement “Be a Highway Woman”, Kristen Kae, Bonnie Dymond (Warner Chappel and BAHW Member) and The Highway Women’s Guitarist Dallas Duff, penned a song that embodies their fierce determination to make their mark in the music industry.

"The Highway" which released on October 30, 2020 generated a great response from their fans, so The Highway Women partnered up with Cowgirl Magazine to release a surprise music video celebrating  their fans continuous support of their journey. The Highway Women dropped their EP "The Highway" on November 27th and is featured on iTunes New Releases "Country".

The video depicts a fun road trip with The Highway Women (Kristen Kae, Drew Haley, Jess Paige & Bailey James). They celebrate their music and journey as a band on the road together. True to real life, their personalities shine through in the various scenes and showcase their sisterhood.

The Highway Women wanted to pay homage to their beautiful home city and state of Nashville, TN by featuring famous landmarks such as The Loveless Cafe (yes, they had biscuits) on the infamous Natchez Trail. With scenic drone footage, a cliche cruise in a convertible, a snack grab stop at a convenience store, they really bring their fans along for the ride. The girls bring their humor, charm and talent to the table with the creation of this music video produced by James McGettrick (Nashville). 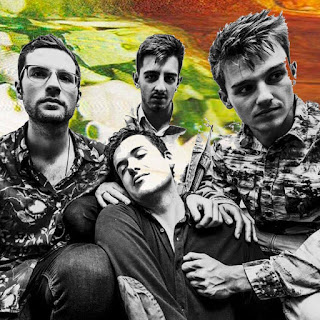 To celebrate the first anniversary of our Welsh Music Prize nominated debut album Everything Solved at Once, our producer Charlie Francis has created a bonkers dance pop remix of 'How I Faked the Moon Landing'.

We’ve also slipped in a previously unreleased song 'Don't Overcook It' which was recorded during the same sessions as our debut.

It feels good to be releasing something in 2020, a year where we have managed to (in between lockdowns) write a lot of material but have been unable to record or gig due to social distancing. We hope these two songs go a small way towards capping a crappy year off nicely!