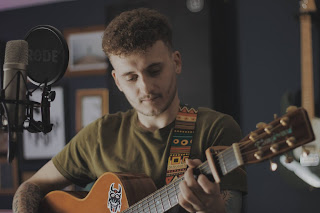 From Dylan - "My name is Dylan Brierley and I am a singer/songwriter. I have been performing covers and my own songs for around 10 years. I am currently releasing 6 new singles for my E.P."

Now an established acoustic singer, guitarist and songwriter, Dylan is completely at home as an entertainer. His music has a unique style he really shines when delivering his own music.

“Not Alone”  was written from a very strange time in my life when lots of things were changing very quickly, but the people around me helped me get through. I wrote this because I think it could help a lot of people. 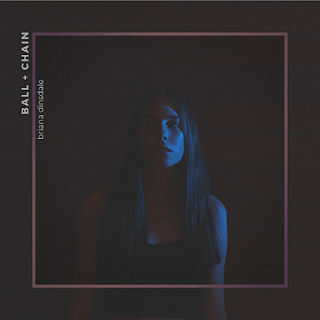 At only 17 years old, Briana Dinsdale is an emerging country music singer-songwriter based in Brisbane, Australia. She has been singing since she was 8 and writing since she was 10. She tells stories about her personal life experiences through unique lyrics combined with a melody which appeals to a wide range of listeners.

Ball and Chain is Briana Dinsdale's debut single. The song is targeted at modern country music listeners, particularly teenagers and young adults, in trying to get a message out that you have to let go of things in life (whether it is a person or a habit) in order to move on. This song is to inspire young people to keep going for their dreams and to help them know to not let others influence how they do what they love. 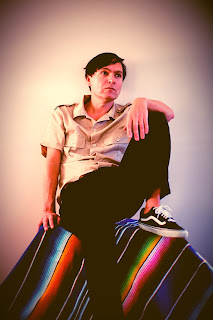 The school book depository is an imaginary storage facility where the Swedish musician and songwriter Fredrik Solfors releases his songs and videos. In April 2017 The School Book Depository released its debut album, a bunch of songs recorded in his home studio in Växjö, Sweden during 2016.

The motto for this project has always been ”it’s my party, I can do what I want”, in order to embrace all forms of creative outlet both musically and lyrically. The songs range from groovy, psychedelic hip hop to noisy and catchy garage pop and beautiful, atmospheric post-rock.

The album received a lot of good reviews both in Sweden and internationally.In 2019 the second album ”Bob and the Pitchfork Mob” was released and praised for its shameless diversity of creative takes on themes, genres and lyrics in both music and videos, all made in the same charming DIY-spirit as the debut album. Both albums placed in the top five of best albums 2017 and 2019 by the music site ”The Nordic Music Review” 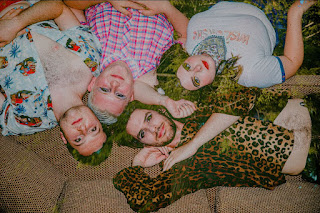 The Sonder Bombs’ upcoming album Clothbound weaves a narrative of loss, letting go, and losing patience with losers – and 'K.' certainly falls into the latter. Streaming everywhere today, the song makes masterful use of the band’s acerbic wit with instrumentals that match the inner turmoil, firing off all cylinders while winking to hardcore and metal.

'K.' is the latest to be released from Clothbound, the Cleveland band’s highly-anticipated new album, following 'Crying Is Cool' and 'The One About You'. Produced in Philadelphia during quarantine with Joe Reinhart (Hop Along, Beach Bunny), Clothbound captures a band burning at both ends – and it’s working.

For The Sonder Bombs, self-confidence starts when it crosses paths with self-analysis. Their debut defined a new era of socially conscious, unapologetic pop punk. The alt-folk quartet began as a duo in 2016, with Hawks and her writing partner Jimmy Wilkens trading off abrasive and melodic punches against a DIY universe which places gender politics at the bottom of a list of priorities.

Now, the Cleveland quartet have doubled down on their second record. 2018’s debut. MODERN FEMALE ROCKSTAR was their first bet: an all-caps attack against a male-dominated scene brandishing a ukulele and dry wit as chosen weapons. A year and some change passed, where their relentless touring ethic and tough love caused a homegrown fan base to explode worldwide. Clothbound, like the title suggests, weaves a different narrative—one of loss, letting go, and losing patience with losers. If the first record introduced unapologetic sensitivity, Clothbound searches for the root causes of other key elements.

Blending together the folksy and the fiery can be cartoonish if not executed properly. On paper, adding a ukulele to a pop-punk band’s arsenal seems like an eyebrow-raising proposition. Luckily for The Sonder Bombs, the uke enhances the band’s self-assured humour and balance, creating a dynamic, nuanced counterpoint to frontwoman Willow Hawks’ acrobatic vocals and shimmering guitars. Hawks assures her listener base that the ukulele isn’t the product of a cutesy bygone era, it’s a weapon in a battle to be taken seriously in a male-dominated scene.
bsmrocks · The Sonder Bombs - k.