New Welsh outfit 'BOI' have announced their highly anticipated debut album entitled 'Coron O Chwinc' which will be released on the 25th June via new Welsh label Recordiau Crwn. The first single from the album is 'Cael Chdi Nol.'

'BOI' create a big, melodic, unapologetically drum and guitar driven sound, with lyrics and melodies that explore the big issues of our times and the human state. These 10 songs off “Coron O Chwinc” were recorded in various spaces around Wales, and were then mixed in the capable hands of Dafydd Ieuan (Super Furry Animals)

Osian Gwynedd and Rhodri Siôn were members of Beganifs/Big Leaves for 15 years and more, and recorded several albums and EPs under various labels, with their hits including Seithenyn, Meillionen, Cwcwll and many more. The group gained huge success in Wales during the 1990 and 2000s and performed throughout the UK and further afield with bands such as Catatonia and Super Furry Animals. Their English-language single Racing Birds was Single of the Week on Mark and Lard’s Radio 1 show. 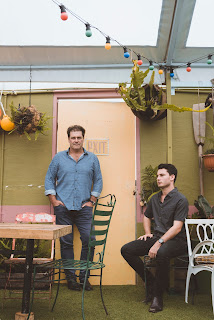 Inspired by the romance of Australian story, Jason and Jack Freckelton, create music that celebrates the simple moments in life including love, loss and everything in between.

“The Note” is the fourth single lifted from their second album due for release later this year and takes us straight to the scene of the crime. Jangled guitar riffs and shuffling drumbeats set the mood for a song about love, revenge and consequence.

Produced by Golden Guitar winner, Lachlan Bryan and co-conspirator, Damien Cafarella - “The Note” - plays on the tension of the scene and showcases the band’s trademark dark humour. Frecko’s new single, “The Note”, is out now. 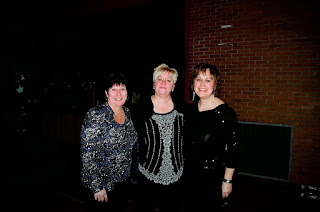 Women In Song - But I Knew Her When.

All-female Blind River, ON-based singer/songwriter trio Women in Song reflect on the hopes and dreams of their parents who have suffered from, and eventually and sadly succumbed to Alzheimer’s Disease in this, their new single,  ”But I Knew Her When” — available now.

The touching and ethereal song is the latest to land from the Ontario-based all-female group’s debut LP, Life of a Woman. “But I Knew Her When” is a prime example of what to expect from Women in Song…

It takes chunks of inspiration from the likes of folk, pop and country music and fuses them all together into something beautiful, and features an astonishing progression of chorus-heavy chords on the acoustic guitar, the soothing melody of an airy violin, and the beautiful, yet haunting vocal harmonies of singers Lois O'Hanley-Jones, Debbie Rivard and Patty Dunlop. Women in Song are based out of the small town of Blind River, ON — just off the North Shore of Lake Huron — and began performing together over 20 years ago after a conversation at the kitchen table.

Though the tightly-knit troupe has been together for more than two decades, Life of a Woman serves as their premiere studio album. The record was released in mid-January, and inspired by the ladies’ respective families, friends and fans — from near and far. The concept of the 13-track album, according to the talented musicians, is the “reflection of the reality of our lives.”

“It speaks to women having a career and a family, having arguments with their children, having our children leave home and ultimately that we are good enough,” the trio revealed. “Our album is a perfect homage to women — to the Life of a Woman — as the title suggests.” Along with the rest of the album, “But I Knew Her When” was written, recorded, and produced in Blind River at the local Riverview Studios. The ladies like to call the charming hamlet the “Nashville of the North.”

Succinctly describing what they’re all about, the group called Women in Song a “musical experience that aims to delight your musical sensibilities and tickle your funny bone.” “We are fortunate that not only are we musically compatible but we are good friends. Every rehearsal contains tears and laughter,” the ladies concluded.