Having already gained enormous notoriety as the lead singer behind the Chicago-based art-rock outfit Oshwa, singer and songwriter Alicia Walter has now announced her plans for her first solo studio album ‘I Am Alicia’.

Showcased by the new single ‘Prelude’, ‘I Am Alicia’ looks to see her branch out from behind the confines of her previous outfit to explore a more multifaceted direction. Exploring a diverse array of genres including jazz, hip-hop, as well as her own distinct approach to alt-pop, her new collection sees her in her most adventurous guise yet.

The new track ‘Prelude’ perfectly sums up what we can expect from her forthcoming full-length. Expertly produced by Walter and Devin Greenwood (Sufjan Stevens, Steve Reich, Norah Jones), it sees her reach to the furthest corners of her creative minds and pull back something captivating from start to finish. The video, directed by Lisa Schatz, is a vibrantly colorful odyssey that sees Walter transcending different life forms on her path to self-actualization and enlightenment.

Speaking about the new album, she said, “I wrote my album I Am Alicia sequentially, starting with 'Prelude'! This song kicks off a wild journey exploring my identity, consciousness, and everything that makes me tick. 'Prelude' is about letting go of any inhibitions holding me back from evolving into who I want to be and remembering that sometimes real wisdom lies in not knowing, rather than assuming I do." 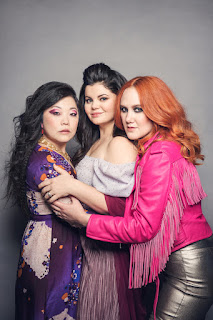 “We always joke that it started out by accident,” offers singer-songwriter (and former Voice contestant) Rebecca Loebe when asked about the fortuitous aligning of stars that officially brought her and fellow Austin-based troubadours BettySoo and Grace Pettis together as Nobody's Girl. “Well, actually, Grace and I like to joke that we tricked BettySoo into being in a band with us ...”

Whether it was sparked by happy accident or some manner of sly master plan, the magic of that union was undeniable from the get-go. That three of the loveliest voices in Americana and contemporary folk music could complement one another so beautifully might have been a given, but it was the songs they wrote together — songs unlike any of them had ever or probably would ever write on their own — that really made Nobody’s Girl, well, sing.

The band played more than 100 shows from Texas to Ireland in support of a 2018 EP, Waterline, and released some singles during 2020 as the self-titled full-length album street date moved to 2021. The “power of three” they share is captured like bottled lightning on the trio’s strikingly fun and assertive Nobody's Girl, out on digital, CD, and vinyl through Lucky Hound Music on July 30, 2021.

The album was produced (at Lucky Hound’s own state-of-the-art Studios at Fischer in the Texas Hill Country) by Michael Ramos, the Grammy Award-winning producer who helmed Waterline. In addition to Ramos on percussion and keyboards and the formidable rhythm section of bassist Glenn Fukunaga and drummers J.J. Johnson and Conrad Choucroun, Nobody’s Girl features arguably the deepest roster of Texas guitar heroes this side of a classic Joe Ely or Arc Angels record: Charlie Sexton, David Grissom, and David Pulkingham.

British/German singer-songwriter and producer Vanessa Anne Redd shares the hazy summer’s day psych-folk single ‘DC Drawers’ and announces details of her forthcoming third solo album Sweet Way Around. ‘DC Drawers’ explores the joy of the parade, body image and expectation in the age of voyeurism, and is described by Redd as “A story of angelic youth’s highs and lows, struggles, innocence, confusion, beauty and glory” which is turned by Redd’s wonderful story-telling into an almost Biblical tale of temptation.

Over the course of her three solo albums, Behind The Wall (2016), Zumbo Waxes (2019), and the forthcoming Sweet Way Around, Vanessa Anne Redd has mastered her own very distinctive and irreplicable sound. Redd‘s music is one of enticing, often contradictory, intricacies. It’s playful yet serious, pastoral yet at times garage rock-tinged, vulnerable but strong, gentle but driven, lush and melodic but with jagged edges, and both languorous and fierce. It’s also wonderfully childlike, in the simpler melodies but mostly in Redd’s sweet unembellished voice, yet also simultaneously swaggering and seductive.

Comparisons have been raised to PJ Harvey, Leonard Cohen, Angel Olsen, Holly Golightly, Regina Spektor, Hunky-Dory-era Bowie and 1970s Scott Walker. Redd’s talent is in recalling many greats whilst musically creating something unique, propelling her into what Loud & Quiet has referred to as  the “singer-songwriter premier league.”

As with most good singer-songwriters, Redd tells stories. Her songs take the listener on a journey but not one that delves into her own private life, but one that opens the whole world up widely to the listener, from the esoteric and existential to life’s nitty gritty realities. Books, art, philosophy, religion, psychology, spirituality, life and death and nature – amongst a myriad of other subjects have all been explored on her albums (past and present).

The philosophical, the spiritual, and our connection to Mother Nature are at the forefront of Sweet Way Around. It is an album about finding the ‘sweet way’ in life, as Redd expands, “It’s staring through windows, at trees and listening to birds. It’s about empowering yourself. It’s about the beauty of seclusion and creativity, the power of touch and of one another. It’s rolling moment to moment on the wheel of time. It’s about death and not being afraid of it. Above all, it’s about happiness and getting there.” 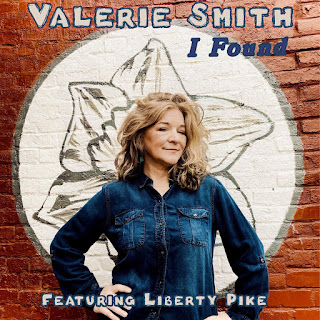 Valerie Smith found her newest single in an odd place; a recording by an  indie rock band from across the pond in England.     I Found is the second release from Valerie’s upcoming album,  Renaissance. Her first release, From A Distance, stayed on the Bluegrass Today Grassicana Chart for over 13 months and debuted No. 2 on the Folk DJ Chart.

Valerie recalls:“While driving along Tennessee Highway 82 to the recording studio I heard a song on the radio called I Found performed by an indie rock group known as Amber Run,” Valerie says “I was captivated by the melody, the passion, and the lyrics.”

Her band, Liberty Pike, was skeptical when they first heard the original Amber Run version, but they decided to humor Valerie and her new song idea even though they were rolling their collective eyes.     “As we began to make it our own,” Valerie says, “We came to realize that it fit like a glove and we just had to record it.”