Hailing from Venice, California, Monica's song CPH is a tale of female empowerment and staying connected to your inner-self whilst building a life on the other side of the world in Copenhagen.

Monica says of the release,"CPH is about the trip that tied up my adolescence with a bow and launched me into womanhood. It's an ode to the ending of what felt like the first chapter in my life".

As the 1st track from her Postcard EP (due out later this year when Monica visits Europe) CPH's seductive arrangement is mixed by Grammy winner Ryan GIlligan (Kanye West & Puerto Rican duo Calle 13) plus mastered by Jett Galindo, known for her work on the La La Land OST plus bands like Weezer, lo-fi soul artist Hayley Reinhart and others. 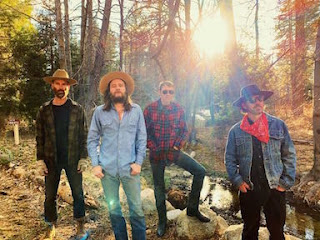 Toler Gibson is based in Idylwood, CA.  Kenneth Gibson and Gavin Toler have been in many indie bands (Bell Gardens, Furry Things, Winter Flowers, Old Gold), but they bonded over their love of country, folk, & psychedelic music and their upcoming album, The Days Before is the result of their mutual influences.

Their vocal harmonies are the main focal point threading the album. They weave their way through a tapestry of acoustic, electric and steel guitars that recall elements of country, folk and psychedelic rock.The band expanded when drummer Charlie Woodburn and bass player Rob Hume landed in Idyllwild from LA, then adding Drew Manne as their main pedal steel player.

Toler Gibson’s debut paints a picture with many colors and sets itself apart from your typical California Country release. Maybe because it comes from a higher elevation where the snow falls in the valley and the pines grow tall?  A place you might happen upon if you head west from Texas or south from the great northwest. The Days Before possesses an almost cinematic quality that tips it’s Stetson to classic country influences while simultaneously going far beyond them.

"Harlingen" is a Song written about Kenneth growing up in Texas. It's about his time spent with grandparents in Harlingen Texas and grandfather's death. It's about traveling from his home in El Paso to Harlingen every winter to visit canadian snowbird grandparents. It's about missing the Texas landscape and being far from home.

The video was shot in Idyllwild, Ca, El Paso, Texas, and Long Beach at co-director Alexander McDonald's and the fellow Texan's brother Mike McDonald's compound called Patrecio's. Patrecios is a 2 house (with a proper bar, stage, and trailer) compound in Long Beach, Ca with one side set up to look like Texas and the other side to look like Mexico. 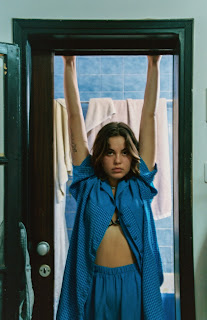 Tel Aviv, Israel - For Lia D’Sau, songwriting is a declaration. The 18-year-old singer-songwriter explores her thoughts on womanhood, relationships and social issues with maturity and curiosity, using music as her toolkit. “Having other people write songs for me seemed daunting, terrible,” says D’Sau.

“I’ve been taught to look deeper at the world since I was a child, and I have things I want to say.” Born and raised in Tel Aviv, Israel, D’sau grew up listening to her parents’ favorite R&B records, with her father being a former boy band member himself. D’sau began singing at age eight, eventually attending music camp in New York City at age fifteen.

Fusing her love of indie and the R&B she was raised on, D’sau’s debut single “Manboy” cuts deep. Her tender voice laments a breakup she initiated, gliding over acoustic guitar and synths that resemble breaking ocean waves. “Manboy'' is the first track off D’Sau’s upcoming debut EP, produced by her collaborator Midi Jones (Demi Lovato, Audrey Mika, Alessia Cara).

Lia is ecstatic to share her debut single, out this Friday. Here's what she had to say about it: "I wrote this song when i was 17 and had broken up with this guy i was seeing. My friend and I were talking about how I needed to start dating men and not boys, so that how I came up with the term "Manboy". I was hurt from what had happened in our relationship and just laid out our entire timeline for the verses of the song. Writing it ended up becoming a therapeutic way to have closure around what happened, and doing that on my own". 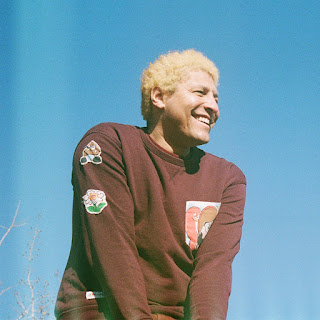 Alexander Saint is an artist with bloodlines, deeply tied to the Toronto music scene through his Guyanese-Canadian father, George St. Kitts. As a multi-instrumentalist, he crafts sonic portraits, telling stories through contemplative melodies, heartfelt lyricism and his trusty acoustic guitar.

Having travelled the world as a professional bassist, touring with such acts as Justin Timberlake (with Francesco Yates for the “Man of the Woods” tour), and playing award shows with such greats as Ed Sheeran, Alexander Saint now steps out on his own to show what he has to offer as a solo artist.

Described by platinum songwriter JP Saxe as “super sick.. He’s going to be big”. Saint’s music is a mature take of honest storytelling about loss, love, and getting off your damn phone. Taking cues from such artists as John Lennon, Bleachers and Michael Kiwanuka, he sets off to create a new identity as a mixed-black man in the alt-soul space.