After years of touring the world on bass with Cass McCombs, Delicate Steve, and many others, Noga (aka Noga Shefi) has regrouped to bring listeners The Alchemist -- a short collection of new songs out July 30. Inspired in part by Paulo Coelho's classic mysticist novel of the same name, The Alchemist follows NOGA's experience of untangling life's great dualities: dreams and reality, light and dark, known and unknown, self and other. Stream the title track, out today.

Written during a quiet period of time off in Israel, Noga recorded the EP back in NYC at the Relic Room, with Scott Colberg on bass and guitar, Jason Nazary on Drums, and Frank LoCrasto on piano and synths. The EP was mixed and mastered by Greg Saunier.

In the novel The Alchemist, the protagonist is made to take on a great quest spanning years and continents. It is not just about chasing dreams, but about the refinement of the alchemist's skill and ability to turn something worthless into gold. On "The Alchemist," the EP's titular, opening track, Noga grounds her anxieties by reminding herself that the heart and mind is responsible for how one experiences reality. Just as the alchemist can turn cheap metal into gold, Noga's songs are inspired by the magic of turning unfortunate situations into wisdom and love. 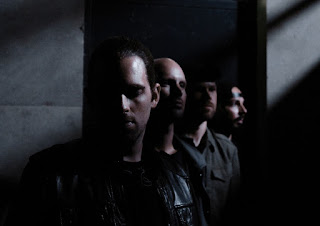 Phantom Atlantic - Heart out of Heaven.

Phantom Atlantic create cinematic alt rock for seekers. Since arriving on the scene in 2017, the Toronto outfit have crafted an atmospheric sound of intensity and pressure, welding Radiohead eccentricity to a Foo Fighters arena-rock frame of airtight guitar punch and chest-rattling rhythm.

Your View of a Former Me, the band’s upcoming EP, applies that schematic to a narrative cycle of looking inward for a way out. Co-written and produced by Steve Molella of Finger Eleven, it’s a sharp, precise, and volatile five-track collection that ends in step with its beginnings: understanding and accepting the futility of stasis, and the inevitability of perpetual change.

These two truths are earned over the course of Your View of a Former Me, a project and a title that chart a crooked path towards repair and salvation that never quite ends.

Phantom Atlantic · Heart out of Heaven 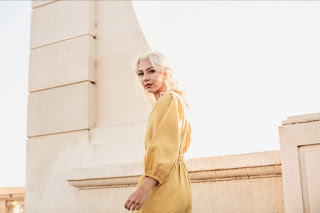 Violet Daze - Across the Bay.

The world of airy and delicate indie-pop welcomes Sunshine Coast singer-songwriter, Violet Daze with her debut release 'Across The Bay'.

A driving beat and a tinge of folk-pop, 'Across The Bay' embodies a soaring hook, shining guitar embellishments, and dreamy vocal soundscapes. Working heavily behind the scenes for the past three years, Violet Daze recorded her debut track with Billy Otto and mastering engineer Ian Pritchett (Kim Churchill, Dusty Boots and Caravana Sun).

The melancholic lyrics are juxtaposed by the upbeat style of the instrumentation, written in an ode to a past relationship breakdown but with revelation and reflection. Violet goes on to explain: "I want people to hear this song and not feel alone. I want them to feel seen. It takes courage to delve into the self-reflective process of a break-up and come out the other side."

Releasing alongside a beautifully shot video clip, the clip reflects the narrative of the track, and follows Violet Daze as she revisits places of her past love. "It was filmed in locations that are significant to me personally and I feel that energy carries through the music video. The premise of the video is going on a trip that you had planned to do with your significant other, that you are now having to do by yourself and exploring the wave of emotions that go along with that. It was filmed by Dale from Whaley Films and Rachael Baskerville who is the face behind all of the Violet Daze press images. They brought the concept together seamlessly", continues Violet. 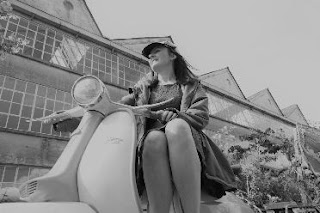 Freya Wolf - This Man Is Mine.

Freya’s music is a timeless reminder of the sensational sounds of the 60s and 70s drawing on influences such as Aretha Franklin & Nina Simone.

For me personally “This Man Is Mine” reminds me of Sandy Shaw, Dusty Springfield and the pure soulful music of a bygone era brought to life in these modern times.

Such a feel good track dropping just in time for the summer. “This Man Is Mine” is a track I know your listeners are going to love.