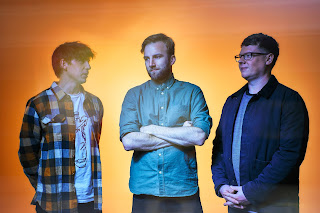 We Were Promised Jetpacks - Fat Chance.

Acclaimed Scottish rock band We Were Promised Jetpacks have announced their much anticipated brand new album Enjoy the View, to be released on 10th September via Big Scary Monsters. Along with the announcement they share single ‘Fat Chance’, which follows on from previous new single ‘If It Happens’, released via 7” this month. The new tracks signify a change in musical direction for the band, with ‘Fat Chance’ an ode to overcoming, and even thriving, despite the odds.

Lead singer Adam Thompson explains; “We started properly writing this album at the end of March 2020 when we realised that everything was going to be shut down. We had a US tour lined up in May but obviously had to cancel. So from March to June, we sent each other ideas remotely and collaborated that way. I was so glad we had a project to focus on when proper lockdown hit. When we were able to get into our practice space in July, we were finally able to jam and write more like we normally do. This song came out of those sessions pretty early on.”

Longtime fans of We Were Promised Jetpacks alongside music critics, often cite the band’s flair for writing infectious pop songs encased within grandiose guitar driven rock soundscapes, yet new single ‘Fat Chance’ offers a change of pace and a glimpse into what to expect from the forthcoming album. With tightly packed drums and cleverly woven guitar arrangements, the band prioritise the track’s melodic core with effortless dexterity.

“I was just messing about on guitar in our studio and got the verse chords and as soon as the other guys joined in, we had a song! We can sometimes spend weeks and months and years trying to get the right parts together but this one flowed. I finished the pre-chorus and chorus that day and sent the demo to the rest of the band and we were excited about it straight away” Thompson said. 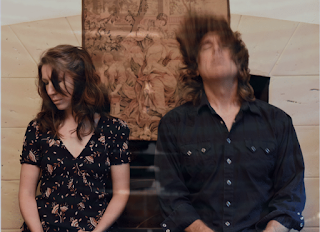 Critter Cabal serve up a rootsy and alternative double helping of hearty and wholesome rocking with the yearningly strident ‘Someday’ - with sentiments many will be feeling as we ease out of lock downs and reconvene with loved ones, followed up by the driving Detroit groove of ‘Denim & Paisley’ with distinctly New York lyrics that conjure chaotic and psychedelic nights in the city that never sleeps.

This New York experience is no fantasy or put on - despite the band now being based in Cardiff, Wales. Singer-songwriter Alex Nagle is a journeyman of sound and screen, originally from Rhode Island, USA. Raised in a musical household as step-son of a professional trumpet player for Gold record awardees Blood, Sweat and Tears, Alex grew up in the Chelsea Hotel and the East Village in New York City,surrounded by colourful creatives.

Alex then played around the L.A. music scene in the 90s in the Blackouts and Uncalled Four, both bands recording with Grammy nominated producer, Bruce Witkin. That’s also when Alex started exploring acting and voice over work and has never lost interest to this day. He appeared in Indie Films and infamously featured in 80s hairband, Cinderella’s “Coming Home” video. He isn’t allowed to forget it, not for one single day of his life. Later, in New England, he played in award-winning bands, The Chasers and Plan 9. 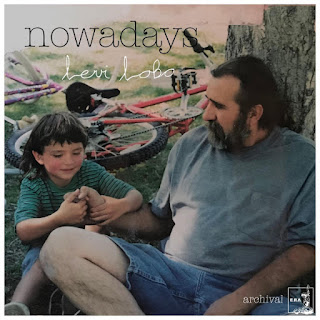 Levi Dylan Martinez professionally known as Levi Lobo was born on June, 23, 1994 in Albuquerque, New Mexico to born Liesa Renee McCarty an Artist and Gerald Donald Martinez, a pastor. His Grand Father, Alfonso Martinez was a City planner in Albuquerque before he retired.

His Great Grand Mother was from Apache decent on his fathers side and Great Grand Father from European decent. They settled from Texas into New Mexico with the migration and resettling of one the Apache tribes led by Geronimo.

I ain’t Bob Dylan’s grandson was written as a archive of Levi’s growing up not in a well known family but in one which saw poverty and sadness and it shows his struggle with his identity and the struggle of the economy as a whole. This song has Bob Dylan vibes and caries the story like fun of the old poets.