Singer/songwriter Sadie Campbell has released her new EP Darkroom. Campbell wrote Darkroom about her own mental health struggle in 2020, when isolation and uncertainty gave way to despair and, eventually, healing. On three gripping songs, the Canadian-born, Nashville-based artist tracks the mind’s disorienting descent into depression. “2020 for me felt like a darkroom," says Campbell, "It was a lot of isolation and alone time, but it was a place of creativity and development."

Last month, Campbell shared the EP’s effervescent opening track “Fade,” co-written by Vinnie Paolizzi. As Campbell explains, "’Fade’ is about finding comfort in the darkness. Being able to sit in the low points of life because you know they will eventually pass."

Holler.Country recently named Campbell New Artist of The Week saying, “Country-folk is built on the beauty of lyricism, but sometimes a particular musical interlude ends up saying far more than any one verse can. That's the case with singer/songwriter Sadie Campbell's single 'Fade.’ Across a slow, and increasingly intense, opening build of electric guitar, synths and vocals, Campbell captures the difficulty of breaking out of a darker moment.”

The Tennessee Star also spotlighted Campbell recently, raving that the “singer-songwriter has a strong sense of self, and the music that pours out of her is meaningful, purposeful, and it will draw you in like a moth to a flame.”

Campbell grew up in Pritchard, BC, a town so small she says it consists of just one general store. There, she sang in the church choir before taking off for the open-mic scene in Vancouver, ultimately dropping everything to try her luck in Music City, USA. Years of couch-surfing turned to a home in Nashville where Campbell found full-time work performing in the city’s bustling honky-tonks. No stranger to odd-jobs, she has worked as a mail carrier and karaoke host, and has serviced airplanes and flagged logging roads on ATVS in Canada. 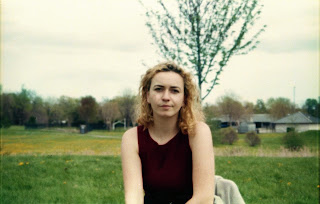 Now, after a college career studying jazz and playing in an R&B band, McCartney is preparing to release her genre-bending debut EP, How You Feel. Calling on her eclectic musical influences and experiences, the upcoming record generates an edgy, ethereal sound that celebrates McCartney’s buttery vocals and absorbing lyrical insights.

Here's what she had to say about it: "I wrote this song in my college house in Minnesota, thinking about the boy I had just left behind in New York, where I'm from. You can hear me working through the day-by-day loss of the tactile feeling of our time together as his memory got farther away, even as I was trying to convince myself I didn't care.

It's a moody fusion of R&B, indie rock, and wondering whether someone's moving on faster than you. I worked with my close friend and collaborator, Jakob Leventhal, who produced the whole EP that Remember Less is on". 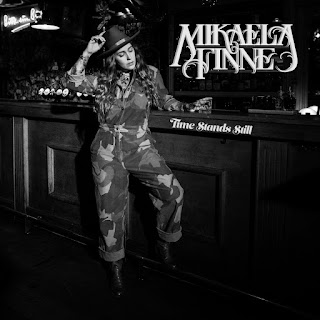 With its Telecaster leads, acoustic strums, mid-tempo waltzes and tales of outlaw women and lost love, one might naturally assume Time Stands Still, the new album from Mikaela Finne, is a product of Nashville, TN.

Truth be told, Finne was born and spent her childhood on the coast of Finland in Vaasa, and now hails from Stockholm, Sweden, where the album was recorded with producer Brady Blade (Emmylou Harris, Steve Earle and the Dukes, Jewel, Indigo Girls, Buddy & Julie Miller). Somewhat fitting for an album that’s laden with contrasts, Finne actually found as much inspiration in heavy metal as she did the country genre during her youth, the rebellious spirit she found in both prompting her to pursue her musical passion.

Like her contemporaries Sarah Shook and Lydia Loveless, Finne’s emotive vibrato is its own instrument, adding an undeniable passion to her songs and making lines like “I’ve lost count, how many times you’ve broken my heart“ even more impactful. “The country music comes from my dad,” she explains, recalling his love for Dolly Parton and Creedence. “The word ‘outlaw’, for me, [means] you do something that you love regardless of what anybody else thinks about what you’re doing. … When I was a teenager, the music and the heavy metal that I listened to were totally outlaw.”

While topics like self-awareness and confidence are certainly not new terrain for a songwriter to excavate, Finne puts her own spin on them, with lead-off track “What If I” revealing a realization that sometimes self-confidence means admitting a sense of uncertainty and taking a step back to think things through if another’s intentions don’t seem to be pure. Set to a swinging rhythm section and tasty guitar riffs, and wrapping up with a nice classic country modulation that exudes swagger and confidence, the track finds Finne “second guessing … stressing … going out of [her] mind,” but make no mistake, as she also warns the listener, she can be a bit headstrong and they best get on board or get left behind. 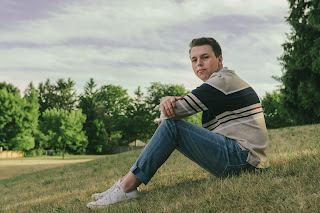 Ben Heffernan’s third EP, drive in movies, sees the Canadian Folk Music Award nominated singer-songwriter move into new sonic and lyrical territory. drive in movies is a personal, cinematic collection of songs that chronicles key events in the life of a teenager: falling in love for the first time, losing someone for the first time, frustration with the world around you, and the speed in which one’s young life tends to change.

After spending the larger part of the second half of 2018 and the first half of 2019 playing over 150 shows across Canada, Ireland and the UK, Heffernan chose to record his by then well road-tested group of new songs at home. While “Drive In Movies” acknowledges Heffernan’s roots in what he describes as “classic singer-songwriter folk-pop”, it also reflects his love for 80s-inspired maximalist pop/rock productions and widescreen, stadium-sized ballads. The songs are neatly tied together through the use of vintage movie samples, which lends the EP a conceptual, unified feel.

Lead single “Movie Nights”, an up-tempo, 80s-inspired pop/rock track, reflects the frustration with the questions asked about a generation determined to see change as well as the “nagging feeling that we might just be living through the end of the world as we know it”, as Heffernan suggests. This is bookended by “When the Stars Collide”, a stadium-sized two-part singalong that leaves more questions unresolved than it answers. This is intentional, as Heffernan points out, as it “reflects the people that this EP is really about – most of us haven’t turned 21 yet. None of us have any kind of real resolution to our stories yet either.”

Ben Heffernan has become recognized as a young Canadian artist to watch over the last few years, after being nominated for Young Performer of the Year and performing at the Canadian Folk Music Awards after the release of his 2018 EP “Home”, and contributing a cover of Tom Petty’s “Angel Dream” to a Petty tribute compilation that included artists such as Matt Mays, Terra Lightfoot, and Royal Wood. Roots Music Canada called his Canadian Folk Music Award performance “a highlight”, while Spill Magazine called his cover of Angel Dream “incredible”. Among an ever-growing list of dive bars, bowling alleys, moving trains, and hair salons, Heffernan’s touring schedule has seen him play the Winnipeg Folk Festival, JUNOfest, and the Ruby Sessions in Dublin, Ireland (previous acts have included Ed Sheeran and Mumford & Sons), among other high-profile festivals and live appearances.
Ben Heffernan · drive in movies 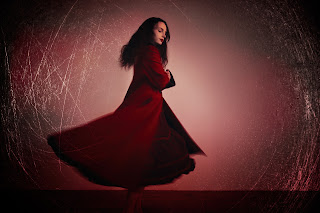 Gal Musette is the nom de plum of Grace Freeman, a musical prodigy who began writing piano based lyrical compositions and performing at open mics in her home city of San Clemente, CA at the age of 10. Her graceful approach to melody-driven indie-folk and French chansons has captured audiences all over Southern California. At age 14, inspired by The Magnetic Fields’ triple album 69 Love Songs, Gal recorded her own collection titled 70 Love Songs, which caught the attention of the band, and won her an opening slot on a few of their Midwestern U.S. tour dates.

In October 2021, Gal will be releasing her debut album, Backwards Lullaby, featuring a vocal duet with one of her biggest musical inspirations, Rufus Wainwright. The upcoming album explores the pangs of hopeless romances and unrequited love, what it’s like to move beyond idealized love into the acceptance of what is real and constant, as well as the cyclical nature of life and love in relationships.