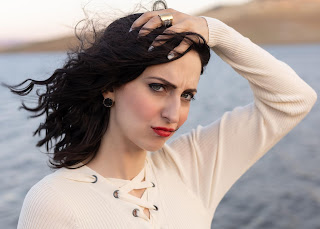 A messy and distressed apartment in Los Angeles provides the unique setting for the latest music video for the song “Leap of Faith'' by conscious pop singer and Atlanta native Nadia Vaeh releasing this Friday, September 24th, 2021. Filming for the music video took place in her actual apartment as she prepared to move back to her hometown of Atlanta. The video captures the story of her leap into the music industry while dropping everything she had to jump in her Toyota Corolla and move to Los Angeles.

Filmed entirely with a cell phone the music video also tells the story of her leap back to Atlanta. Images of Nadia packing, and labeling boxes surrounded by piles of clothing reveals a real story unfolding in real-time. “There is no better setting for this story in the real place where I lived, with the real mess I had when moving out”, states Nadia. “I was stressed, homeless and forced to move. There is no better imagery to depict the uprooting of my life than reality. The apartment was a mess because I was a mess.”

The uplifting and inspirational song for the video tells the story of Nadia’s journey from Atlanta to Los Angeles and back to Atlanta; a journey that started with quitting everything, living out of her car, and taking the chance in pursuit of a career in music. After working many odd jobs, including a stint in a local Atlanta circus, Nadia Vaeh’s frustration with her career boiled over to the point where she knew she needed to take her songwriting and melodic talents to a different level and go all-in with her career. “I knew I had songs in my head and stories to share that could help others. I was at a place in my life where I knew that I needed to take a chance on myself and pursue my dream even more so than I ever had.”, says Nadia Vaeh. “It was scary to leave all that I knew and move to a different city once, let alone twice.”

Co-starring in the video is Nadia’s Toyota Corolla “Pearl”. “My car Pearl took me from Atlanta to LA and back to Atlanta. This car has helped me achieve my dreams and without my trusty Corolla I would not be where I am today", states Nadia Vaeh. 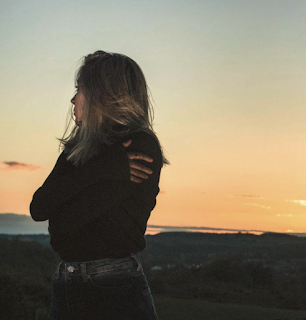 “Caffeine is about the struggle to justify the choices you make and feeling like you need to please others around you, but still having to validate your choices inside your own head. I wanted the song to build as it progressed and it was important to me to achieve a really big indie, raw /grungy sound.

I love the song and feel Steve has really helped me achieve the energy and power it needed. This song feels so right for me right now, and I like that my writing is reflecting where I want to be musically”.  says Lizzie

Steve Grainger who produced the record.“I wanted to build on the idea from Lizzie's demo, accentuate the lyrical themes and create an organic but powerful production. Lazy beats, simple, strong guitar riffs and bass lines with some yacht-rock and 90s grunge touches if you know where to look”.

Ahead of their anticipated sophomore effort (out 10/8 via AntiFragile Music), Nashville-based indie/folk group Birdtalker released today their new single "I Know." A defiant song about learning to trust your gut, the band called it "a broad-brush narrative about the experience of being shaped to believe that wonder and curiosity may be a threat, and the eventual realization that those qualities in fact have led to a more grounded and vital experience of being alive."

"It's a song about trusting the stomach, not necessarily the uncountable programmed stories and information we receive along the way," they continued. "It's a simultaneously tentative and certain exclamation that we will give ourselves permission to listen to those fundamental pricks of the heart, and trust they'll lead somewhere with integrity."

The new single follows several songs the band have shared from their forthcoming album, including the emphatic track "Taking Control," the breezy duet ""Tides," and "Old Sob Story," a rollicking song full of bravado and sass that Rolling Stone called "at times evoking the dramatic flair of the Decemberists' Colin Meloy, at others the bravado (and glammy tones of Marc Bolan." Lead single "Better Days" is also out now, a tranquil yet stirring song that finds the quintet reawakening and optimistically looking forward.

Brion Starr - A Night To Remember.

NYC-based rocker Brion Starr – otherwise known as musician Brian Hill – has shared the second blazing single and titular track (listen here) from the upcoming album A Night to Remember, along with an accompanying video. The album – produced by the legendary sonic mastermind Tony Visconti (David Bowie, T. Rex, Sparks) – marks Starr’s first music since the release of his 2020 sophomore effort, the aptly-titled 2020. Out November 19th via Taxi Gauche Records, A Night to Remember will be available as a 12” gatefold vinyl, CD, tape and digitally.

Speaking on the origins of “A Night To Remember,” Starr writes: “The track is a reflection on what was going on last summer with the worldwide protests that were happening, reflected through the prism of American sentimentality. I love the piano in this track, very special. ‘A Night To Remember’ your life, the kind of night that surpasses anything you could have imagined. The kind of night where it feels like the whole world could change.”

On the inspiration for the video, Starr writes: “‘A Night To Remember’ is a dive into the subconscious. It is a sort of fever dream in the middle of the album’s trajectory. I’ve always been fascinated by mime, how it’s neutral nature exposes the depth of human emotion. I wanted to bring out my inner Marcel Marceau for this video.

We shot it in a place I grew up going with my friends, the East River Park Amphitheater. We still meet there once in a while. That place means a lot to me, the city is trying to develop the park right now. I hope they do not succeed in their plans, the NYC of my childhood disappears a bit more each day. Check out East River Park Action to help out in stopping them.”