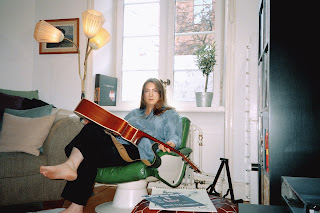 Benz - I Never Thought That This Would Be The End.

Ebba Salomonsson (Benz) grew up in her stepfather's record store where she explored endless different influences and styles. Benz have now signed to Rama Lama Records (Melby, Wy, Chez Ali etc.) and is back with another collection of songs packed with her playful and diverse psych-tinged indie folk, its a sound where Benz with big confidence lets her music both be direct and breathe - creating a musical soundscape for the listener to get swept away in.

The new EP 'This Could Be The End' is out on November 5th. Lead single 'I Never Thought That This Could Be The End', an up-tempo indie folk track about "two friends that make eachother go crazy", is out now alongside a music video made by Ebba G. Ågren (Wy) and produced by Feverish.

All the tracks on the EP are written by Ebba Salomonsson herself, produced by Wallentin Richardsson and recorded with Nathanel Salomonsson (drums), Simon Ström (bass), Olle Wahlström (guitar) and Alfon Keteli (keys).

Lydia Brownfield announces the release of the single “The Digger” on September 14. It’s off the upcoming album, Dig, due out November 19. The cornerstone of the album, “The Digger,” explores self-discovery before, during, after, and between relationships.

Brownfield’s voice swells and recedes within the crevices of new love, heartbreak, and the holy grail of self-discovery. The song gracefully weaves and spirals in a melodic embrace in the search for truth: “… and if you find hell, well, just dig deeper still.” Brownfield says, “Although it’s rather personal, I think other people can relate.  We all have ‘stuff.’ Stuff we don’t like about ourselves, stuff we wish we could change, stuff that doesn’t serve us well, and stuff that isn’t even ours. We were born into other people’s stuff, and we just learn to carry it along with us. It becomes part of us. All this stuff is mixed in with what’s at the core of us – and if we don’t separate it and rid ourselves of that stuff, then it just continues, on and on.”

The album travels the euphoric highs of being in love and the dramatic lows of breaking up and discovering internal power. Through genre-bending twists and turns of folk, punk, and pop, it explores the journey of getting caught up in someone else and losing sight of one’s journey of self-discovery.

The album produced by Fred Blitzer includes studio musicians Jeff Martin (drums), Andy Harrison (guitar), and Phil Maneri (bass) hand-selected by Blitzer. It also includes Brownfield’s partner, Jeff Dalrymple, on acoustic guitar. Blitzer agreed to work with Brownfield under one condition – if they used his studio musicians. Although it placed Brownfield in an awkward position and created strife with the existing musicians she was used to working with, the results were beyond expectation.
Lydia Brownfield · The Digger 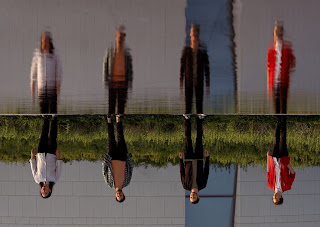 Absolutely Free has cultivated a decade-long reputation for an unorthodox approach to both conceiving and performing music. The Toronto psychedelic pop trio’s Polaris Music Prize-nominated debut was hailed as “breathtakingly beautiful” (Stereogum) and a “deep-space cosmic-rock odyssey” (Pitchfork) upon its 2014 release. Following an array of multimedia projects and releases, including 2019’s Geneva Freeport EP (featuring U.S. Girls’ Meg Remy), the band recently announced its much-anticipated sophomore album, Aftertouch, with that “flying wedge of art pop” (Brooklyn Vegan), first single “How To Paint Clouds.”

The album’s second single, “Interface” was a peek further into the kaleidoscopic minds of Absolutely Free, accompanied by a visual drench in vibrant neon palettes and retro-futuristic tendencies by Australian artist Benjamin Portas.

Now with the 3rd and final single "Remaining Light" the group echoes some of their heroes, from Talk Talk to Brian Eno to Steve Reich on a track that has had a five year gestation period.

The band explains: "‘Remaining Light’ expresses the frustration felt towards invincible and corrupt institutions that uphold structural inequities, including police brutality and manufactured poverty experienced primarily by racialized communities. Written during a heat wave in the summer of 2016, the song dishearteningly remains as relevant as ever today." 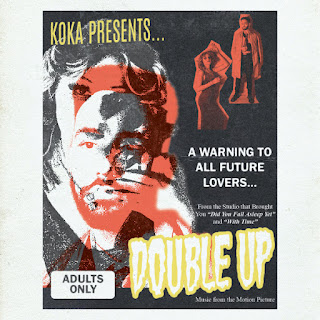 Koka is an independent three-piece group from the Coachella Valley in California. Throughout their 3 years as a group, Koka has managed to perform at venues such as the House of Blues in Anaheim and Chain Reaction as well.

All of Koka's music is self-recorded and self-produced. "Double Up" is Koka's 6th new single. 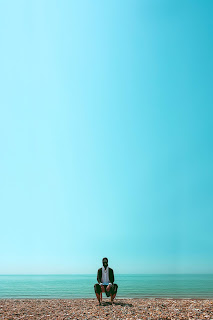 After the initial success of his first singles 'Who?' and 'Fate', aloric received widespread positive press from Stereogum, HillyDilly, FreshOnTheNet, Overblown and was featured on Spotify's 'Fresh Finds' playlist - all as an unsigned artist who had yet to play his first gig.

His new single is a nod to nostalgia, the rise of the 'rose-tinted glasses' view of the past and the dangers that come with it. A cyclical narrative that seems to be playing out far too often, both on an individual and global scale. Inspired by the sounds of Björk, James Blake, Radiohead and Sigur Rós.

As with all aloric tracks, it finds the artist in the multiple roles of songwriter, singer, producer, engineer, performer and everything inbetween - a true 'one man band'.
aloric · Poor Classes / Pour Glasses