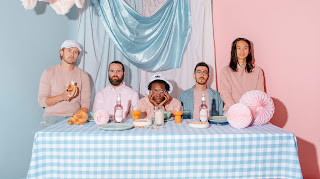 Post Modern Connection is an indie-band that defies norms. By constantly showcasing eclectic inspirations, the band keeps you anticipating what’s next.

Post Modern Connections inspirations are so diverse because that’s who they are as a band. Lead singer and guitarist Tega comes from Nigeria, lead guitarist Georges: Lebanon. Their bassist Steven from Taiwan. Drummer Cam and synth player and violinist Mitch call Canada their birthplace. PMC draws on their unique backgrounds and experiences, personal histories and upbringing to create their emotionally charged music, captivating listeners.

Their live show is no different. High energy with an ebb and flow of powerful dynamics has showcased them selling out headlining performances around Western Canada, opening for top artists including Desiigner, Wintersleep, Hollerado, Dear Rogue, Moontrick, Snotty Nose Rez Kids, The Zolas, Hotel Mira and Hailey Blaise. They’ve had their singles spun on CBC Radio and The Peak Vancouver, their videos showcased on Global News, their music featured in Tenho Mais Discos Que Amigos, Canadian Beats, The Wild Honey Pie, Happy Magazine and dozens of online blogs, and have won a Kootenay Music Award for “Best Music Video” and hit an impressive 10,000 streams in one short week online and were named by Vancouver’s Permanent Rain Press Local Artist Of The Year 2019. 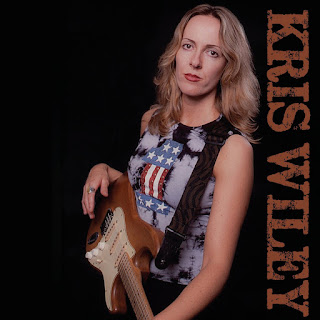 Originally from Redondo Beach, California Kris quickly made a name for herself in the 90s in the South Bay and then in the rest of Southern California and across the U.S. and in Europe. She released two albums, “Old, New, Borrowed And Blue” and “Breaking The Rules” played in New York, Chicago, Nashville, Memphis and then disappeared.

For the record her inspirations were the Kings (Albert, B.B. and Freddie) as well as Albert Collins. A favorite quote, “I like jazz but it doesn’t affect my soul like the blues.”

The Los Angeles Times thought back in the 90's that “Wiley is the most promising female blues guitarist to emerge since Bonnie Raitt”. She played all the big clubs in American major cities and then.....  disappeared from the stages and the music scene. And then after a 25 year hiatus she finds herzelf back in contact with the blues and in Carla Olson's studio to record a new album. 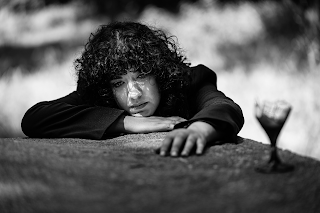 Casii Stephan is a soul pop/rock artist hailing from Minnesota. Now based in Tulsa, Oklahoma, the impassioned songstress evokes subtle vibrato notes and roller-coaster-like melodies, which immediately grab the listener, while her emotional lyrics share intimate stories. She has been compared to the likes of Florence Welch, Fiona Apple and Carole King, as her vocal timbre possesses a full and warm quality.

Stephan’s voice is fierce and fearless, but this was not always the case. She grew up shy and afraid of her voice until she started writing songs on the family piano in South St. Paul when she was 16. In music, she discovered something extraordinary that allowed her to transcend everyday life and find a deeper sense of self. Stephan moved to Tulsa in 2014 with the intent to give up her pursuit of a music career, however with a little encouragement from a friend, she continued her journey and started releasing music. Her songs were promptly applauded by critics and have since been racking up a number of awards, as well as garnering acclaim from media and fans across the globe.

An underlying theme throughout Stephan’s music is hope, she explains, “Its such a cliched word and yet there are so many layers to it. Hope keeps us alive. It keeps us moving. But it also feels flighty some days like a pixie that does what it wants. But it's not a pixie. It's more like the air we breathe. Some days it's presence is stronger than we realize and some days we forget in our day-to-day lives that it's there... keeping us moving forward”. Her music combines her love for the storytelling elements of Disney ballads and the bold, brilliance of The White Stripes, as well as the soul-wrenching R&B melodies of H.E.R. 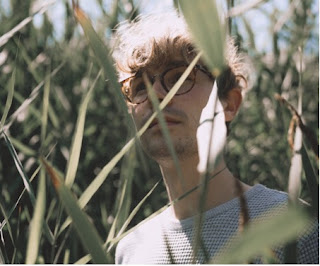 After making a bold impression with a string of intoxicating cuts over the last few years, which have earned him praise from BBC Radio 2, BBC 6Music, Absolute Radio, and even numerous Artist Of The Week accolades from BBC Introducing, fast-rising singer and songwriter Alexander Hulme anticipates his debut EP ‘Slow Down’, with stunning new single ‘Teeth’.

Channelling more of that warm and effervescent energy that he brings to everything he creates, ‘Teeth’ perfectly showcases what we can expect from his new release. . During the first lockdown and struggling with the production on ‘Teeth’ Alexander has pushed to teach himself the cello, which became a prominent feature on the EP. ‘Teeth’ is a fresh and dynamic effort that perfectly accentuates his bright and breezy direction

Speaking about the new track, he said, “Teeth is a song all about finding that one person in life that pushes all the WRONG buttons. I’m a fairly chill guy and it takes a lot to push me to a point where I feel I need to be confrontational but this song is all about that special someone who knows just the write the things to say and do to rile you up.”

Written entirely by the artist himself and produced by David Alexander Lomelino, ‘Slow Down’ marks the next vital stage in his growing and fledgling career. Showcasing his breadth for smooth and enticing songwriting, the new four-track EP makes for a embracing and organic listen that will see him capture the hearts of thousands, if not millions.