Wild The Coyote - Silver Round Bullet.

The supremely talented Wild the Coyote has now released his newest single, “Silver Round Bullet.” The song is the first from his upcoming EP, 7 Roses. Following his previous releases, this track continues with Coyote’s unique, gritty style and delivers an electrifying listening experience. “Silver Round Bullet” is available now to stream or download on all platforms.

“Silver Round Bullet” is a fantastic reflection of Wild the Coyote’s riveting, original sound. With grungy guitar and vocals melded with rumbling percussion, this track successfully captures the outlaw country style his music listeners have come to expect. Combining iconic aspects of blues, country, and rock, Coyote skillfully makes listeners feel as though they have been teleported to the old west. Produced by Joseph Holiday, the song has a powerful and catchy melody that gives clear insight into why some have drawn comparisons between Wild the Coyote and the great Johnny Cash.

With an edgier tone than most modern country music, “Silver Round Bullet” conveys Coyote’s difficulties growing up in Templeton, CA and the struggles he faces even now in Los Angeles. “‘Silver Round Bullet’ was written in the woods of the quiet town I grew up in, about the struggles that come with chasing a dream in LA and the daunting question of how long you can survive doing it. Only to be reminded that there could be more to risk than to reap turning around on the road less traveled,” says Coyote. The blend of his bluesy voice with heavy percussion and a rugged electric guitar melody conveys a raw, rocky vibe that characterizes the song. 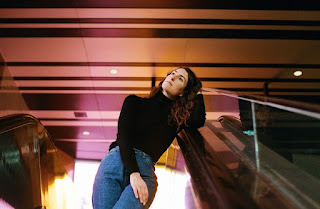 Last September, Hannah Georgas released her Aaron Dessner-produced LP All That Emotion, on Dessner's label Brassland and Toronto indie stalwart Arts & Crafts. Though long a favorite in her native Canada with a devoted international audience, the album was the most critically-acclaimed release of her career to date, earning a wave of positive attention.

In the spring of 2021 she released an EP of alternate versions of tracks from the album, featuring contributions from friends and collaborators like Bartees Strange, Owen Pallett, The National's Matt Berninger and Kate Stables (leader of acclaimed UK group This Is The Kit), and today Georgas is returning to release a new collection that takes a different approach, a mini album of acoustic versions of songs from the LP.

Georgas' piano and vocals were recorded with Graham Walsh at Palace Sound in Toronto, but these new iterations are not solo performances, as Georgas is accompanied remotely by guitarist Christine Bougie and cellist Ben Whiteley, both of whom played on the recent LP from Georgas' fellow Torontonian The Weather Station, with additional strings from Drew Jureka (Dua Lipa, Bahamas). Though not entirely "stripped down," Georgas sees the mini album as representative of the new life the songs from the LP have taken on as she has performed them in various contexts since recording them with Dessner in 2019. 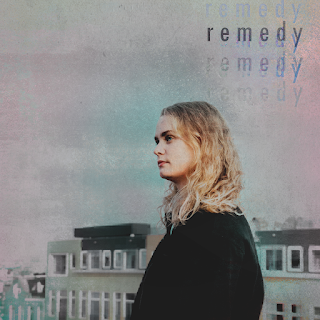 So what do we know about Sterre Weldring? Only that she has just released a fabulous new song entitled 'Remedy' and that it is gorgeous.