Kings Elliot - Call Me A Dreamer.

An advocate for mental health, who has long struggled with her own, she explains, “after two months of thinking that I was better and that I didn’t need any support with my mental health. I ended up feeling worse than ever. Writing it helped me process my emotional instability. The roller coaster I am constantly on that I don’t know how to get off.”

The track is from her forthcoming EP, Chaos in my Court, set for release December 1 via Verve Forecast.

“Chaos has been ever present in my life. I’ve never known how to function differently,” Elliot explains. “The songs on this EP make up a world I’ve always dreamed of creating for my own escape, and now anyone who needs it can join me there too.”

London-via-Switzerland singer-songwriter Kings Elliot has accumulated millions of global streams around her first three songs—“I’m Getting Tired Of Me,” “Dancing Alone” and “Bitter Tonic”—all featured on the highly anticipated forthcoming EP. Elliot has been diagnosed with borderline personality and anxiety disorders. She explores this and speaks openly about her battle through her music, even releasing accidentally filmed footage of herself having a panic attack for her music video “I’m Getting Tired Of Me.” 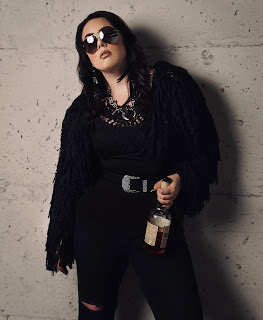 By age 12, Syd was following a musical path as an opera student with vocal training and music theory studies at the Royal Conservatory of Music. Conveying words that audiences may not understand in multiple languages taught her to translate drama through eye contact and body language, techniques that she now employs on stage and in videos.

A provocateur, a magnificently expressive vocalist and a deeply evocative songwriter, Syd Carter West arrives as a new artist with commanding courage and disarming authenticity. “I’m still discovering myself,” she concludes “Genuine, and a little quirky -- I am an open book.” 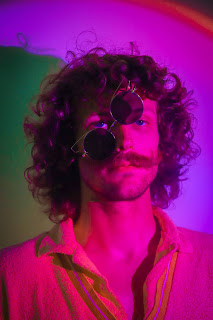 Retro-sounding indie-pop artist, Buster Baer, is releasing his new single, “Get Deeper” (today) from his upcoming EP Mock Twang. "Get Deeper" redefines the stereotypical slow, sad break-up song. The upbeat track is about two people who still love each other, but need to take time to focus on loving themselves first.

The eloquent lyrics reveal the saddening truth Baer faces when he realizes that to move forward, he must take a break. “I think I love you enough to leave you for your own sake” is a bittersweet line in the song that perfectly summarizes the essence of this story.

Jovial yet intense, Buster Baer represents the nexus between many paradoxes. His demeanor, performance antics, and musical style balance on the tensions between opposites, often collapsing into clownlike comedy amidst deep grooves.

The songwriter’s upcoming EP release Mock Twang, is a collection of four tracks all performed and recorded himself in a warehouse surrounded by three junkyards in Downtown LA. The songs are smooth yet raw, tender and flippant, easy and also deep. 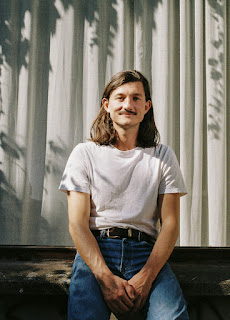 Sydney-born, Berlin-based indie singer-songwriter Jackson Dyer follows up his recent "Losing Light" single with the release of the visuals for the new dreamy indie pop single, "At Ease". The single is taken from Dyer's upcoming EP.

""At Ease" is a song about mornings at home, when the coffee is freshly brewed and the sun is filtering through the curtains. It’s about those moments of absolute contentment when you wake up with someone special besides you and the day is pure and untouched by the stress and obligations of the outside world. ‘At Ease’ was a calming song for me to produce, almost meditating on the warm optimism of mornings and love." - Jackson Dyer