New York City-based artist, Nisa, is now sharing "The Savior," the final advance single to be lifted from her new EP, Time To Plant Tears which is set for release on December 2, 2021. This new single follows recent tips from the likes of Consequence, Our Culture, Audiofemme and more with this body of work following on from her self-released debut EP, Guilt Trip which landed earlier this year.

Early in 2021, the 22-year-old – full name Nisa Lumaj – began work on a new collection of songs that would make up the forthcoming EP, Time To Plant Tears. The title takes its name from the final stanza of an Elizabeth Bishop poem called Sestina. Working together with collaborator and producer, Ronnie Di Simone, the songs were recorded between Brooklyn's Studio G and the Brick Box studio. The new EP demonstrates Nisa's penchant for intimate storytelling cast against the backdrop of glistening, cinematic soundscapes reminiscent of Angel Olsen, Indigo De Souza, Japanese Breakfast and Soccer Mommy. In describing the mood of the EP, Nisa has said that the songs are centered around “confrontation and focus; weathering internal and external changes; desire, and emotional rebirth.” Intersecting cinematic and poetic frames of reference, it lands between what is said and what is felt.

"The Savior," which once again finds Nisa pushing the boundaries of her own songwriting abilities finds the artist bringing in a woozy trumpet to flank her intimate guitar work and shimmering vocals. The song acts as an anthem of self-empowerment, calling for Nisa to put herself first in situtations. Speaking about the track, she says: “The Savior," is a trumpet call from within beckoning me to stop prioritizing others’ needs over my own, especially when it comes to making choices that affect me first. It's a reminder of the grounding nature of focus when the illusion of control starts to fade."

Mike Legere is a songwriter and producer based out of Toronto, Ontario, originally from Nova Scotia. After years of playing with bands Century Thief and Places Erupt he released his first solo record Ourselves in Public on June 8th 2018. He plays lyrically driven indie-rock music.

Playing with bands Places Erupt and Century Thief, Mike released multiple albums and EPs between 2012-2018. Through this process he developed an interest in production, witnessing the creative possibilities that open up in the recording and mixing process. After graduating from Recording Arts Canada, Mike began to work as an engineer at The Root Down Studio, where he’d later become lead engineer.

In May of 2018 he embarked on his first solo tour with Dante Matas, to support the release of his debut solo album Ourselves in Public, which was premiered by Aesthetic Magazine. The first single, “Yourself,” was premiered by Folk Radio UK.

To support the record, Mike booked a solo tour with Dante Matas and his band, who share members with Century Thief. Omar and Colin McNally joined him for a few songs throughout the tour, and later joined the project along with Greg O’Toole (Places Erupt). After the tour Mike decided to record two new songs live off the floor to capture the energy the band had developed. This became the single “Love Songs (In Fear Of Dying Penniless),” as well as its counterpart “Billboard.” He produced a video with Greg Francis (Century Thief) for “Love Songs.”

Los Angeles artist, zzzahara, has officially announced their signing with Lex Records and today they are sharing their label debut, “they don’t know.” Watch the music video directed by Ross Harris here. Atwood Magazine described the single as “A feverish indie rock song drowning in intimate emotion and frenetic energy … an evocative and memorable moment of truth for a solo artist quickly coming into their own.” Read the full interview & premiere here.

Plenty of people come to Los Angeles looking to make their California dreams a reality. But zzzahara has always been here, turning reality into a dream. Born and raised in Highland Park, where they still reside, zzzahara (the solo moniker of Eyedress/Simps guitarist Zahara Jaime) has witnessed both gang-blighted and gentrified L.A. along the same geographical blocks. Like the transforming city itself, zzzahara has undergone massive personal changes, their characteristic stoicism giving way to a newfound sense of purpose. “they don’t know,” is their debut single on Lex Records and explores a life hanging in the balance between memory and possibility over frenetic Johnny Marr-esque guitar jangle.

Music has always been and escape for zzzahara, who struggled to feel seen as the sibling of a terminally ill brother. Z found solace in bands like My Chemical Romance, the Cure, the Ramones, and Yeah Yeah Yeahs, and in recording “corny acoustic parodies” about girls they had crushes on in middle school. That same absurdist humor followed them into early projects like bombastic hip-hop persona Lil Boba and post-punk quartet Zahara & the Herd, though as a queer person of color, zzzahara still felt out of place in SoCal’s bro-ish garage rock scene. 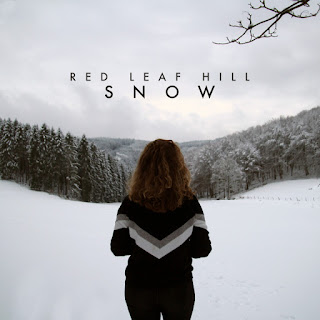 Red Leaf Hill releases her new single ‘Snow’. ‘Snow’ is her fourth single of the upcoming EP which is planned to release February 2022. Carmijn, the mastermind behind Red Leaf Hill, is building towards this release as she emigrates to Norway. Much of her music is inspired by this country, which is reflected in her homemade videos.

About what the single means to her, Carmijn says: You can lose someone, or miss someone terribly, but in your thoughts and in your dreams you can be together forever, that's what I love about this song.

Under the name Red Leaf Hill, singer-songwriter Carmijn Bakker shares the beauty of nature with the whole world. Her cozy pop songs immediately take you to majestic and breathtaking landscapes, the places that inspire Red Leaf Hill to translate her deepest emotions into music.

Red leaf Hill gets her inspiration from nature. From the simple afternoon walks in her backyard, somewhere in a rural area on the border of Germany. To shooting beautiful images with her drone in the fjords of Norway; nature is a majestic place Red Leaf Hill gladly wants to share with you. In this song, 'Snow', Carmijn is also inspired by the landscape around her. The beautiful melody in combination with her eloquent lyrics ensures that you are taken into the image that Carmijn describes. 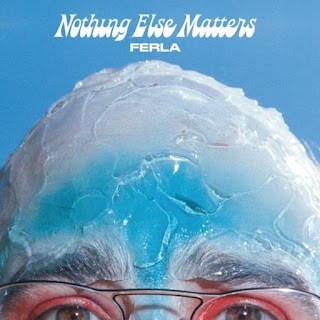 FERLA - Nothing Else Matters.

Melbourne synth-pop band FERLA release their self-described “menacing but meditative” new single Nothing Else Matters, the third track to be taken from their new album Personal Hotspot which follows 2022.

FERLA’s unique brand of after-dark confessional pop turns the personal experience into communal release with disarming wit and pathos, with front man Giuliano’s describing forthcoming new album Personal Hotspot as “A love letter to the world…made up of the things I hate about it.” Its honest self-assessment laid bare via acerbic and often brutally unfiltered lyrics which traverse discomfiture to levity, hot damnation to cold redemption. It’s both a confronting and wholly relatable mix of the conflicted, deflated and infatuated. It’s spicy. It’s juicy.

FERLA’s new single Nothing Else Matters is an oozy croon with an earworm chorus, sound-tracked with ghostly synths and lonely whistles that lay the bed for Giuliano’s mystery-man baritone.  “This song’s a bump in the night,” he says of it. “It’s like one of those dreams you have where you’re trying to run as fast as you can, but the air is thick as sludge and it’s taking all of your energy just to put one foot in front of the other. That’s this song.” The song is accompanied by a visual directed by Dan Cahill which sees Giuliano rollerblading his loneliness away.

FERLA has previously released a debut album Its Personal which was nominated for an Australian Music Prize, they have performed live on Triple J and PBS, and sold-out shows across Australia’s key cities as well as performing at various festivals including Rolling Blackouts Coastal Fever, Cash Savage And The Last Drinks and Quivers. They have previously released two singles from forthcoming new album Personal Hotspot, the sly love song ‘Rita’ and the KCRW ‘Top Track’ ‘I See You.’