Annie Booth is an Edinburgh-based artist with a gift for mood-painting and storytelling. A seasoned singer, performer and songwriter - with a flair for the nostalgic and the melancholy - she wields a unique voice in Scotland, bridging genre and influence with ease. Her restless live performance and songs never cease to capture the listener with their haunting melodies and infectious arrangements. Recorded over several months at Chem19 Studios and Green Door, Booth’s sophomore album 'Lazybody' will be released on 19th November 2021 on limited edition vinyl, CD and download.

The debut single 'Cocoon' from the album has already received support from the likes of  The Roddy Hart Show, Vic Galloway & Rapal on BBC Radio Scotland, Postcards From The Underground, Shereen & Phoebe on BBC Music Introducing, Fresh On The Net and Amazing Afternoons on Amazing Radio.

The singer-songwriter is also known for her enthusiasm for collaboration. From 2015 to 2020 she performed backing vocals and guitar with prolific dark-folk collective Mt. Doubt, touring across Scotland, England and Wales and recording on numerous records. 2020 saw the release of 'Clean Living' (Last Night From Glasgow) under the moniker Slow Weather: a vintage-infused EP of alt-rock co-written with producer extraordinaire Chris McCrory. The release garnered praise and spins from Steve Lamacq (BBC Radio 6), BBC Radio Scotland and Amazing Radio as well as features and airplay in the US. Over the years Booth has also collaborated on tracks with artists such indietronica outfit Out of the Swim and indie pop quintet Wojtek the Bear. 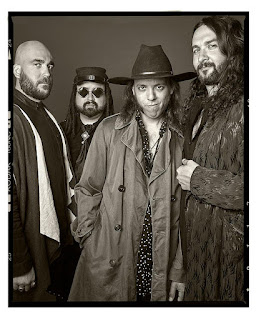 Rock band Mrs. Henry returns to the San Diego stage on November 28th to perform The Last Waltz at the Belly Up in Solano Beach. The Last Waltz was originally a farewell concert from The Band at the Winterland Ballroom in San Francisco on Thanksgiving of 1976. This performance will be Mrs. Henry’s second rendition of the show after their first recreation in 2017.

This accomplished lineup will make for an unforgettable night. In 2019, a documentary of their 2017 performance premiered at the Oceanside International Film Festival and has since been played at festivals around the world like Belgium, Australia, Wales, and Canada. In addition to their documentary, in 2019, Mrs. Henry released a cover album dedicated to their performance of The Last Waltz, which is available on streaming platforms. 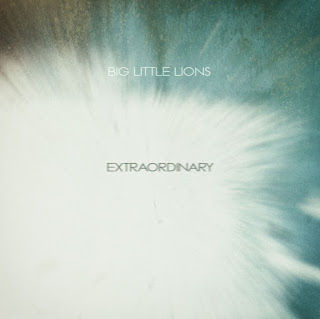 Big Little Lions continue their monthly releases with 'Extraordinary' which is out Thursday, November 18th.

Extraordinary is an upbeat, uplifting tune about becoming who you were always meant to be. It's about breaking free from self imposed obstacles, to become extraordinary. 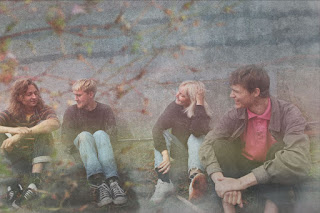 Kindsight - Don't You Grow Up.

Danish indie-rock four piece Kindsight has shared new single ‘Don’t You Grow Up’. Kindsight’s music draws from 80’s and 90’s alternative rock and combines it with the shimmering Scandinavian pop that the region has become so renowned for, resulting in a sound that is both fuzzy and melodic in equal measure.

New single ‘Don’t You Grow Up’, a coming-of-age indie gem, was the first song the band ever wrote together. Written in “a time when we thought to be a sunny teenage rock band, you had to write songs about teenagers in the sun,” they say. Atop jangling guitars, Rasmussen’s distinctive voice dances somewhere between that of Mazzy Star’s Hope Sandoval and Alvvays’ Molly Rankin, leaving the listener drenched in the nostalgic optimism of summers gone by.

Such sparkling talent is impossible to ignore and Kindsight is showing no signs of slowing down. Their new single comes alongside news that their highly anticipated debut album will be released on esteemed Swedish indie label Rama Lama Records in early 2022. ‘Don’t You Grow Up’ is available to stream and download now. 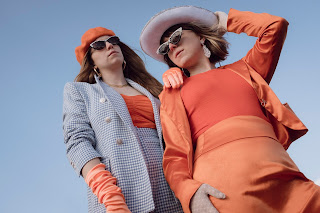 Prima Queen release their new single Chew My Cheeks - the song, produced by The Big Moon, is Prima Queen's first release on Nice Swan Recordings. After 18 months away from the stage, Prima Queen made a triumphant live return at this summer’s Green Man Festival, boasting a new collection of songs and an expanded 7-piece band. With Chew My Cheeks, Prima Queen once again display the subtle touches and lyrical flourishes that marked them out as pre-pandemic press favourites.

On the new single Prima Queen offer the following:
"Chew My Cheeks is a song that centres on an unhealthy obsession with someone who is slightly out of reach. We wrote it in lockdown last year when we were remembering what it was like to idealise people you don’t know and to use them as a form of escapism. We ended up watching The Matrix in isolation together around the same time and were really inspired by the world in which the movie creates" 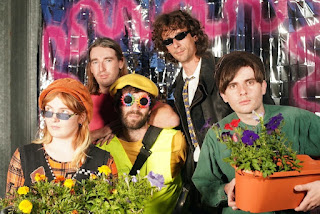 Not to be fooled by the name, Misery is a strand of futuristic swing-pop wizardry with a cosmic piano melody and stabs of deep guitar. Described by T-Mr.9, who leads on vocals (with the Supremes-inspired harmonies courtesy of SuepLord), as “A love song disguised as a song about loss. It's about cherishing the things that matter but it's also about having the courage to say goodbye. I wanted every line to tell its own small story with different characters. They're all a bit lost but I feel like they work out what to do in the end.”

Misery’s joyful, surrealist and psychedelic accompanying video is the work of visual artist Rebecca Molloy, who says of the video “I wanted Misery to be a cross between a kids TV program and a cabaret show.  So, a pink and green dog was born and thrown into a psychedelic world with a not quite right band!” With an abundance of SUEP’s playfulness, the video explores the same themes of love, closeness, and despair that the song grapples with.

SUEP are a band who dance to their own beat, creating oddball music with a taste for the theatrical storytelling. Led by SuepLord (Porridge Radio, Garden Centre, The GN Band) and Brain Wastefield (UK top model) and borne out of a near-decade of wearing silly clothes and deconstructing pop together. After relocating from Brighton to London, GN (The GN Band, Joanna Gruesome, The Tubs), Freakin' Deacon (PC World, Garden Centre), and T-Mr.9 (Head of Pastoral Care) were added to the line-up. They take turns writing songs and taking lead vocal, so each new song feels like its own unique entity, but all hailing from the playful, eccentric planet SUEP.