Eucereon is a UK/US based DIY singer, songwriter, and producer. Improvised guitar riffs, beats, and vocals shaped through her loop station along with personal and introspective lyrics create the ambient landscape of the music. Eucereon now unveils her haunting new offering ‘Go’. The folk-tinged indie ballad combines wistful vocals and a foreboding guitar line with delicate synths, creating a melancholic soundscape to capture the dark themes of the track.

“Go is about codependency masquerading as love, and the fear of leaving when you're made to feel you can not leave. The context of the song is based on one particular evening, as many of my songs are. ” Eucereon explains.

Using her loop pedal to create layers of guitar riffs and vocal harmonies, she created the somber atmosphere of the track. This song went through several different sets of lyrics before the ones it ended up with, coming from an improved stream of consciousness technique Eucereon often uses when writing lyrics.

With a global effort behind the track, ‘Go’ was written in Denmark, produced in the UK, and now released in the US. Eucereon’s music is an intimate reflection of uncertainty and perseverance. The performances are intimate and immersive, taking the audience on an ethereal journey through music and visuals while making them move with beat. 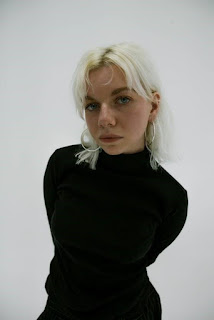 London artist Alice SK's new single “Run Away” is a striking vintage-noir track about being trapped in our minds and how this can lead to us being our own worst enemy. Alice’s haunting, soulful voice sounds classic yet modern through the influence of cultural icons, such as Ella Fitzgerald & Joni Mitchell, and present-day acts, like The Strokes, to create something fresh.

The single comes from Alice SK’s forthcoming debut EP “Electric”, produced by Muca (Los Bitchos, L.A. Salami). “Run Away” is the fourth track to be unveiled from the EP, following the release of Muca’s single “Until We Meet Again” and Alice’s tracks “Another Girl's Man” and “Hidden Paradise”. Alongside Brazilian bossa nova legend Roberto Menescal, Alice featured on “Until We Meet Again” which caused a stir during the summer and the track will also be released as part of the EP package.

Written in lockdown, when we all had a lot of time to reflect on life, relationships, and our own thoughts, “Run Away” captures the moment at when we start to overthink and analyse and start on a self-destruction landslide without realising that it’s happening. The track’s production has an organic feel and an unsettling intrigue with a vinyl crackling backdrop and dark enveloping moods that build to great effect. Portishead vibes are blended with the uniqueness of Alice’s deep and low vocal tones as the track grows out of control.

On the track, Alice says, “The track is meant to start off as being quite reflective and then as it continues and spirals more into our deeper thoughts and the subconscious, it becomes increasingly more desperate as we get a greater sense of not being able to escape.”

Pierce Turner - Where It Should Be.

The legendary Irish-born/NYC-based performer Pierce Turner releases a new single titled “Where It Should Be” off his forthcoming album, Terrible Good, which is set for release on February 25 via StorySound Records. The album was made in collaboration with another Irish-New Yorker, Gerry Leonard (David Bowie, Rufus Wainwright, Suzanne Vega). “Where It Should Be” is a soulful celebration of life with Leonard’s ambient-like guitar entwining with the serene strings provided by guest David Mansfield (Bob Dylan’s Rolling Thunder Review, Johnny Cash, Lucinda Williams). American Blues Scene premiered the music video saying “the theme of mortality runs through the song, but so does the promise of a new day.”

“We all live in hope, illogical hope, but real as anything that we can touch or feel,” says Turner on the inspiration behind the song. “We always believe that there is a bright sun up ahead somewhere, even on our darkest day. Life is all around us, it’s a constant distraction, and that itself is life itself, blinding life. We assume the world will do a normal turn, and that everything will be where it should be, and it is.”

An Irish-American musician in the truest, and most literal, sense, Pierce Turner lives half the year in his hometown of Wexford, Ireland, and the other half in his longtime adopted hometown of New York City. Both places are reflected in his songs, which frequently move between these two different worlds. Since he began his solo career in the 80’s, he’s worked on a broad range of projects including writing for opera, scoring movies, and composing a contemporary Mass. His genre-bending songwriting has led Turner to collaborate with legendary producer John Simon (The Band, Leonard Cohen, Cass Elliot) on 1991’s Now Is Heaven and composer Philip Glass on projects such as 1986’s It’s Only a Long Way Across and “Yogi with a Broken Heart.”

Over the past few years, and through a few different iterations, Seattle-based math-rock emo-punks Scarves has established themselves as, “One of the city’s top notch rising acts,” according to KEXP. In that same paragraph, the words “jarring” and “abrasive” also appear so that starts to paint a picture of the dichotomy that has been at play for the band and its frontperson/founder Niko Stathakopoulos.

Their last LP, Dinner Dates for the End of Days, offered individual portraits of end-times that found the light through the darkness. Three years later, a lot has changed for the...uh...but Scarves are still here for all of our sakes.

Stathakopoulos shares of the song: "'Heavy Eyes' is a song about two things. The first is celebrating the absurd joy you can only find by spending your most hopeless moments with someone you truly and deeply love. The second is about feeling envy that you didn’t write that one part in ‘Friday I am in Love’ where Robert says, ‘It’s such a gorgeous sight to see you eat in the middle of the night’ because that might be the most romantic sentiment ever penned.”