Teeniest - A Hand to Hold Forever.

Beehive Candy are really fond of these two artists music whether together as Teeniest or apart in other ventures. This song is no exception as the (and we quote) "acoustic-guitar-based and thematically seems all warm & fuzzy, but the accompanying vibraphone and eerie science fiction/horror undertones create a rather unsettling vibe."

The video notes tell us: This music video for this song is inspired by the virtual reality game, Lone Echo 2, an emotional highlight of which is two friends holding hands. In this outer space adventure, the two friends are Captain Olivia Rhodes and her assistant robot, Jack.

Excellent writing and voice acting (Troy Baker and Alice Coulthard) really give Jack and Liv vitality and personality. Olivia has a fully-realized human character. Through banter, jokes, and working side by side, she becomes your friend -- this emotional connection is the real surprise in VR.

When she is in peril, you feel a visceral need to come to her aid. Of course you know it's all a digital illusion. But the magic of VR happens because the immersive illusion becomes "real.”  What fascinates me are multiple levels of perception, illusion, and meaning in VR, and the Lone Echo games raise interesting questions about consciousness, artificial intelligence, and human connections.

A simple question: what do you want?
Shouldn't have to answer with excuses and caveats
I pursued everything and I felt no fear
At the end of the line everything is clear
All I really need is

It was unexpected, out of the blue
Didn't fear rejection - you knew what was true
The world was no longer what it seemed to me
Just a simple gesture was everything to me
All I really need is

The end is coming, I'm gonna disappear
Memories are flooding, some I hold so dear
One surpasses everything, stands outside of time
Feeling the warmth of your loving hand in mine.
Oh I think I found it

Alyssa Gengos - Cheerleader of The Universe.

During this past year, when the stimuli from the outerworld ceased, Alyssa Gengos was having some weird-ass dreams. In one that stuck with her, she dreamt that an old school bully was being kind to her. “That was a very strange dream for me to have because I don't think about this person really ever,” she says.

“But it reflected to me that I have this really deep desire to be liked.” So poignant was this realization that it makes two appearances on her debut full-length Mechanical Sweetness, which melds her dreams and personal nostalgia into a new-wavey indie rock homecoming album.

Quote from Alyssa: “Cheerleader of the Universe” is sort of surreal; it’s a bunch of associated phrases that form a comforting lullaby. I think of the Cheerleader as the fairy godmother inside my own head. My grandma was a cheerleader, and so was my mother, and I became one in high school as well. I never really wanted to do that as a kid – I just kinda fell into it because my friends and I decided we’d all do it together.

Still, I felt like I was doing some service continuing this cheerleader mythology that my grandma had started. Now, facing the next chapter of my life, I call upon the Cheerleader of the Universe for guidance. The music video is dreamlike, matching the sentiment of the lyrics. In it, I frolic across a Southern California beach in a dress I sewed myself. 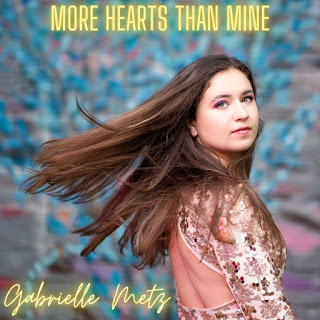 Gabrielle Metz - More Hearts Than Mine.

Gabrielle Metz bares her vulnerable side in her cover of Ingrid Andress’ “More Hearts Than Mine”.  If there was ever a perfect cover song for Metz, this is it. Not only does this song showcase her beautiful range and vocal inflections, but it also conveniently brings to light her attention to the vocal details paired with her ability to transition into character in order to correctly convey the emotional experience of this song.

She grabs the listener from her first note and keeps us mesmerized until the final note. Her sometimes gritty vocal combined with her emotional delivery is exceptional.  The deliberately honest lyrics are perfectly conveyed with the silvery vocals from Metz matched with a beautifully simplistic piano line (Damon Fichter, Nashville, TN and produced by George Alexander, Nashville, TN).

If they were to break your heart, they’d be breaking a lot more hearts than just one. “The first time I listened to Ingrid’s song I was immediately transported into her world and felt a deep connection to the lyrics.  I typically do not record covers but I have been itching to record this song since 2019.”  - Gabrielle Metz 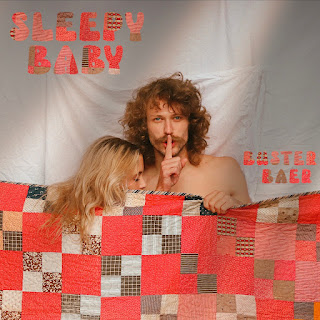 Indie-pop artist Buster Baer has just released a new song, “Sleepy Baby.” The track serves as a sweet little ode to the sleepiest of lovers with gentle, romantic lyrics, an upbeat melody, and a swinging beat. The tune matches Baer’s vintage style perfectly, creating an aural experience that will leave his audience moving and grooving to the warmth of his music. “Sleepy Baby” is a reminder from Buster Baer that it’s ok to not be ‘on’ all of the time and to get some sleep. The track is now available on digital music platforms worldwide.

“Sleepy Baby” is more than just a cute little diddy. Buster Baer describes his inspiration for the song: “Almost every single romantic partner I’ve had seems to have picked up some weird guilt about falling asleep while we’re hanging out. I don’t know who made them feel like they had to be a performing monkey, but having a person feel comfortable enough to sleep around you is an extremely intimate and beautiful thing.” Baer, who produced the track and played all the instruments himself, expands, “I just wanted to provide some evidence to the collective unconscious that there are lovers who won’t expect you to deny your biological necessities for their egos, and I did it by producing huge, glorious cascades of violins and trumpets, which I didn’t know how to play prior to recording."

Hailing from Hermosa Beach, CA, Buster Baer is a uniquely gifted multi-instrumentalist. Baer’s love of music first led him to the drums at age 12, but he did not get serious about music until years later. He moved to New York for college to pursue beat poetry, where he first learned the guitar, and later, the bass guitar. From there, his musical journey took him to New Orleans and San Francisco before landing back in LA. Inspired by Bootsy Collins and The Beatles, Buster Baer aims to push the boundaries of music and “give people a smile or a tear when they need one shaken loose.”