When award-winning singer, songwriter and producer Josienne Clarke was performing at a show prior to lockdown, a moment meeting a fan afterwards remained fixed in her memory. “There was this one woman who came up to me at the merch table in tears. She was a fan pleading with me to write something in the style of how I write, but more positive,” Clarke recalls, saying that while the fan had been visibly touched by her emotive, melancholic songs, she was craving something more joyous. The fan told Clarke she was going through her own difficult time. “She wanted something with hope, something with a bit of light in it,” Clarke recalls.

This is where Clarke’s new EP, I Promised You Light was born. After the release of her critically acclaimed album A Small Unknowable Thing earlier this year (which earned four-star reviews from the likes of The Financial Times and MOJO), Clarke set about her next project with the words of her fan front-and-centre. “It stayed with me,” Clarke says of her message. “It made me really think: do I need to try and frame things more positively? Maybe I haven’t been able to in the past because I’m still working through things – my work is very autobiographical and cathartic – but I’m only now just finding more positive threads through new experiences and what I’ve learned over this last year.”

Clarke has certainly worked through a lot. Rejecting the male-dominated system, in 2020 Clarke ripped everything up and started again. She went solo and for the first time she was in complete control of everything from her songwriting to arranging and production – and she even released on her own label, Corduroy Punk. The result, after years of being told women couldn’t do all those things in a patriarchal industry, was an album variously described as “the sound of an artist in full bloom”, “a remarkable, impeccable collection” and “her finest work to date.” The experience gave her confidence to try a new direction on her latest EP.

Lead single, ‘Driving At Night’, saw Clarke going directly back to a time she lost her own way. “It’s essentially a song about escaping,” Clarke says, explaining it was about driving away from the last ever gig she performed as part of a duo at the interval. “I literally drove for hours across Europe. I wanted as much physical space between me and my previous career as possible at that point. The feeling of release of having finished that final gig was huge, as was the exciting air of possibility that came about having left behind a thing that was so difficult for me for a long time. It was like a literal lift: I felt everything would suddenly be easier now.” The song’s message, she says, is simple: “it’s – just leave,” she laughs. “It’s alright to leave because all this other great stuff awaits you if you just walk away.” 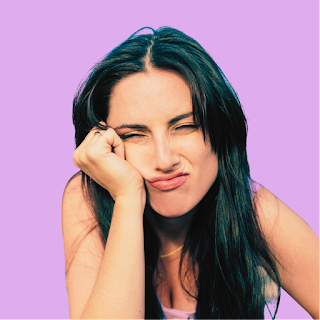 Anna Sun - What A Shame.

(New York, NY) On the new single, “What A Shame,” Anna Sun delves into a deeply personal story, capturing the trauma of loss through a filter of enthralling vocals and explosive energy. The song is the latest single from the indie-pop-rock trio’s upcoming self-titled debut EP, due out January 14, 2022.

“What A Shame” was written as a catharsis for lead singer Samantha Aneson as she was losing her mother to dementia. “I’ve grown to love the dichotomy of pain and lightness in art. How one can make the other so much more pronounced,” Aneson reflects. “I was in a place (am forever in a place) of begrudgingly agreeing to this reality that’s been forced upon me. Having to move forward without railing against existence for doing something that once seemed so unimaginable. Having to find light in my nightmare.”

As evidenced in this single, the core of Anna Sun’s appeal lies in Aneson’s diary-like songwriting. Drawing on her background in theatre, her songs dig much deeper into relationship dynamics than the average pop song, all while remaining exceptionally catchy.

Across its six tracks, the Anna Sun EP manages to capture the triumphs and anxieties of being alive in such a strange time. Sometimes thought-provoking, sometimes heartbreaking, these songs always seem to find an underlying sense of optimism, a reflection of their writer’s personality.

Originally Aneson’s bedroom project, Anna Sun has since grown into a collaborative trio including drummer Nikola Balac and bassist Andrew “Shwogs” Shewaga, who previously played alongside Aneson in the folk-rock band, Satin Nickel. When that group disbanded in 2020, Aneson began adding original indie-pop-rock songs to her repertoire and recruited her former bandmates to bring them to life, marrying classic pop aesthetics with adventurous modern production. Making music that is meaningful and accessible is a rare thing these days, but Anna Sun seems to have achieved a perfect formula for their unique brand of expression.

The Delines - Past The Shadows.

Portland, Oregon based country-soul group The Delines share the second single and video from their upcoming album, The Sea Drift, which will be released on February 11, 2022 via their new American label home Jealous Butcher Records.

The new single, titled “Past The Shadows”, is a sultry and smoky ballad that wraps the heartbreak of its lyrical themes in a warm blanket of horn arrangements and tenderly played keys. The song is accompanied by a music video of the full band performing “Past The Shadows” in the studio, highlighting the rich backing instrumentation that serves as the bedrock for The Sea Drift as well as Amy Boone’s spellbinding vocal performance at the center of it all.

Speaking on his inspirations for “Past The Shadows”, songwriter Willy Vlautin said “I was thinking about that self-destructive dream of never having to live like anyone else, of not having to be a part of regular society. That pull of living like a vampire, the romance of it, the freedom of it, but also the darkness of it. We wanted the song to be a seduction itself, easy and catchy, warm and velvety but underneath is a world of scars and failure.” 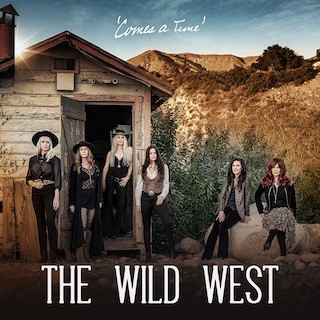 The Wild West - Comes A Time.

Calling themselves The Wild West, six of the most treasured female singer-songwriters in Los Angeles forged a strong bond of friendship that led them to write and record their first single “Better Way.” The empowering message of the ensemble’s first single is shared equally by its members, all of whom have enjoyed significant success as solo artists: (pictured above L-R) Manda Mosher, Deb Morrison, Amilia K Spicer, Tawny Ellis,  Pi Jacobs, and Heather Anne Lomax.

Touted by Relix as a “Female supergroup,” The Wild West is currently working on their upcoming EP and were listed in Holler Country's The 10 Best Emerging Acts of Americanafest “They offered an impressive performance boasting no shortage of verve and variety - it would be hard to find a combo with a greater degree of talent or tenacity. Clearly, this bunch is ready to rumble.”  --Holler Country

They were also touted in No Depression’s Guide to Americanafest. with Amos Perrine is quoted as saying, “…the definite highlight promises to be The Wild West, six of the most highly respected female singer-songwriters in Los Angeles: Tawny Ellis, Pi Jacobs, Heather Anne Lomax, Amilia K Spicer, Deb Morrison, and Manda Mosher. Expect fireworks.”

All six members of The Wild West write, produce, and oversee the recording process for songs they bring to the band. They take turns singing lead while supporting each other instrumentally and topping each song off with The Wild West's signature harmonies.

Amy Jay has released the single, "Commute," taken from her upcoming album, Awake Sleeper, to be released on 2/4/2022.

Exploring the boundaries between acoustic and synthetic, minimalist and ornate, Awake Sleeper echoes a breathtaking cross-pollination of introspective songcraft, surprising textures, and hypnotic soundscapes. The album was produced by Amy's longtime collaborator, Jonathan Seale of Mason Jar Music, known for his work with Feist, Fleet Foxes, Aoife O'Donovan, and more, as well as his solo efforts released under the moniker Son of Cloud.

Jay's day-to-day life in New York City profoundly influenced Awake Sleeper, which you can probably pick up from "Commute." "Another mundane morning commute with train thoughts. I am a stranger in this city even though I've known it for over a decade, even though I see the same faces in the same train cars day after day. The window of the train car was left open that morning, and the tracks were screeching and air blowing so loud I couldn't think about anything else," she says of the birth of the song. "Ironically, I rarely listen to music or podcasts on the train, so I looked around to see if anyone else noticed or was bothered by the sounds. Everyone looked like zombies... heads down on their phones, completely consumed. I realized this sound is not the loudest' sound' in the room. Their phones are. And even if I screamed at the top of my lungs, I'm not sure I would break through the noise to get anyone's attention."