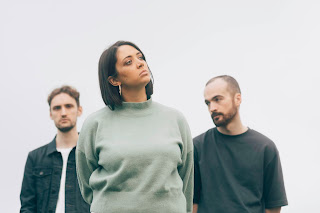 Talmont - Moving Further Than Before.

Originally from Lincoln and Leeds then later meeting at Goldsmiths in London, Talmont is Martha (songwriter and lyricist) with Joe and Jules (across production and instrumentation). Martha admits that her lyricism is based upon an embellished, filmic view of the past. Gleaming with lucid stories, she references Joni Mitchell as an inspiration, though at times a song is merely there to portray an emotion she was feeling at the time, whether it’s anxiety, excitement, or apprehension.

Previous single and debut “IDATMT” saw support from BBC Introducing in Lincolnshire’s Hannah Fletcher, who interviewed Martha on her show shortly after release. The single was also championed by key press tastemakers including Loud And Quiet and The Revue.

The writing process for the new single began with Jules thumbing through crates of records. After discovering Umiliani’s 1979 classical album “10 Bianchi Uccisi Da Un Piccolo Indiano”, the very last section of “Blood River” piqued the band’s interest and formed the backbone of “Moving Further Than Before”.

Martha ruminates on the new single, “Moving Further [Than Before] is about nostalgia. It’s about craving to relive a moment or a time in the past, but also feeling completely content with where you are at present. So many break-up songs are just about heartbreak, but we wanted to make something that’s a celebration of a period of time that’s reached its end. We wanted to write the song that evoked the emotion of euphoria, yet also felt reflective. This is definitely one of our most collaborative songs, with us all working together on every element - and you can hopefully hear little pieces of each of us throughout as a result.” 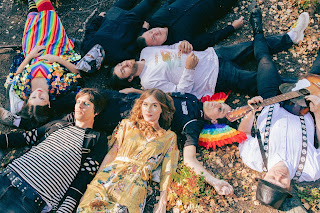 Team Me - Just Another Sleepless Night in the Dark.

Norwegian art-pop band Team Me triumphantly return today to announce their long-awaited third studio album 'Something in the Making', out 11th March 2022 via Propeller Recordings (Sløtface, Highasakite, Lokoy). Mixed by Grammy-award winning producer/mixer Darrell Thorp (Foo Fighters, Radiohead, Beck) and mastered by Emily Lazar (David Bowie, Björk, Coldplay, Haim) the new album is their first for 7 years, following their critically acclaimed and Norwegian Grammy-winning debut album To the Treetops! (2011) and its follow up Blind as Night (2014).

Lead single and art-pop epic "Just Another Sleepless Night In The Dark" is released today - a kaleidoscopic, exploration into synth-infused indie pop, providing an enchanting taste of what to expect from 'Something in the Making'. Led by Norwegian singer/songwriter Marius Drogsås Hagen, Team Me have received widespread international success and attention to date, creating an engrossing alternative pop universe in the process.

New album 'Something in the Making' continues in that vein, a journey which began with the band's surprise reunion in 2019: “When we first announced our reunion, the love and appreciation was just overwhelming to be honest. I was very surprised,” says Hagen. “Still, it was a good move to not rush into anything. It left everyone with hope and motivation for the future.” It paid off. That compulsion drove Hagen to complete the most accomplished and world-beating collection of songs of his career so far. What makes it even more of a triumph is that this music finds a whole lot of light out of the darkness.

Built in collaboration with production company OnzOnz and director/photographer Ingeborg Løvlie, together they've created an all-encompassing audiovisual story told from the perspective of a 10 year old boy. Inviting listeners (and viewers) to re-discover the small wonders of life and the environment around us through a child's eyes, the project focuses on the curiosity and discoveries connected to childhood – specifically addressing how exploring your inner child can be a way to maintain and nourish good mental health; chasing the carefreeness of childhood and also accepting the often painful unfairness of life. 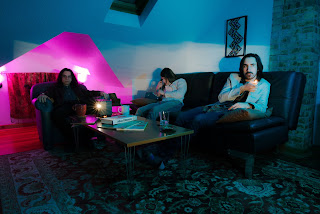 Phoenix-based indie-rock outfit, Ultraviolet Communication have released their much anticipated sophomore album Paper Tiger today, flexing creative storytelling combined with sublime craftsmanship. With the help of recording and mixing engineer Josh Medina (Playboy Manbaby,) they’ve built a collective of introspective soundscapes that you truly can get lost in.

Written and recorded throughout winter of 2019 and June 2021 (the middle of the Covid-19 pandemic,) the making of Paper Tiger was a welcome distraction from the world. The overwhelming boredom and lack of inspiration that resulted actually became the inspiration behind some of the songs. Lead single, “Moon Man” served as an outlet for the band to express their collective frustrations. Paying tribute to 60’s pop rock hits, UVC experimented with different recording techniques to create a unique call-and-response within the verses.

“The vocal production is notable because we switched back and forth between two microphones for different sounds on different lines. When Matt was singing softer, we used one mic and when he was singing full voiced we used another." Exploring the inspiration behind the song, UVC says, "We felt by combining these sounds, we could compliment the duality in the lyrics that outline the frustration of interacting with ignorant people and how it can feel like a rollercoaster at times.”

Standout single “Palinopsia” showcases UVC’s psychedelic acid rock sensibilities with a dreamy Pink Floyd-esque sound bordering on prog-rock. This was another example of the trio wanting to spice things up in production and play with new sounds. Discussing further, the band stated, "Once we finished the song we felt that we wanted to experiment more with layering instruments not typically present in our live performance to create a very interesting sonic atmosphere. In comparison to the other two singles, it showcases a more moody and vibrant sound."

November saw the most recent release, "The Diener," which takes on a bluesy indie rock vibe with fuzzy guitars and slick riffs adding to a lush and seductive soundscape. Guitarist Josiah Rodriguez took great satisfaction in creating the ideal guitar tone for this one. Cranking the volume up all the way to create the perfect velcro ripping fuzz sound, he produced a harmonious contrast between the noisy guitar hook and the cleaner feel of the verses. Inspired by a fictional story about a man who was cursed to work as a Diener in Satan’s morgue, the band had fun riffing on a classic “deal with the devil” tale gone wrong.