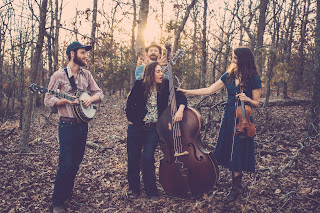 This track shows off the less grassy/more folk-pop side of the band, and it's one of my favorites from the record. Band member Joe Sundell, who wrote this one, was inspired by the loss of control we were all going through at the start of the pandemic--both as individuals and as a society--and how it made some of us feel like the walls were closing in. The imagery is powerful - there's a man whose life is turned upside down and finds himself in a hole at the bottom of a lake. It's the idea that as things keep progressing the way they are, we all have to jump into this new reality and learn to swim. 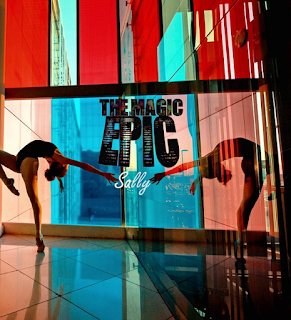 Toby Juan AKA The Magic Epic grew up in suburban South London and moved to the coast after falling in love with Brighton where he began writing his own music in 2013.

He worked as a hod carrier and then became a full-time busker after having enough of carrying bricks and cement one snowy morning in Redhill. Many years of busking has allowed Toby to perfect his craft and overcome his performance anxiety. His influences include John Lennon & Otis Redding but he's often likened to early Billy Joel. Sally is a beautiful track about a friend of Toby's who was a dancer and was heavily into the clubbing scene.

Her health suffered, which was a constant worry for him and then Sally had a brief fling with a guy they both knew and she became pregnant. She never looked back at her clubbing days and her health restored, she started to glow like never before when her child was born. They were there for each other through their hard times and so this inspired Toby to write the song to honour the battles she went through to become what she is today. Sally also made him godfather to her child.

The song is about knowing what love is for the first time and how having her child saved Sally. The track also features Iain Hornal from 10CC and ELO on backing vocal and bass guitar whilst the video was shot by Andy Baybutt who was behind the promo for The Verve's Lucky Man'.