Singer, songwriter, and poet Anna Westin, who hails from the UK by way of Canada, has released the second single from her upcoming album, LEV (the Hebrew word for “heart”). The single, “Bright Burning Mess”, which also opens the album, begins with some of Anna’s spoken word poetry, creating an atmosphere of intimacy and setting the thematic tone for the record as a whole. As the spoken intro of the song slowly gives way into a sturdy folk rock groove, Anna Westin’s entire musical style gently unfolds before you, drawing the listener with some of the album’s catchiest vocal melodies and lush backing instrumentation before dissipating back into the ether as Anna’s poetry returns in the track’s outro.

Speaking to her inspirations for “Bright Burning Mess” and how the process of creating this song was the moment that unlocked the album as whole, Anna writes: “At first it was just a collection of songs. It was only later that the more recent songs brought it into a whole concept for an album. So, probably sitting in my new flat in Margate, wondering whether I should have moved to a town I didn’t know by the sea, excited about the possibility of what was next, mourning an old love. I remember distinctly - the flat, with one sofa, before the furniture was bought - the cold blast of sea air, the sense of anticipation, and making sense of a few dreams that I kept having. That’s where 'Bright Burning Mess' started, and where the album emerged essentially.

There’s a Turner painting of the sea bed that reminds me of the movement of the piece - where Turner paints this churning brown muck that is caught up in the crystal blue storm sea, and there’s a bit of that in the piece - a sense of the underriding ’stuff’ pulled up from the deep, and the clear blue that transmits its own burning brightness of light across the horizon, reflecting sunset and moon and light and the vastness above, as it settles, as the day clears, like when we are going through something that causes the foundations to be broken up, and then find that we are on the other side, that the sea within has settled, and we are in the middle of a burning glorious brightness. All just feels like it has settled - like it is well again.” 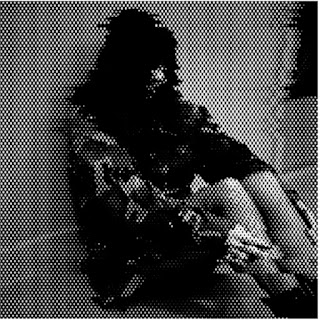 Violent Vickie is a Los Angeles based Dark Synth-Riot artist consisting of Vickie and co-producer/recording guitarist E.  Vickie has toured with Hanin Elias of Atari Teenage Riot and has shared the stage with Trans X, The Missing Persons,  Jessie Evans (The Vanishing),Them Are Us Too, Pastel Ghost and Aimon.

She has toured the US, Mexico, Canada & Europe and played Insted Fest, Solidarity Fest, Shoutback Fest & Gay Prides and Ladyfests.  Vickie’s tracks have been released by Crunch Pod, Emerald & Doreen Recordings (Berlin), Riot Grrrl Berlin, & LoveCraft Bar (PDX).  Her track "The Wolf“ was featured in a National Organization for Women film and she was interviewed for the documentary “GRRRL”, part of the museum exhibit “Alien She”.

Her LP "Monster Alley” was voted best album by KALX and her tracks have been remixed by 25+ artists.  Violent Vickie's Division LP was released in September 2020,  followed by a remix album of "Under The Gun" in February 2021 and a cover of Johnny Cash's Ring of Fire in July 2021.   Violent Vickie’s “Division” Remixes LP will be out in March 2022. 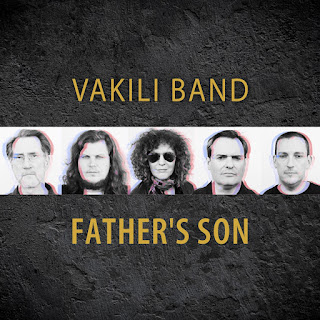 In anticipation of the album, Walking Sideways, Vakili Band have released the new single, “Father’s Son,” on January 28, 2022, with a video to come. Fronted by powerhouse vocalist/songwriter/guitarist Lily Vakili, Vakili Band cites artists such as Patti Smith, Prince, Iggy Pop, and Rage Against the Machine among their influences, and “Father’s Son” pays tribute to those influences, with lyrics that embrace rebellion.

“My lyrics are a poem with references and nods to what it is to be an outsider, loner, non-conformist - an artist, a son, a woman, a person that doesn't accept easy categorization,” she says. “There's anger in being in that place of otherness - and self-doubt too: ‘I find myself in an indiscriminate rage over misperceived aggressions and slights.’”

Inspired by a riff written by lead guitarist Ben St. Jack, the song came together when bassist Matt Jovanis and drummer Gordon Kuba locked into an intense percussive groove and Joel Dorow introduced a melodic line on harmonica. The horn section - a new addition to the band’s sound - came to Vakili in a dream. “When it works this well, as a singer/performer, I feel completely unconstrained and can be more experimental with vocals,” Vakili states.

Born in Honduras and raised in Thailand, Puerto Rico, and Iowa, Vakili worked in theatre and went on to carve out a successful career as a biotech lawyer while continuing to nurture all manner of dreams, including making music. She’s since released three albums - two as a solo artist, and one with the band.
Walking Sideways shows the growth of Vakili as a songwriter, vocalist, and bandleader, and the group as a whole. As the band gears up for the release on February 25 2022, they are enjoying the return to the stage. “Performing music live is a pursuit of ecstasy, connection, desire, and love... it’s real, heady stuff,” Vakili says. They’ll next perform at NYC’s Mercury Lounge on January 31, 2022.