New York City trio Colatura released their latest single, “Scars,” this week, sharing a video homage to the earliest days of television musical performances. Colatura’s debut album, And Then I’ll Be Happy, will arrive April 22, with a hometown performance set for that night in Brooklyn, at The Sultan Room [tickets here]. Prior, they will head to Austin, Texas for this year’s SXSW Music Conference.

Discussing the single, the band noted, "‘Scars' explores the dark fantasies of revenge you might indulge in, about someone who has caused you pain. It’s wanting to hurt someone who has hurt you and thinking that doing so will heal your own pain, but also knowing deep down that it won’t actually make the pain go away. But you indulge the fantasy regardless.

The chorus is rooted in doo wop, but in a dark way (doo wop noir, if you will), so in the video we wanted to reference that by doing a recreation of a '50s girl group soundstage performance, but to make the movements more robotic and unnerving, and also have it feel like a kind of strange afterlife limbo.

The emotionlessness of the singing and the movements seem on the surface like the pain is gone, but we wanted to use the juxtaposition of dark and light imagery to make it clear that even when you try to bury it, the pain will still live beneath the surface and be a part of who you are regardless. Not to be completely bleak, the flowers growing from our bodies show that there can be some regrowth and beauty even in the damage."

Featuring the triple songwriting attack of Jennica (bass/vocals), Digo (guitar/vocals) and Meredith (guitar/vocals), Colatura been called, "Fleetwood Mac with shoegaze guitars," by Fadeaway Radiate, and described by Popmatters as, “Drawing on a range of influences from '50s female-fronted outfits to Manchester post-punk and all manner of noisy things, Colatura sounds both of and out of its time, delivering music that seems to have always been.” Sonically, their foot is in a number of genres, writing music that is sometimes dreamy, sometimes heavy, with pop-leaning melodies and post-punk atmospherics. 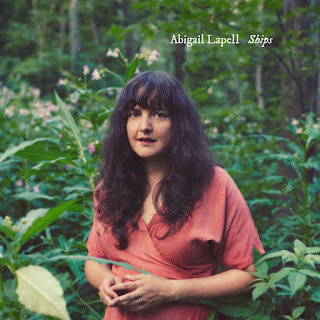 With a cyclical, hypnotizing guitar part and foggy, maritime imagery, Toronto songwriter Abigail Lapell’s new song “Ships” crashes on top of itself again and again until its subtle power tops the seawall and floods the landscape. Sounding like a mellower Sleater-Kinney or Laura Veirs with a horn section, “Ships” explores the insatiable, contradictory impulses that drive doomed love and other addictions, or as Lapell puts it, “Leaving versus staying, quitting versus relapsing—familiar shores and uncharted waters.”

The idea of opposites attracting—or repelling—shows up in the song’s arrangement, too. What begins as a soft indie rock head-nodder—with drums (Dani Nash), bass (Dan Fortin), and guitars (Christine Bougie)—starts to sneak in a horn or two, a step on the overdrive pedal, and layers of vocal harmonies before climaxing with a wild sax solo only met in energy by Lapell’s reactive vocals. Fortunately, cameras caught the whole recording process at Montreal’s hotel2tango recording studio, and today, Under The Radar premiered that footage in the music video for “Ships” who stated, “Lapell’s latest single sees her follow further in a folk rock direction, taking full advantage of her band’s explosive live chemistry.”

“Ships” is the second single from Lapell’s upcoming album Stolen Time—out April 22nd on Outside Music. Fans can hear the previously-released “Pines” at this link and pre-order or pre-save Stolen Time right here. Abigail will also appear at this year’s SXSW on March 16 at Stephen F’s Bar

The upcoming Stolen Time strikes a balance between Lapell’s acoustic debut, Great Survivor, and her two rockier Chris Stringer-produced records, Hide Nor Hair and Getaway, while bringing a live-off-the-floor 70s folk-rock vibe and more structural experimentation to the table on songs that feel expansive in their scope—unhurried, psychedelic, and other-worldly. Lapell’s band underscores and meets the power of her vocals on songs like “Ships,” a wild sax solo seemingly enticing her higher and louder to meet the crashing waves. But many of Stolen Time’s standout tracks are solo acoustic guitar songs, backed by little more than Lapell’s harmonica, pump organ, or accordion. “Old Flames,” with Lapell’s melodic fingerstyle guitar mimicking flickering embers, is a bit of an answer song to Bruce Springsteen’s “I’m On Fire,” and the swirling and woozy “Scarlet Fever” was inspired by an elderly relative’s tales of being quarantined as a child. “Land Of Plenty” was influenced by Lapell’s family history of escaping the Holocaust by immigrating from Eastern Europe to North America, as well as more recent immigration stories. 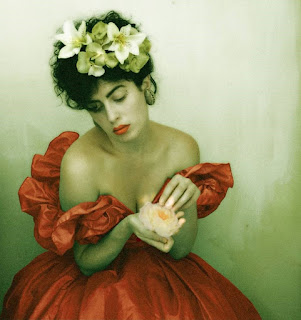 Audio visual artist and performer Ruby Tingle is set to release her first solo EP ‘Lagoons’, on No Such Thing Records, in conjunction with her public gallery exhibition at Warrington Museum and Art Gallery. ‘Flood’ is the first single to be released from 5 track EP, exploring the romance of dancing alone at night in an imagined wetlands, whilst desiring connection with someone else.

The remaining 4 EP tracks are based around Warrington Museum’s collection of amphibians and reptiles, and the artist’s lifelong connection with these animals throughout her own emotional experiences. Ruby’s music mixes natural sound processes and high range celestial vocals to compose original and dreamy, experimental “music from the swamp”.

She is an award-winning multidisciplinary artist working with progressive electronica in Manchester, represented by No Such Thing Records and PAPER Gallery Manchester. She exhibits and performs regularly across the UK and Europe, including Saatchi Gallery, Manchester Art Gallery, 48 Hours Neukolln, Axel Orbinger Berlin, Art Basel, HOME, sluice___ and Chethams Library. She is also one half of cinematic bass act Dirty Freud with whom she performed and headlined stages at Glastonbury 2019, and recently released EP ‘Love in the Backwater’ with Modern Sky.

Recent commissions include new compositional work for Lancashire Encounter and upcoming collaborative performances for British Art Show 2022. She has been awarded 2022’s Manchester Jazz Festival Originals Commission and will also exhibit at the Whitaker Gallery in 2023. 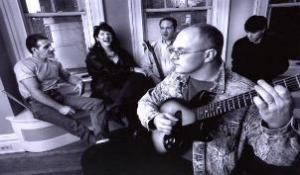 Little Wretches - Running  (Was the Only Thing to Do).

With the 2020 release of their album, "Undesirables And Anarchists," indie folk rock pioneers Little Wretches hit the ground "running." The album received national college radio airplay on over 115 AM/FM stations in North America. Propelled by international iTunes chart hits like "Ballad of Johnny Blowtorch" and "All Of My Friends," Robert Andrew Wagner and company have amassed more than 130K Spotify streams. Their Youtube videos are quickly approaching 70K views. Now, the Pittsburgh-based band has released their most poignant video yet.

The music video for "Running (Was The Only Thing To Do)" was released on February 15th, 2022. Taken from "Undesirables And Anarchists," the Wagner-written song was inspired by Cecil B. DeMille's movie, "The Ten Commandments" and band member/spotlight vocalist, Rosa Colucci's life story.

Wagner tells the story behind the song: "Prior to joining The Little Wretches, Rosa Colucci had never sung in a band. She'd been the only white soloist in a predominantly African-American Gospel choir, and she'd sung some karaoke, but that was the extent of it. Shortly after Rosa joined the band, Scott Mervis of The Pittsburgh Post-Gazette wrote, 'Rosa Colucci is the best thing that ever happened to The Little Wretches.' Given Rosa's vocal power, audiences came to expect her to have a 'spotlight' number in band's live shows, so she asked me to write something for her."

"Rosa is an April baby, the season of Easter and Passover, and I wanted to have a song ready for her birthday. Watching Cecil B. DeMille's THE TEN COMMANDMENTS on television while strumming my guitar, I paused to marvel at the big scene when Charlton Heston as Moses raises his staff and God parts The Red Sea. Bondage and hopelessness behind them and the impossible before them, what would the average Israelite do? What else could they do? RUN! Believers and non-believers alike. Oh, well... Here goes nothing. Or everything. I recalled Rosa having told me that she'd been on her own since the age of fifteen. The details are for Rosa to tell, but I saw the parallels. EXODUS. Let My People Go! In her own way, Rosa had fled a kind of bondage and leapt into an uncertain future with only faith to guide her."

"Sleepless Girl" is the first single off Stella Diana's awaited new album "Nothing To Expect", set for release on 22-2-22 via Vipchoyo / A State of Flux Records. Well established as one of the most appreciated acts in the international underground scene, the Neapolitan band pushes even further the boundaries of their sonic venture.

Like the praised previous album '57', 'Nothing to Expect' masterfully interwines new wave, dark post-punk textures and spirals of shoegaze light, this time highlighting a more brazen opening towards the melody.

As the band says: “In this new album we tried to create the soundtrack of something that ends, something that can never be again. The air you breathe is something ultimate, something that puts an end to everything. The sound is dark, sinister, evocative and compressed, very compressed. The first single, Sleepless girl, absolutely represents this atmosphere. The mood is rarefied and full of reverb.”

Named after the ancient name of planet Venus (Morning Star), Stella Diana were formed in 1998 in Southern Italy’s city of Naples by Dario Torre (vocals and guitar) and Giacomo Salzano (bass guitar), joined by Giulio Grasso on drums.