Norwegian math pop four-piece Mall Girl have released their debut album Superstar via Jansen Records. To mark the release, the band has shared a brand new live video for album track 'Close My Eyes', recorded at Studio Paradiso in Oslo where they recorded the album.

Superstar represents an exciting new chapter for the buzzed-about band. The release follows a string of successful singles, including album tracks ‘Bachtap’ & ‘Bubbly Cool Drink’, which introduced them as an act to watch in the alt-pop arena. Members Iver Armand Tandsether, Hannah Veslemøy Narvesen, Eskild Myrvoll and Bethany Forseth-Reichberg were forced to get creative when the pandemic hit, sidelining best-laid plans to flesh out some songs before heading into the studio together.

"Because of COVID regulations and the four of us living in two different cities, we changed the way we worked with the songs quite radically in the months leading up to the studio recording,” Narvesen says. "We’ve always been very oriented towards the live performance of the songs, including when we compose them together in our rehearsal space. That way of working has led to some challenges when recording, as you end up listening to the songs in a different manner and might figure out you should have done everything differently."

While others put their creative endeavors on hold, Mall Girl opted to try something different. Many of the songs on Superstar were tracks that the band regularly performed, but they wanted to seize the opportunity to evolve their sound even more. 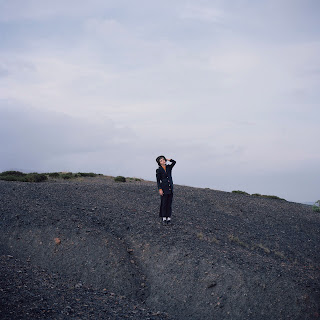 Dana Gavanski - Bend Away and Fall.

Conducting each note with a light gracefulness, Dana Gavanski's fingertips appear to dance whilst aiding their owner in expressing the stories behind each of her lighter-than-air tones. Stories which, on her brand new album When It Comes, may never have been heard if not for healing 'lost' vocal cords and a lesson in taking the rough with the smooth.

In many ways this record feels like it is my first. When I could use my voice, I had to focus so there is an urgency and greater emotional trajectory than before… it's very connected to vocal presence, which extended into an existential questioning of my connection to music. It felt like a battle at times, which I frequently lost. – Dana Gavanski

The record's focus track, "Bend Away & Fall," is about the constant zigzag of closing and opening up. Learning to give chances to new experiences and how to stick around when the going gets tough. The hegemony of old habits, fears and anxieties and the attempt to overthrow the deceitful draw to comfort in favour of flexibility and deep focus.
Dana Gavanski · Bend Away and Fall 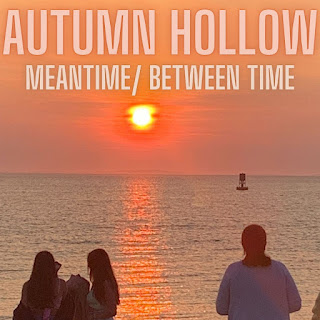 Autumn Hollow just announced the release of their single, “Meantime/Between Time.”  It’s off the Americana EP, Throw the House, due out June 17 through Oak Honest Records. A song to listen to amongst springtime wonders, “Meantime/Between Time” centers around the necessity to exist in the moment. A lilting melody draws the listener to the present moment while Murphy sings of finding happiness within even the deepest of burdens

The lived-in joy extends to the other songs on Throw the House, a sense of gratitude for the opportunity to build and rebuild no matter how much everyday life tears you down. Murphy’s hopes and struggles come across in songs like “Si Viene Si Va.” He says, “That was the first song that I wrote when I was able to write again. Si viene si va is an Italian phrase, that means ‘comes and it goes.’ That idea was really important during that time.

I just needed to have more energy and more happiness. Even if you’re writing something that might seem sad or depressing or whatever, you still need those things.”  “Pick up my pills and pick up my kids and hope that one won’t react with the other,” Murphy sings on “Rooting for Laundry.” The sound is often centered around the acoustic guitar and Murphy’s earnest vocal delivery triangulated somewhere between Bruce Springsteen’s bedroom records and Fleet Foxes’ rootsy rock and roll.