Lindsay Clark is sharing her new "Evening Star" single/video which features William Tyler on guitar. Carpe Noctem is due out on June 24th via Audiosport Records. Lindsay shared some words behind the meaning of the single "I wrote "Evening Star" one winter when I was visiting my hometown in the mountains of Northern California, and the river there. I was struggling with some patterns in my life that kept ending in loss, but I was also in a time where I felt a sense of deep internal change. I had gone down to the river one day and felt soothed by the sound of water against rock.

That feeling in the song is set against moon rise and the change of day into night, and is reflected in the changing harmony and rhythmic patterns of the song. When we went to record the song at Panoramic (in Stinson Beach, CA), I wanted to capture the darkness of night and the depth that water has, and William Tyler's guitar and bass parts added so much texture to the song. I always add a lot of layered vocals to my songs, and this one has a lot of those as well to create swells. Really, the song is about change and beginning a new cycle - feeling that before it's happened, but anticipating it."

Lindsay Clark finds balance between traditional folk, English folk, country and her own version of experimental folk that seems to come from within. With influences ranging from the Beach Boys, Elizabeth Cotton, Joni Mitchell, Appalachian folk, her classical upbringing, and her father’s record collection, she blends many worlds into a uniquely warm sound. She has carved out a unique and vibrant place as an artist with her penchant for poetry, rich harmony, and a style of self-taught fingerpicking influenced by Nick Drake, John Fahey, and others. 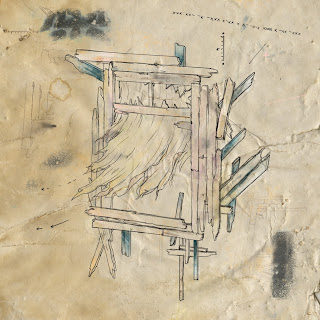 The name of our band rather accurately depicts the overall tone of an unrelenting unstoppable force. Tidal Wave evokes the melodic elements of indie rock bands, while creating compelling production-heavy ambient synth and guitar textures.

"Sunbleached" is inspired by the feeling of moving on in life. Specifically, I was thinking about my younger self when I was finishing high school. I realized that I may not see some of those people for a very long time or potentially even ever again. There's nothing wrong with people moving on in life and going forward but it can be a lot to process and accept that things will be different.

During the making of the song, getting the vocals right was one of the biggest challenges. I ended up traveling to Joshua Tree National Park in California and spending time in the desert to recharge, and really figure out what the emotions and lyrics of the song meant to me.

In the hole where there once was a heart, I reach right in and yet I feel nothing.

At a certain point you're worn out from wearing your heart on your sleeve and feeling everything so deeply that there simply isn't anything left to feel. And in that moment you feel like it's wrong to not be as broken up as you should be, but the physical truth is that you can’t put yourself through that hurt anymore.