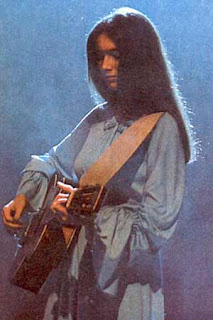 This is Emmylou Harris and the Hot Band at the opening night of the Warner Theater, Washington DC, USA on the 28th March 1976. 'Elite Hotel ', released in December 1975, established that the buzz created by the previous album 'Pieces of the Sky' was well-founded. Unusual for country albums at the time, which largely revolved around a hit single, Emmylou's' albums borrowed their approach from the album-oriented rock market, in terms of quality and artistic merit. Tracks like "Sin City" , "Wheels" , and "Till I Gain Control Again" , which weren't singles, easily stood against tracks like "Together Again", "Sweet Dreams" , and "One of These Days" , which were. While 'Elite Hotel ' was a number 1 country album, the album did sufficiently well with the rock audience. ' Elite Hotel ' won a Grammy in 1976 for Best Country Vocal Performance, Female . Legendary DC Concert Promoter Mik
9 comments
Read more 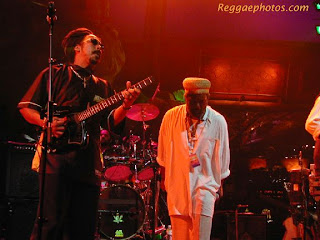 Third World are a Jamaican reggae band formed in 1973. Third World's greatest success came in the late 1970s and early 1980s, peaking with their cover version of The O'Jays 'Now That We Found Love' , a hit single on both sides of the Atlantic in 1979. Their music may be a little too commercial for some reggae purists, however as their website states 'the band was born out of a drive to write and perform original material incorporating reggae, rock and funk, and a desire to tour and take music to a wider audience'. From the peak of their success this is Third World live in Jaap Edenhal, Amsterdam, on the 9th June 1979. Set list is: 1.One cold vibe. 2.Rhythm of life. 3.Cold sweat. 4.Thirld World Man. 5.1865 (96 Degrees in the shade). 6.Cool meditation. 7.Now that we found love. 8.Talk to me. Sound quality is very good (from a FM stereo recording). DOWNLOAD LINK IS IN COMMENTS BELOW. For more on Third World check their website HERE . There are a few C
5 comments
Read more
More posts