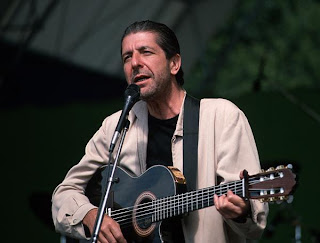 This is Leonard Cohen from 1993 touring around the time of 'The Future' being released, (his last tour until now).

Due to appear at Glastonbury this year and also touring from June 2008 in Canada and Europe,
if you get a chance to see him live, take it!

Having released three 'official' live albums, this is the first live material I have heard from 'The Future' era, and it is extremely good.

The man remains a massive influence in music, and now in his seventies, is as eagerly anticipated, as at any other time in his forty year musical career.

This was recorded from an FM broadcast of the concert at the Lisebergshallen, Gothenburg, Sweden, on the 2nd May 1993.

I just post your latest update`s on my blog spot?
If you mind, let me know.

In the future you can post your update`s yourself and i will post them on my blog.
I only post the links to your site, NO deeplinking.

And if you want to support me you can put a back link on your site
Thx and keep up the good work.
Mixdigger