Showing posts from November 6, 2011
Show All

The Ozark Mountain Daredevils - The Roxy 1975. 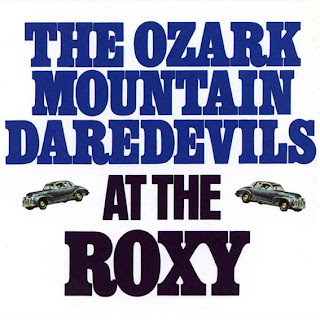 This is The Ozark Mountain Daredevils , live at The Roxy, Los Angeles, California, back on December 11th, 1975. This was the final gig from a three night residency at the venue and was broadcast on FM radio. The Ozark Mountain Daredevils formed in 1972 in Springfield, Missouri, USA. They are most widely known for their singles "If You Wanna Get To Heaven" in 1974 and "Jackie Blue" in 1975. The group's demo tape eventually caught the attention of A&M Records staff producer David Anderle, who was looking for an Eagles country rock type of band to place on the label. Anderle and the Eagles' first producer, Glyn Johns, flew to Missouri to catch one of the band's performances. But the band, nervous about Johns and Anderle being in the audience, did not play their best. Later on, Peterson invited the two men back to his place to hear the band give an unplugged performance by candlelight. This time Anderle and Johns were blown away and they were signed
2 comments
Read more
More posts