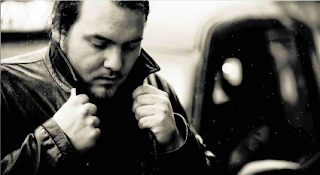 Daniel Land - New York Boogie-Woogie. Background - After a three year hiatus, Daniel Land has announced the forthcoming release of his 'In Love With a Ghost' LP, undoubtedly his most complicated and textured record to date. This album follows albums 'Love Songs For The Chemical Generation' and 'The Space Between Us' by Daniel Land & The Modern Painters. It was recorded over the three years following that group's disbanding, at a time when he seriously considered giving up making music. The first single from this release is 'New York Boogie-Woogie', along with a video based on footage Daniel Land himself filmed in New York. Daniel Land explains, "This is an album about cities. It is an album about reinvention, and starting your life over. It is an album about growing up, finding love, and settling down. And to a lesser degree, it is about the damage that can be done to a person, or a family, by falling in love with the wrong person. With &
Post a Comment
Read more 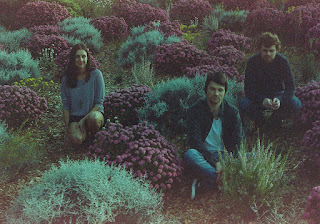 Corniglia - Oh My Love. Background - Perth indie pop act, Corniglia are releasing their debut single ‘Oh My Love’, through The A&R Department on the the 25th November. With comparisons to Beach House, Daughter and Radiohead their brand of Dark-Pop combines dreamy guitar and synth leads with an undulating bass groove and minimal beat guided by a tambourine. The introspective, almost mantra like vocals, touch on mortality and the vulnerability that lies beneath the bravado of modern life. Recorded in bedrooms and living rooms, songwriting brothers (Matthew and Mitchell Irwin) are walking the line between their raw, DIY tendencies and silky production, being mixed and mastered by Perth musical guru, Alan Smith of Bergerk! Studios. DIY wins out in the end on their decision for making the film clip for the track, with Matthew and singer (Chloe De Paoli) shooting a homemade animated film clip for the release off a bedroom floor. “We used over 1000 photos shooting the stop motion film
Post a Comment
Read more 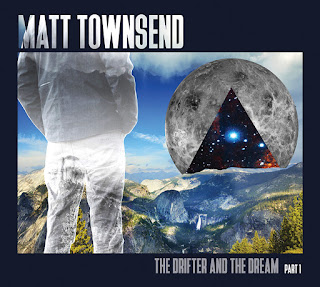 Matt Townsend - Came Down From The Mountain. Background - The Drifter and the Dream (Part I) is the first installment of a two-part EP series. It features some of Western North Caroli-na’s finest musicians, such as Bill Berg (Drums on Bob Dylan’s Blood on the Tracks) River Guerguerian, Kat Williams, Franklin Keel, Jackson Dulaney, Carly Taich, Charles Gately (Doc Aquatic), Ryan Burns. With his distinctive voice, and a world weary insight, Matt Townsend delivers his original songs, formed in the wells of Folk music, 60’s rock and pop, indie rock, ambient music and the American songwriting tradition.Live, his band flows from high energy rock and roll, to quiet folk tunes and back. Bob Dylan, Neutral Milk Hotel, Neil Young are counted among some of his musical guiding lights. The Asheville, North Carolina-based musician has been performing across the country since 2012. 2016 marks the anticipated release of Townsend’s latest work, The Drifter and the Dream (Part I), a five-track EP, whi
Post a Comment
Read more 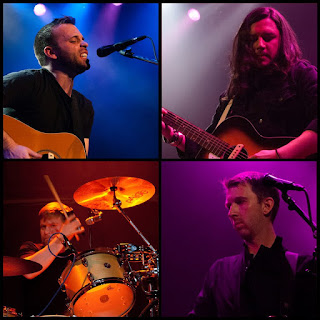 Nice Motor - Duck And Cover. Background - Nice Motor is a Rock n' Soul band from Chicago, forming in late 2014. With Brian Webb on Vocals and Guitar, Seth Webb on Drums, Dave Swick on Guitar, and Neil Krajenta on bass, the band began recording music during the summer of 2015. Their first releases, "All the Neighbors" and "Turn to Stone" were made available for free on Soundcloud in the fall of that same year. Nice Motor formed after the break-up of Chicago veteran band "Jonny Rumble", freeing up Brian and Seth for new adventures, and Dave's departure from another Chicago band, "Super Happy Fun Club". Neil was waiting in the wings, bought a bass, and off they went. Beginning with acoustic writing sessions on a balcony, and impromptu electric noise-making, the band quickly began to write tunes as a well-orchestrated unit. After pocketing a hand or two full of songs, the band began recording in May with their good friend Chris Mason manni
Post a Comment
Read more 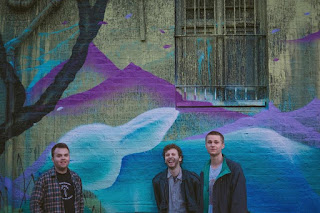 Happyness - Falling Down. Background - When Happyness first burst into the public conscience with 2013’s debut single It’s On You, their spirited take on US college rock was as big a surprise as it was an instant hit. The resulting full length, Weird Little Birthday, went on to feature in many of 2014’s End of Year album lists. Worldwide tours, an NME Award, a re-issue on the much-loved labels Moshi Moshi Recordings (Bar/None in US), and millions of Spotify plays later, it is with some anticipation that news of album number two begins to surface. Currently only two things remain certain: Spring 2017 will see the release of Weird Little Birthday’s successor, and today they share the first taste of what the album will sound like in the form of new single Falling Down. Following news that their YALA club night headline show for The Maccabees’ Felix White sold out within two hours, the band also announce today their biggest London headline show to date: 28th April, The Dome, Tufnell Par
Post a Comment
Read more 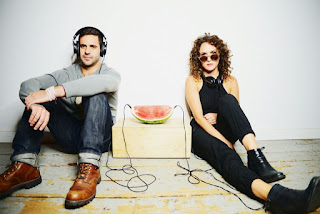 Satellite Mode - Warm Fire Lightning. Background - Continuing their momentum of clock-work single releases throughout 2016, "Warm Fire Lightening" is Satellite Mode’s most gritty, rock influenced track to date. The song’s production is based around a loosely tuned Rickenbacker guitar riff, coupled with psychedelic synth loops and naked, one take, vocal melodies. With a soundscape inspired by the NYC noise pollution relentlessly carrying on outside producer Alex Marko’s home studio, the track’s lyrics recount the all familiar tale of the ambiguous dating scene in a busy city where games are played and truth, love and serendipity all come into play. The track was written and recorded in Alex’s closet sized NYC apartment and mixed in Berlin by the talented Damian Press. Founded in New York City, Satellite Mode is composed of artists Jess Carvo (Vocals) and Alex Marko (Production / Instrumentation).  The duo has become most known for their blend of haunting vocals with electro
Post a Comment
Read more

Yeomans - My Fish Got Drunk. Background - Garage rock bands always tend to weigh heavily on the retro vibe and Toronto’s Yeomans are no exception, naming themselves after the hardworking farmers of colonial America. However, their music isn’t quite that ancient. Glimmers of 60s fuzz pedals, melodic surf, psych grooves and reverb soaked vocals haunt the Yeomans’ sound. The band formed in 2013, during the height of the Rob Ford crack scandal. Guitarist Kieran Heilbron met then Yeomans’ drummer Jocelyn while selling “Rob Ford Smokes Crack” t-shirts to raise money for the Gawker "Crackstarter" campaign. Realizing they were both into psych and both looking for a new project they started jamming and Yeomans was born, joined by Calgarian Ian Kilburn on vocals & guitar. They do their heroes proud, throwing nods to The Chocolate Watchband, The 13th Floor Elevators and The Masters Apprentices. Yeomans released their first EP in 2014, recorded in a ghostly church in a small town
Post a Comment
Read more
More posts