Showing posts from December 8, 2019
Show All

Ruthie has a new lyric video for 'Twenty Forty Seven' as she makes her fourth appearance on Beehive Candy this year. Her beautiful voice once again pleases on this gentle and rather stripped back track. === With a band name lik e World/Inferno Friendship Society and a song title such as 'All I Can Do To Help You With Your Nightmares Is Keep You Up Late V1' the song itself had better be good and it is, as these genre mixers splendidly deliver. === Whyte Horses along with the vocals of La Roux have just released 'Mister Natural' which is a gorgeous indie pop cover of a 1974 Bee Gees song. === Another band making their fourth appearance here are Post Louis with the latest song release 'Descender' where we find the art rock band in melodic and reflective mode. ===  Michael Malarkey has released a second single from his forthcoming album ' Graveracer' in the form of 'Shake The Shiver' which is another refined and atmospheric Americana so
Post a Comment
Read more 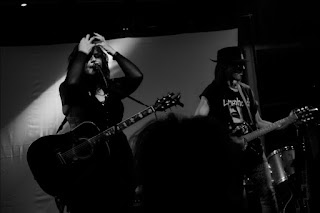 Caroline Blind shares a second track from her upcoming album with 'Need To Say'. Described as "dark and atmospheric" it's all of that and quite hypnotic as well. === Folk meets pop with 'Susan' by Ebony Buckle a delightfully quirky song that twists and turns both playfully and beautifully. === Our fourth feature for Gaffa Tape Sandy who have shared 'My Desperate House' a hook filled, full on garage rocker. === Five piece rock band Colour Of The Jungle have a fine song and message with 'Humblebee' a powerful and determined indie rock piece. === Randall Bramblett has released 'Vibrating Strings' ahead of the 10th anniversary release of his album 'The Meantime'. The new, deluxe edition of the album includes two previously unreleased bonus tracks from the original sessions including this gorgeous one. === Stone Irr has a new video for the single 'Fine With Me' a melodic and refreshing piece with fabulous vocal harmon
Post a Comment
Read more

Thyla make their eighth appearance on Beehive Candy with the song 'December' released today. This is a band that have consistently impressed us as they take alt rock and post punk in so many exciting directions, always with feeling and creativity. === Fanclub make their third appearance here with the brand new song 'Trespassing' the indie pop band taking a more rocky edge without losing their smooth melodic sound. === Canadian - German dream pop band Monako share their new track 'Aside' a gently paced song that has depth and emotion, it's less pop and more dreamy if you see what I mean. === Finally today we have Blake Jones and The Trike Shop with 'My Soft Rock Girlfriend'. The song has been around for more than couple of months however it came as part of a compilation album from Big Stir Records ( here ) who have a really supportive approach to the artist they work with, and an exceptional talent at finding fabulous music that can so easily go miss
Post a Comment
Read more 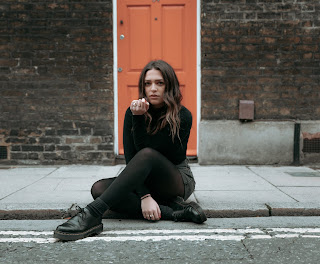 Charli Adams may be a newcomer (I'm quoting below) however 'Backseat' is a confident and imaginative alt rocker of sorts that exudes class. === West Wind share 'River' the band only formed last year however this is a smooth and tight musical excursion that takes dance music close to the border with sophisticated rock. === Four years on and Sea Wolf returns with 'Fear Of Failure' an indie rock song with a good helping of folk sensibilities. === Songwriter and a creative one at that Walter Martin shares the delightful and extremely catchy 'That's All I Need' an exotic song that conjures up so many fine mental images. === From South London we have the five piece band Margot with 'In Your Palm' a dreamy, laid back and lush song oozing class. === Known for their cinematic pop Fassine have just released the rather gorgeous song entitled 'Limbs' - expect a whole load of beautiful musical hooks. === With a stylish video The Hempolics in
Post a Comment
Read more
More posts