Gillian Stone - Shelf. Gillian Stone is a Toronto-based multi-instrumentalist whose work has been described as “a mix of Black Mountain, PJ Harvey and Weyes Blood” (PhotogMusic). Her songwriting draws from post-rock, art-rock, folk, minimalism, and ambience. Born and raised on Vancouver Island with Icelandic heritage, Stone channels the influence of outer landscapes in her inner lyrical worlds and soundscapes. Her music is often the product of processing her darkest emotions, particularly those related to shame, depression, addiction, self-doubt, and loss. She juxtaposes these themes with textures that range from tender to explosive in order to produce a singular sonic environment. Stone’s debut release, “Bridges,” was described as “a dark and beautiful song; a song of many textures” (Monolith Cocktail) and “achingly vulnerable” (The Joy of Violent Movement). Her new single, “Shelf,” co-produced with experimental cellist Michael Peter Olsen (Arcade Fire, Haim, The Hidden Cameras), is
Post a Comment
Read more 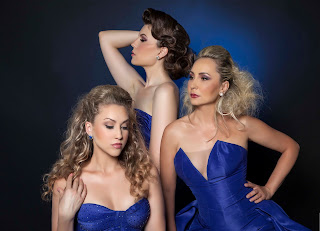 ViVA Trio - Siren Song. Award-winning and Internationally acclaimed Canadian female vocal group ViVA Trio are set to summon audiences out to sea with this, their stunning new single, “Siren Song.” The three-piece’s two sopranos Anna Bateman and Katya Tchoubar, along with mezzo-soprano Erin Fisher, discovered a rare silver lining in the interruption of their international touring schedule due to COVID-19; the newly-freed up time meant they could create some new musical masterpieces to follow their breakthrough debut, Nothing Else Matters. Telling the ancient sailor’s tale of the ‘Siren’s’ hypnotic voice and powerful lure, “Siren Song” instantly surrounds, haunting and hypnotizing from start to finish between its electronic mixing and multi-layered vocal mastery. “Anna naturally has the highest voice in the group,” Tchoubar shares and jokes of Bateman’s role as the song’s ‘siren.’ “We usually refer to her as the dolphin of the group!” “She’s not wrong!” Bateman laughs. “My voice is just
Post a Comment
Read more 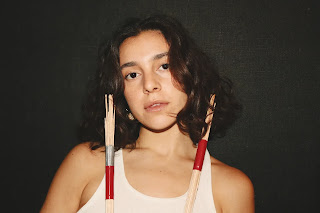 Giulia - Lucky Ones. Versatile, intuitive, and multi-dimensional. Those are just a few words to define the genre-bending musician Giulia., who infuses jazz-influenced arrangements, unusual rhythmic phrasings, and understated spoken word into her dreamy indie-folk melodies. Born and raised in Toronto, one of the most multicultural cities in the world, Giulia. was surrounded by a world of art from a young age. The moniker Giulia. (with a g and a period) comes from the Italian spelling of Julia she’d always wanted. Her parents “Americanized” their names in their youth when having a foreign-sounding name was frowned upon.  Years later, they gave both her siblings names with the traditional Italian spelling. Giulia. says, “I remember growing up, I was very dramatic about the fact that I was the only one who didn’t have an Italian name and always envied the uniqueness of their names.” Set to release her first song at 19, she needed an artist name immediately.  She says, “The little 9-year-ol
Post a Comment
Read more

Shay Martin Lovette - Upstate. Wayfaring songwriter Shay Martin Lovette’s story is shaped by an enduring creative pursuit, an inseparable connection with the natural world, and a deep appreciation for the nonpareil musical voices of the past. After releasing his debut in 2018, receiving a plethora of regional accolades, and spending over 100 days playing shows to eager audiences,  he’s back with his sophomore effort. The new 12-song collection, Scatter and Gather, was produced by Joseph Terrell of North Carolina’s cherished indie roots outfit Mipso (Rounder Records), and features members of the band throughout. Lovette’s songs deliver evocative imagery that invites the listener along on one’s life journey, full of incidents, escapades, and moments of clarity. From a canyon to a “cold casino rooftop,” and various locales around the Blue Ridge Mountains in western North Carolina, where Lovette is based, The backdrops are ever-changing but a common thread can always be found in the feeli
Post a Comment
Read more 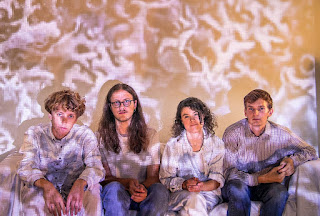 Melby - Magic. Stockholm four-piece Melby have constantly been growing since their debut with catchy single 'Human' in 2016. In 2019, the band released their acclaimed debut record 'None of this makes me worry' which was followed by tour dates all over Europe. During the pandemic in 2020, the band have worked on new material in a new way. From these sessions, we've previously heard the prog/psych inspired 'Common Sense', the dreamy but melancholic 'Old Life' and most recently 'Somewhere New', a dynamic track inspired by classical counterpoint composition. Today, the psych-tinged indie pop gem 'Magic' is released. Are from the band tells us about Magic: "I feel like Swedish culture has a very low tolerance for expressing imagination. Stockholm in particular is a place that demands extreme realism, concrete explanations. This can be really frustrating, and Magic is kind of a free association on that theme, wrapped in a polite, stra
Post a Comment
Read more
More posts