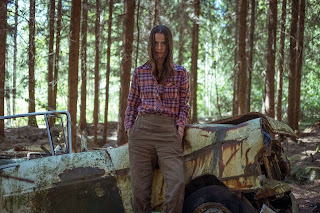 Norway’s Frøkedal & Family share Set Your Spirit Free, an awakening both sonically and spiritually, and the third taster taken from forthcoming album ‘Flora’ which follows 14th May, Fysisk Format.

Lauren Lavern once described Frøkedal as sounding like “Fleetwood Mac getting on pretty well with Joni Mitchell”. It’s a description apt for new single Set Your Spirit Free melding as it does Frøkedal’s indie-rock heritage (I Was A King, Harrys Gym) with folk traditions, taking roots instrumentation, a meandering melody and Frøkedal’s gloriously ethereal overlaid vocal and building it skywards, layer upon layer heavenwards.

However, Set Your Spirit Free also inhabits its own transcendental and somewhat magical world, it is a song described by Frøkedal as “the dam that bust.” Born on day seven of ten consecutive days in the studio, it marks the turning point where the chronology of the studio diary disintegrated with the song triggering an experimental free-falling and unstoppable avalanche of overdubs, cümbüş, whistle piano, high strung, congas, chimes. “Shortly afterwards, the studio diary mentions something about paranoia” explains Frøkedal, “but the way I remember it, this was one of the happiest days we spent in the studio.”

Set Your Spirit Free was born out of a deep human connectivity, it’s the organic, heartfelt and intuitive sound of Frøkedal & Family letting loose and setting themselves free.

“We know the mind is able to move mountains. That the souls of all living things are connected through invisible links. There is a language that is understandable to all creatures. This is the song we sing to those of you who have forgotten.” - Frøkedal. 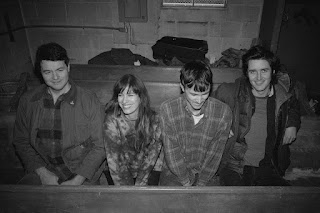 The Felice Brothers released their first new single in two years "Inferno" alongside an official video composed of found footage edited by Ian Felice. The song, out today via Yep Roc Records, reflects on the half-forgotten memories that shift and morph in the mind as we age, and is their first new music since the release of their critically-acclaimed 2019 album Undress.

"This song, more than anything, is about the persistence of certain mundane memories, and how they take on hidden meaning and significance, how their symbols become part of our inner lives, and how they are transformed in our minds," explains Ian Felice. "It’s also about youth and growth and transformation. Memories of the film are obscured through the lens of time. Does Jean Claude Van Damm actually ride a motorcycle along the banks of the Rio Grande? I don’t recall, but still I have this image in my mind. I just remember how horrible the movie was. The two characters in the song are transformed into swans in the final verse, in a dream, as they are swept into the fire of another, more frightening reality."

"Inferno" was produced by The Felice Brothers, engineered by James Felice and Nate Wood, and mixed by Mike Mogis (Bright Eyes, Phoebe Bridgers). The song also sees the continuation of the new lineup of the band that debuted with Undress, consisting of Ian Felice, who shares songwriting and vocal duties in the band with his brother James Felice, bassist Jesske Hume (Conor Oberst, Jade Bird) and drummer Will Lawrence.

The Felice Brothers’ Undress was acclaimed by No Depression, Consequence of Sound, American Songwriter, Paste Magazine, PopMatters, Talkhouse, and Rolling Stone who called it “their best album in years.” NPR Music said “With Undress, The Felice Brothers' folk-rock sound and vision has matured and focused, and the band does its best at making sense of our modern times.” 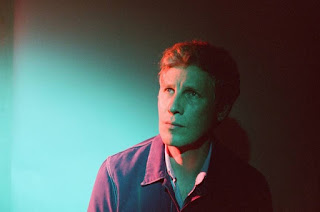 Scott Matthews - Wait in the Car.

New Skin. It’s not just a title. It’s a state of mind, an accurate summation of the position in which Ivor Novello Award-winning songwriter Scott Matthews finds himself with the release of his seventh studio album on May 14th 2021. The man who specialises in conveying the emotional complexities of love and loss in sparse, warm-hearted acoustic songs has shed another skin. Reborn in a new guise, circumstances have forced fundamental reinvention.

Covid-19 was the catalyst. A life-changing event that forced Matthews to reassess, he decided to scale a musical Everest, setting himself new challenges, digging deeper than before to find new ways to communicate through song. Unable to tour or collaborate with musicians, he had only his own head space in which to operate. And so, he created ‘New Skin’, a daring and audacious record swathed in Eno-esque electronica and Thom Yorke-centric uncovering that channels the driving energy of ‘80s Springsteen. Rock and ambient. Acoustic and electro. Matthews fuses insistent guitars and pulsing beats with the sort of angular, early ‘80s synths that Vince Clarke pioneered. It is bold and fearless, experimental, and compelling. ‘New Skin’ inhabits a rare terrain.

The first track to be unveiled from the album, the title track ‘New Skin’ picked up Radio X & BBC 6 Music Breakfast Show airplay plus support from a plethora of music blogs and sites, winning over critics and fans alike to Scott’s new sonic exploration, including legendary former Cocteau Twins member and Bella Union boss Simon Raymonde, who has subsequently invited Scott to perform at his next ‘Lost Horizons’ show later this year.

Second single from the album ‘Wait In The Car’ explores the human fear of nothing lasting forever, while portraying a euphoric energy that drives the listener into feeling they can break free. With its soaring synthesizers and ambient electric guitars resonant of the Cocteau Twins, the emotional resonance and driving energy of ‘Wait in the Car’, will inhabit a place in every soul as Matthews masterfully interlaces melancholy and euphoria.

The director of the ‘Wait In The Car’ video, Damien Hyde, unearthed the beautiful 8mm home movies filmed by Ellwood P. Hoffmann. They were masterfully shot and such a beautiful celebration of life. The portrayal of a life’s potential lost opportunities and the fleeting nature of our experiences informed the decision to play the movies backwards. In Damien’s words, ‘The home movies are, to me, a testament of bravery in the face of fear. This is an allegorical road movie. The tenderness and joy in some of these scenes is truly remarkable. Those fleeting moments of beauty captured, and replayed and repurposed decades later, are the by-products of endless rumination, doubt and vulnerability.’

It's been 14 years since the release of Matthews’ stunning debut, ‘Passing Stranger’, a record that prompted tours with the Foo Fighters, Robert Plant and Rufus Wainwright and earned his Ivor Novello for the timeless ‘Elusive’. Since then, through the daring ‘Elsewhere’ and the immersive ‘What the Night Delivers’, through his affectionate ‘Home’ Part I & II song cycle and his thoughtful and elegiac ‘The Great Untold’, Matthews has refined his craft. Having mastered the art of the song, he’s given himself permission to take flight by making a record that will surprise and astonish, delight and mesmerise.

Yet for all his adventures in electronica, ‘New Skin’ is at heart a record of classy songs. Yes, the treatment is different. Yes, it will take listeners into a new space, just as it provided Matthews with new aural adventures. Yet above all, it’s a collection of songs written by one of our greatest craftsmen. 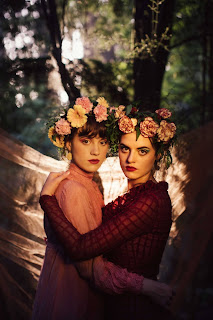 “Treading Water” captures the bittersweet reminiscing of a relationship that was mutually ended. The journey takes the listener across the city of Melbourne, while navigating across the trickier emotional terrain as they transition from lovers to friends. The song features tender layered vocals, dreamy melodies, and creative instrumentation that is soul-bearing, immersive, and fluid. The duo are signed to AntiFragile and have found success being added to official Spotify playlists including Fresh Folk, Lush + Etheral and Acoustic Spring among others.

Their debut album “Staring at the Starry Ceiling", produced by Nick Huggins of Little Lake Records and featuring the duo's signature angelic vocal harmonies and captivating chamber folk sound, was praised for its candour and originality and named one of the best releases of 2016 by ABC Radio National. Their sophomore album “Your Company” in November 2019 on their independent label Conversations With Trees, they toured Australia widely.  This album was Melbourne's PBS Radio Album of the Week and winner of the Best Folk/Singer-Songwriter Album in the Independent Music Awards (IMA).

The duo has won many awards nationally and internationally and their music has featured on Australian TV. Their influences include Sufjan Stevens , Gillian Welch, Danish songstress Agnes Obel and First Aid Kit as well as the incredible home grown talent in their local Victorian folk scene.