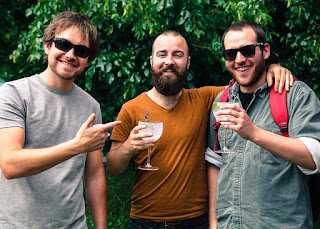 With two critically-acclaimed albums, one EP and five singles under their collective belts, Welsh Music Prize-nominated Cymrucana pioneers Climbing Trees return this spring after three years of hibernation with brand new single Troubling Times.  Released via Staylittle Music and distributed by The Orchard and PYST.

Recorded in isolation at Mwnci Studios in Hebron, Carmarthenshire – the setting for the band’s critically-acclaimed albums Hebron and Borders – Troubling Times marks the Trees’ first studio material since 2018’s Borders: Acoustic B Sides EP, released at the end of an eventful few years which included shows in the UK, Europe and USA alongside numerous television, radio and festival appearances, a live session at London’s iconic Maida Vale Studios and a performance with the BBC National Orchestra of Wales.

As the band’s frontman Matthew Frederick remarks; ‘We decided to take a year off in 2018 to spend a little time on our various solo and side projects.  Before we knew it, two years had passed, then three, and a whole lot has happened in the world in that time.  We didn’t want to come back until we had something to say, and, more importantly, a good song to say it with, and Troubling Times certainly feels timely in that sense.  We’ve really enjoyed making music as Climbing Trees again, and we can’t wait to get back out on stage in front of the Trees fans, whenever that may be…’ 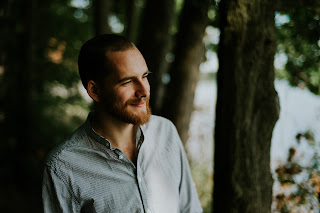 Michael Lane releases the happy upbeat indie folk single "Good Times" on April 30th. Although 'Good Times’ is a very upbeat and happy song, it still has a more serious and deeper meaning. Without getting too much into it, in the song I’m basically saying that, just because you surround yourself with a new house or nice car, doesn’t mean it will give you more happiness in the long run.“ Michael Lane explains. If there is a modern folk-pop artist who has seen the harsh realities in life, it is Michael Lane himself.

As a US soldier in his twenties, sent to Iraq and Afghanistan, Michael was forced to live at cruelty. And if his previous albums were like a kind of musical diary in which these experiences were reflected, Michael Lane's regained ease and joy can clearly be seen in Good Times“.

The song is a message of hope and positive certainty that a time of crisis will lead people back to the important things. Successes such as two top 50 songs in the German charts, four albums, international tours and the single "Liberty" as the official song of the 2015/2016 Four Hills Tournament, Europe’s biggest international ski jump event, have made the German-American known to the public. In addition to his work as a musician, Michael Lane is currently also active as a songwriter for production music and as a music producer in his remote "Studio Waldblick“. 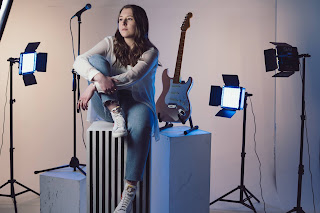 Bethany Ferrie, a 23-year-old singer/songwriter from Glasgow who has recently been shortlisted for the BBC Radio Scotland Singer/Songwriter Award and signed her first publishing contract in 2020, releases her new single, Bones, on the 30th of April 2021.

The track, written in the midst of lockdowns and an upturned world, is about reminiscing, letting go and opening up.

Bethany takes a wide range of influences when it comes to crafting her music: from the likes of Fleetwood Mac to Lewis Capaldi, Kings of Leon to Taylor Swift. 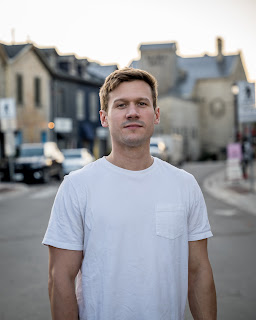 Hunter Sheridan - To You, My Friend.

Hunter released his debut album, Life is a Dream, in May 2020 and has reached over 100k streams cross-platform. He is now following up with a new single, “To You, My Friend,” which highlights the beauty in the briefness of life, and how important it is to show gratitude, support and appreciation to the ones you love while pursuing your own passions.
Hunter Sheridan Music · HunterSheridan - To You, My Friend