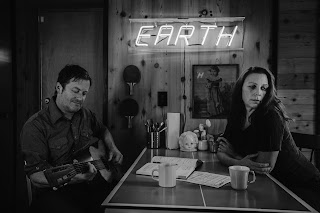 The Delines - Little Earl. The Portland, Oregon based country-soul group The Delines have announced their third studio album, The Sea Drift, will be released on February 11, 2022 via their new American label home Jealous Butcher Records. The stunning first single and opening track of the album “Little Earl,” is out today accompanied by a music video directed by Jordan Mosser. “Little Earl” is the perfect introduction to the sights, sounds, and characters that populate the vivid world The Delines have conjured in The Sea Drift, their most cinematic and visual album yet. Written by songwriter and author Willy Vlautin, and performed by lead singer Amy Boone, “Little Earl'' is a tender and moving song that manages to blend soul, country, folk and indie rock into a sound that feels warmly familiar yet totally unique. “Little Earl” is the first track from a collection of songs The Delines describe as “songs and stories found drifting up and down the Gulf Coast.” “‘Little Earl’ was o
Post a Comment
Read more

Touching - All I Need. Touching is the artistic alias of songwriter and producer Michael Falk. From his home in Winnipeg, the multi-hyphenate musician has organized festivals, run a studio, and operated a record label, juggling countless roles within the local scene. As a performer, he has toured with acclaimed acts including Les Jupes, The Liptonians, and rapper/CBC host Ismaila Alfa. Yet since becoming a father, Falk has consolidated his lifelong pursuit into a renewed, singular focus: Get back to making music. And lots of it. Spring 2020 saw the release of Touching’s debut album, Isolation Blues. Sharing 10 songs over 10 weeks, the project was unveiled serially with a one-shot video for each track filmed and released every seven days. With its relatable lyrical themes of loneliness, depression, and disconnection, Exclaim! described the collection as “a greatest hits of pandemic moods.” Hot on its heels comes littleworlds, a new album aiming to disinfect the darkness with sunlight. T
Post a Comment
Read more

Katy Kirby - Juniper. Katy Kirby is a songwriter and indie rock practitioner with a writerly focus on unspoken rules, misunderstandings of all kinds, and boredom. She has just released a new video for the gorgeous song 'Juniper'. Kirby was born, raised, and home schooled by two ex-cheerleaders in small-town Texas, where she started singing in church amidst the soaring, pasteurized-pop choruses of evangelical worship services. After high school, Kirby moved to Nashville, where she managed to graduate college with a rapidly expanding circle of artistic allies, an amorphous collection of leftist beliefs, and a few handfuls of songs. After a series of painful failures to complete a record that reflected the temperament of those songs, Kirby finally turned to dear friends and co-conspirators to form a band capable of constructing a satisfying full length. ============================================================================ Willie Stratton - Need Your Love. Willie tells us
Post a Comment
Read more

ALA.NI - Le Diplomate FT. IGGY POP. Today, the UK-born, Paris-based artist ALA.NI released her video for “Le Diplomate,” featuring guest vocals from Iggy Pop. The video stars an unrecognizable ALA.NI in special-effects makeup and prosthetics as “Le Diplomate” On her decision to portray “Le Diplomate” in whiteface, and her reason for the two year delay in releasing the video, ALA.NI says in a statement: So much has changed in the world. The covid pandemic and all of its challenges, being a main global issue to currently tackle. Also the acknowledgement and conscious movement that Black Lives should Matter. A statement that leaves a bad taste in my mouth. Why must I even need to ask for this in our so-called equal and free modern society? Asking to be counted, when we still pay our taxes. Very saddening. We must fight for this change. TOGETHER. My heart has been deeply hurting along with the rest of the black communities all over the world. On top of all of that, the entire human race h
Post a Comment
Read more 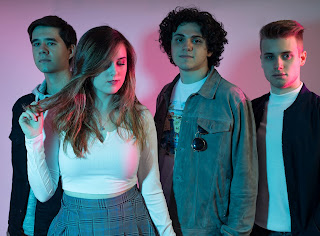