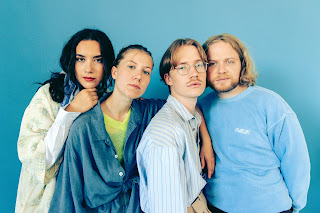 ‘Bubbly Cool Drink’, the new single from Norwegian art-pop outfit Mall Girl, represents an exciting new chapter for the buzzed-about band. A string of infectious singles released in 2020, including ‘My Sweet Mall Girl’ and the fierce ‘Bad Girl’, cemented the bands reputation as an act to watch in the alt-pop arena. Now they are gearing up to release their debut album in Spring 2022, via Norwegian label Jansen Records.

Members Iver Armand Tandsether, Hannah Veslemøy Narvesen, Eskild Myrvoll and Bethany Forseth-Reichberg were forced to get creative when the pandemic hit, side lining best-laid plans to flesh out some songs before heading into the studio together.

"Because of COVID regulations and the four of us living in two different cities, we changed the way we worked with the songs quite radically in the months leading up to the studio recording,” Narvesen says. "We’ve always been very oriented towards the live performance of the songs, including when we compose them together in our rehearsal space. That way of working has led to some challenges when recording, as you end up listening to the songs in a different manner and might figure out you should have done everything differently."

While some put their creative endeavours on hold, Mall Girl opted to try something different. “We actually ended up ‘remote composing’ big parts of the album, with everyone working from their own home studio and bouncing ideas back and forth,” Narvesen explains. "This was a very welcome change of workflow for us, and it led to us writing some songs which probably wouldn’t have turned out that way had we been together in the same room." 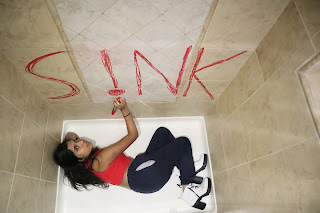 Boston-based indie pop wunderkind I.You.She, AKA Aayushi Kumar, is gearing up for the release of a buoyant new song “sink!.” The song, produced by respected local Seattle musician Jake Crocker (her hometown), integrates irrepressibly catchy hooks with lyrics that illustrate the despair of a young person caught up in a sense of disillusionment with her life and an eventual realization that everyone is in the same boat.   Kumar exhibits a remarkable mastery of melody and lyricism in only her second single as a solo musical artist—she’s currently a freshman at the Berklee College of Music.  “Sink!” will be released digitally October 29.

Says Kumar: “I don’t believe in perfectionism but I really believed in this song and wanted to give it my all. In general, this person feels like their life is a mess and they feel a sense of emptiness.  To me the song is really about how struggle in life is inevitable. If I had to have one tagline for the song it would be ‘The grass is greener on the other side, but what if we were underground?’  I don't think this song is a negative one even though it may come off that way on a surface level. I think it's realistic and shows how struggling is inevitable and ok. We always think we're sinking but sometimes don't realize that everyone else is as well.”

I like to stay informed on the local artists from Seattle and Jake, the featured artist and producer of ‘sink!,’ was a Seattle-based musician who I really looked up to.  He was a dream collaborator, and after some email/phone exchanges we started the process of working on the current version of “sink!”. I’m a freshman at the Berklee College of Music, The journey has been a long one but I feel so proud of this song and am excited to introduce my sound to the world. 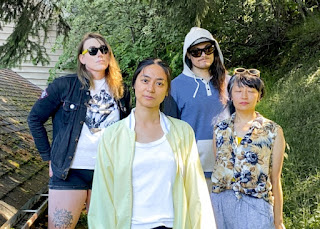 Century Egg is a band of escape artists with a focus on playing visceral punk rock. Today the Halifax, Nova Scotia-based quartet are sharing their new single, "Moving On" which makes up the first half of a double A-side single release, the second of which will follow next month. The new track is released via Forward Music Group.

Following previous spots opening for the likes of Lido Pimienta – a self-proclaimed fan of the band with Robert Drisdelle, guitarist in Century Egg producing a track on her Polaris Prize-winning album, La Papessa – Partner, Julie Doiron, and more, Century Egg will be performing at Toronto's Handlebar on November 14 and La Sala Rosa as part of M for Montreal (Mothland's stage) on November 19 to celebrate the release of these new tracks. This new single, "Moving On" further cements their inspirations taken from Asian pop and rock artists such as Faye Wong, Jun Togawa, Spitz, Cui Jain, Pu Shu, along with the driving post-punk rhythm section and blistering guitar work taken from The Stooges, Thin Lizzy, etc.

Speaking about the new single, Century Egg says: "This is a song about trying to detach yourself from your past and let go of the trauma that holds you back from finally feeling better."

Century Egg is made up of singer, Shane Song (she/her), bassist/backing vocalist, Matty Grace (she/her/they/them), guitarist, Robert Drisdelle (he/him) and drummer, Megumi Yoshida (she/her). Away from Century Egg, Song works as a visual artist/video game artist, Grace plays in numerous bands including Cluttered (tipped by Laura Jane Grace of Against Me!), Drisdelle plays and arranges with Lido Pimienta (amongst other projects) and Yoshida performs in Bad Vibrations, Dog Day, Not You and more. 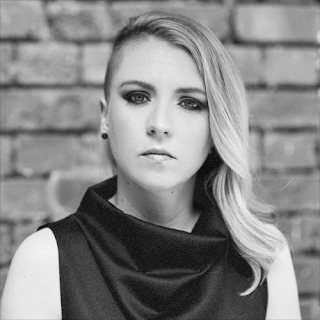 London-based independent artist Hannah Scott is fast cementing her place as one of the country’s most exciting new songwriters, with her emotive, personal songs and striking voice. Hot on the heels of her recent sync success which saw No Gravity open an episode of Grey’s Anatomy, she releases her Help Musicians-funded sophomore album, Drawn To Darkness.

Hannah draws much of the inspiration for her music from her affinity with Italy. A year living and working on an olive press in rural Tuscany in her late teens provided the backdrop to her early work and she has found her musical home with writer-producer and multi-instrumentalist Stefano, who she met in London but may well have met years earlier when passing through the train station in Italy he was working in!

Further highlights for the pair include opening for Madeleine Peyroux to an audience of 2000 at Edinburgh’s Festival Theatre and travelling across Ireland with Paddy Casey to open shows for him in Dublin and in a tiny Irish speaking village near Galway! Their music has also been featured on BBC Radio 2 including a live session with Dermot O’Leary, BBC 6 Music, BBC Introducing, The Guardian, MOJO and Clash Magazine.
Hannah Scott · Drawn To Darkness