Photo - Shervin Lainez Brooke Annibale - What If You. Indie singer/songwriter Brooke Annibale announced that she has joined the Nettwerk Music Group roster. She also shared the first taste of new music from her upcoming album, details forthcoming. The lush, dreamy and "immediately catchy" (FLOOD) single “What If You” serves as the perfect introduction to the Pittsburgh-born, Rhode Island-based artist's redefined sound as she digs into the mixed emotions and gentle balance of maintaining her music career while acknowledging the complicated nature of a new love. Brooke says, “I was wondering whether or not I could carry on making music the way I had in the past. I thought, is diving back into my music career gonna knock out any mental-health progress I've made? Can I put out a record, be vulnerable, and do the whole cycle again? And then I realized: It's a double-meaning metaphor. What if everything that I loved loved me back? What if I just did this? And it worked
Post a Comment
Read more 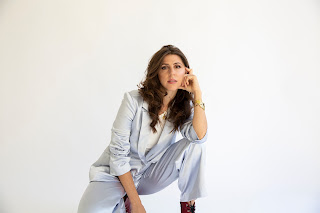 Jillette Johnson - Normal Kid. Nashville-based artist Jillette Johnson has just released “Normal Kid,” her first new song of 2022. The song was co-written and produced by Joe Pisapia, who collaborated with Johnson on her critically acclaimed 2021 album It’s A Beautiful Day And I Love You. The new single, which draws upon late '70s new wave, early '80s synth-pop, and '90s R&B, arrives with an official video directed by Grant Claire that was shot on a vintage Sony Betamax 88 camera. “I wrote Normal Kid with my producer, Joe Pisapia, about my life as a performer,” explains Johnson. “Since before I can remember, all I ever wanted to do was make a life out of making music. My dreams have always been as big as the sky and that fire in my belly has never gone away.” “Normal Kid” follows the release of 2021’s single “Daddy Dopamine” and her first full length in more than 4 years, It’s A Beautiful Day And I Love You. The album was praised by American Songwriter,  GRAMMY.com, No
Post a Comment
Read more 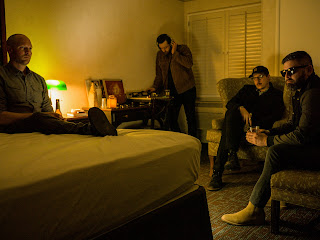 Photo by Geoff Whitman Monophonics - Love You Better. Bay Area-based Monophonics have released “Love You Better,” the second single from their upcoming full-length Sage Motel (out May 13th via Colemine Records). The world's premier psychedelic soul band, Monophonics cordially invites you to attend the grand re-opening of the once thriving, once vibrant establishment, the legendary Sage Motel. A place where folks experience the highs and lows of human existence. A place where big dreams and broken hearts live, where people arrive without ever knowing how they got there. It's where individuals find themselves at a crossroads in life. “The song ‘Love You Better’ is rooted in the spirit of soul music and hip hop,” Monophonics explain. “It’s a braggadocio tune with a clear message to the one you loved that no one will ever be as good to them. It is that feeling of knowing you gave your all to your partner and really tried to love them the right way, only to be hurt and taken for gr
Post a Comment
Read more 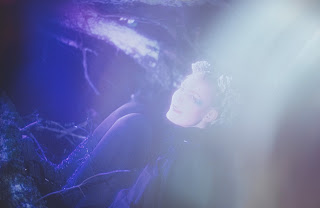 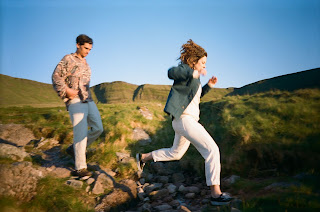 Dahlia Sleeps - Overflow (Album). Two years in the making and almost 6 years since their debut single, producer/writer Luke Hester and singer/writer Lucy Hill bring a new weight sonically with their debut album Overflow, depicting a new kind of freedom for the duo – from managing and coming to terms with mental health problems to experiencing love in all its forms despite them. With eclectic influences ranging from electronic acts including MOVEMENT, Autechre and Burial to the lyrically poetic works of Florence + the Machine, Radiohead and The National, Dahlia Sleeps shift seamlessly between genres; from dance to electronic to pop. Across the album's track listing, Dahlia Sleeps have collaborated with Jacob Oak Welsh (drummer/producer from The Hics), cellist/bassist/guitarist/pianist Mat Roberts, and pianist Edward Cross. Speaking more on the upcoming album, the band said: "The title Overflow was chosen because this is a record that features a lot of struggle, fight, bravery,
Post a Comment
Read more
More posts