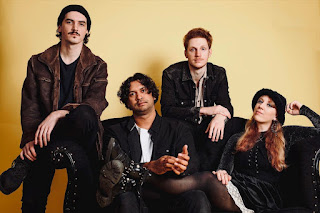 Joan & The Giants - Hardest Part. Beloved alt-pop indie band Joan & The Giants from Boorloo/Perth have finally releasing their debut EP 'Me & You' via Tomboi Records and it is one that fans old and new will embrace and hold dear for a long time to come. Following a handful of stellar single releases, Joan & The Giants' long-awaited debut EP sees musical and romantic partners Grace Newton-Wordsworth and Aaron Birch with band mates Riley Sutton and Liam Olsen hone their craft with a stronger pop-production sensibility, that collides beautifully with their folk-informed anthemic-indie roots, heartfelt lyricism and that hint of magic that can't quite be put into words - but is captured perfectly with music. Grace speaks more on the inspiration and themes explored: “The 'Me & You' EP is a collection of deeply personal songs that capture moments shared by two people. Stories centered around love, rebellion and definitely a touch of heartbreak. To
Post a Comment
Read more 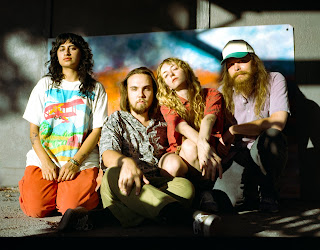 Mamalarky - Shining Armor. Mamalarky's highly-anticipated sophomore full-length, Pocket Fantasy, is due out September 30 via Fire Talk. The follow up to the band's critically-acclaimed 2020 self-titled debut LP, the album's early singles have generated a great deal of excitement, with the lead track "Mythical Bonds" earning praise from the New York Times, who said "Mamalarky make math rock sound like fun" and appearing on a new music playlist from Talking Heads frontman David Byrne, while second single "It Hurts" landed on multiple best of the week lists. Now Mamalarky are back with a final single from their forthcoming LP, a track called "Shining Armor". Accompanied by a video animated by Alex Futtersak, who is known several striking visuals he has created for Cautious Clay and Crumb, the track is the kind only Mamalarky could have created, delivering a blend of tightly wound indie rock, wobbly, jazz-inflected wildness and moments o
Post a Comment
Read more Sister Wives - Ticking Time Bomb. Inspired by Welsh mythology, thread throughout a cavernous mix of psychedelia, folk, post-punk, garage and 70s glam rock, Sister Wives recently announced their debut album will be released on 28th October via Libertino Records, sharing first single and video ‘Greater Place’. Now the band share new single “Ticking Time Bomb” - a track which sees them react to the societal pressure to bear a child; the ticks mirroring the biological clock. The track's simmering verses give way to a lively, electric hook; it’s simultaneously a protest song and a party song that celebrates freedom and choice. “We wanted to expose the absurdity of having our bodies and choices so heavily monitored and managed by society, and laugh in the face of it,” the band explain. “We know our worth isn’t changed by child bearing, we are not disposable or “geriatric” after age 35, and we refuse to partake in the shaming of ourselves or others for our/their choices. And we deserve a
Post a Comment
Read more 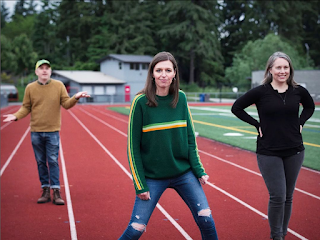 Cozy Slippers - Haunting Her. Haunting Her is a janglepop gem that brings to mind The Sundays, the Smiths, early 10,000 Maniacs, and Belly. The track explores the tension when trying to support a friend, even as they make damaging decisions. Cozy Slippers debut album on Kleine Untergrund Schallplatten / Subjangle is a total treat for the anorak scene, light, breezy, topical, and catchy.   Cozy Slippers announced their return with the release of their self titled debut album on Kleine Underground Schallplatten (vinyl) and Subjangle (CD) on October 14th, 2022. Previously Cozy Slippers released the 7" "A Million Pieces" (Kleine Underground Schallplatten 2019), and two EPs: ‘Postcards’ (Jigsaw Record 2018) and ‘Late Night In Summertime’ (self-released 2017). In 2019, the band toured the UK, including an appearance at the Cambridge Indiepop All-dayer. The band largely recorded the album themselves, and it was mixed by Dylan Wall (Versing, Great Grandpa, and High Sunn) and ma
Post a Comment
Read more

Lily Monaghan - Sleeping Alone. With delicately plucked acoustic guitar and a vocal performance as pure and soulful as a Prairie sunrise, Lily Monaghan’s debut single “Sleeping Alone” heralds the arrival of a compelling new voice on the Canadian roots music scene. Based in Edmonton, Alberta, Lily has been building up to the release of her first EP, Introspection, in early 2023 by crafting songs such as “Sleeping Alone” in a manner that blurs the lines between folk, country, soul and pop. Working closely with producer Mark Maclure, with whom she was enrolled in MacEwan University’s music program, Lily experimented with several different musical approaches before finding the natural balance that brought out the most in her songwriting. “I grew up listening to, practicing, and studying all types of music and I was really confused for the longest time about what genre I should commit to because I loved too many,” Lily says. “Even some of the first drafts of the tunes on this EP began as c
Post a Comment
Read more 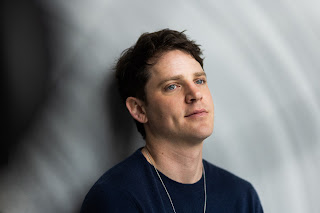 Carleton Stone - Hard Day's Work. There’s a fantasy about show business that we’ve been fed since performers started offering up their hearts on stage for public consumption. The glamour, the jet-setting, and the parties all get played up over the reality of the whole thing: a career that seeps into your real life and can dismantle your relationships, the exhaustion of the road, and more than a few hangovers. On his third solo album, the self-produced Papercut—armed with a couple lifetimes of songwriting and touring in his rear view mirror—Carleton Stone gets honest about the toll of devotion to craft while illustrating his mastery of it. Through sax-blasted Americana, power-pop laced with ‘80s synth, and dreamy, sophisticated pop melodies, the Nova Scotia songwriter blurs genres to explore a tumultuous few years and some of the scariest questions someone can ask: what the hell have I done? What if I’d gone down some other path? “And what are some of the things that you lose when
Post a Comment
Read more
More posts