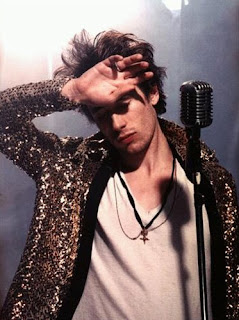 Jeff Buckley was born in California's Orange County in 1966. He died in a tragic drowning accident on May 29 th 1997. He left one near perfect album, several live concerts recorded and released in full or part prior to, and/or after his death, and the material that may have lead eventually to a second 'proper' album. If you are a fan this leaves a void, that can never be filled. Sadly for an artist as talented as Jeff, the 'unofficial' recordings remain sadly few and far between. In away this is a good thing, as a badly recorded concert, would be such an injustice, to someone who was capable of such incredibly moving music, and never had the chance to expand definitively beyond his debut album. The bootlegs that I have of Jeff Buckley are few in number. I know of around fifteen, that are supposed to be of good quality, the live radio material seem to be those most widely circulated. This is my favorite. The copy I have was called 'The Grace Of J&#
5 comments
Read more
More posts