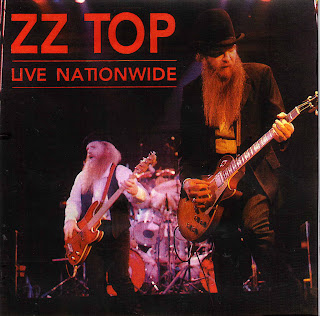 I did not realise until checking out some background for this recording that ZZ Top originally formed in 1969. The band holds the distinction of being among the few rock bands still composed of its original recording members, (and for nearly 40 years until September 2006, the same manager producer, and image maker, Bill Ham) . I suppose it is yet another 'how old do you feel' moment, as at the time of this concert, the band had already released seven albums including a 'best of' good thing they still look pretty much the same! This is ZZ Top live at The Capitol Theater, Passaic, New Jersey, USA on the 30th August 1980. Source: Soundboard recording. Sound Quality: Very good stereo mp3 @192kbps. Genre: Rock, Blues Rock, distinct and oh so ZZ Top! Set: Seems to short for full set, includes all final songs. Set List: 1. I Thank You 2. Waiting For The Bus 3. Jesus Left Chicago 4. I'm Bad, I'm Nationwide 5. Low Down In The Street 6. A Fool For Your St
6 comments
Read more 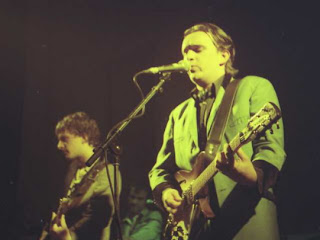 This is Squeeze back in 1981, and to make you feel as old as I do, this concert was performed a couple of years after 'Cool For Cats' was released, and almost a year after Jools Holland left the band, you know the score 'oh how time flies'. This includes some of the best Squeeze songs from their early years, and goes to show just how good a live act they have always been. This concert was performed at the Oxford Polytechnic on the 15th May 1981. Source: BBC radio FM broadcast. Sound Quality: Very good stereo mp3 @320kbps. Genre: New Wave, 'Indie' pop & rock. Set: Almost the complete set recorded by the BBC (two songs missing). Set List: 1. Take Me I'm Yours 2. Another Nail In My Heart 3. Separate Beds 4. Slightly Drunk 5. Out Of Touch 6. I Think I'm Go Go 7. Is That Love 8. Heaven 9. Pulling Mussels (From The Shell) 10. Yap Yap 11. Cool For Cats 12. Up The Junction 13. Messed Around 14. Goodbye Girl ('To Many Teardrops', and &#
10 comments
Read more
More posts