French for Rabbits - The Overflow. Surfacing nearly a decade ago from long oceanic shores, dream-pop luminaries French for Rabbits create music that feels like it has been crafted from the fabric of the New Zealand landscape and psyche – with its salty waves, isolated coastlines, expansive skies and friendly, approachable people. That is to say, their music is at once intimate and expansive, welcoming and wary, poetic but piercing. Emerging from a vibrant local folk scene alongside other idiosyncratic talents Marlon Williams, Aldous Harding, and Tiny Ruins, together the band have released three records - NZ Music Award nominated EP Claimed by the Sea; Spirits and 2019’s The Weight of Melted Snow.  They’ve toured in the US and Europe, opening for acts such as Lorde, Agnes Obel and performed at SXSW, Iceland Airwaves and WOMAD. Despite racking up millions of streams and seeing their music appear in shows from Vampire Diaries to Being Human, the band have remained close to their DIY root
1 comment
Read more 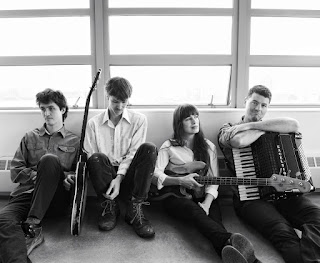 The Felice Brothers - Silverfish. The Felice Brothers have released “Silverfish,” the third song to be released from their forthcoming album From Dreams To Dust, out on September 17, 2021 via Yep Roc Records. They’ve also shared the official music video for the song, compiling found footage and micro insect video shot by James Felice himself. “I found all the bugs in this video just walking around where I live or work,” James explains. “I have a lens that I attach to my phone, and I keep a keen eye out. Little in life brings me more joy than seeing a speck of something on a leaf or a sidewalk, getting in close and observing a little life unfolding before my eyes." Rolling Stone described the album’s first single "Inferno" as “a swirl of blurry adolescent recollection and Nineties pop culture ephemera” and “...a promising taste of what’s to come.” The second single, “Jazz On The Autobahn,” received praise from Consequence of Sound, Cool Hunting, and was featured on NPR M
Post a Comment
Read more 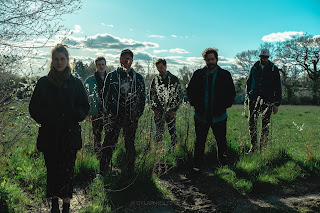 Lakes - Retrograde. Watford based six-piece ensemble Lakes have just shared the moving new single Retrograde, taken from their forthcoming new record ‘Start Again’. The band recently announced their signing to Big Scary Monsters for the new album, out 30th July. Talking about the new single, co-lead vocalist Blue Jenkins said "Retrograde is inspired by a particular experience of trying and failing pretty spectacularly to navigate an avoidant attachment, despite impassioned arguments for the cause on both sides. It's about how confusing and frustrating it can feel to try and work together with somebody only to keep coming up against the same problems, and how sad it still is when you finally have to let it all go." After a handful of self-releases and a stint of heavy touring with the likes of Nervus and Orchards, the pandemic forced Lakes to slow down, having been catapulted a long way in a short space of time through consistent hard work and sheer tenacity. The six indi
Post a Comment
Read more 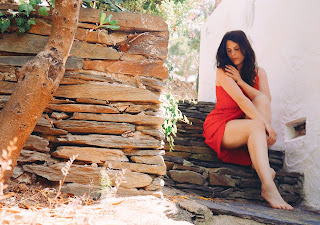 Penelope Antena - Back To Stay. Living and creating in the shadow of an esteemed family legacy, alone in the woods on a mountaintop in the Occitanie region of southern France, Penelope Antena is the heir to a musical throne of mythological stature… and one she lives up to with newfound ambition to push tradition into a 21st Century soundscape. Her 2019 self-produced LP Antelope (KowTow Records) put her otherworldly production style on full display, declaring Penelope as a visionary songwriter and creative force. Her mother is the renowned singer Isabelle Antena (a pioneer of Electro Samba), her grandfather jazz pianist Marc Moulin (the reason Blue Note opened its EU headquarters, and who was sampled by the likes of Jay Dilla). Fast forward to today and Penelope is carving out her own genre melding path that has garnered praise from the likes of Rolling Stone, Marie Claire, France Inter, and many others. By integrating tradition and technology, Penelope provides a unique voice in inter
Post a Comment
Read more 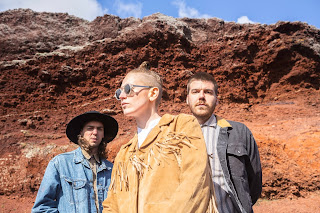 Vök - Skin. Icelandic trio Vök have shared the stunning video for their enchanting and reflective new single Skin, which is out now through Nettwerk Records. New single Skin follows recently released single and video Lost in the Weekend, which gave an early taste of their new material recorded last year in their Reykjavík studios. The single was the follow-up to their acclaimed 2019 album In the Dark, which was written and recorded by the band in collaboration with producer James Earp (Bipolar Sunshine, Fickle Friends, Lewis Capaldi). With every track, Vök continue to develop their progressive alt-pop sound and Skin cements just how intricately captivating the band can be. Opening emotively and delicately, the song builds to an ethereal and pensive chorus that lyrically conveys someone not knowing who they are and being stuck in their own ‘skin’. The expansive video, directed by Arnar Helgi, shows the band performing in a stunning location at Rauðhólar outside of Reykjavík amidst a ba
Post a Comment
Read more
More posts