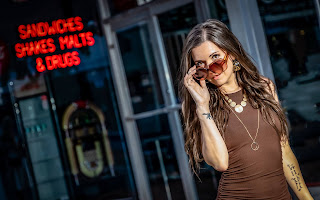 Karen Jonas - Summer's Hard for Love. On August 20, 2021, Karen Jonas will release Summer Songs, a four-song EP, along with “Gumballs,” a collection of poems. Known for her stellar songwriting, sultry vocals, and compelling stage presence, Jonas hearkens back to her song crafting heroes Joni Mitchell and Bob Dylan, with a sonic nod to modern greats like Gillian Welch and Jason Isbell. Karen is a two-time Wammie Award winner for Best Country Artist, a Mid-Atlantic Songwriting Contest Winner, and Dale Watson’s Ameripolitan award nominee. Her long-time collaboration with dazzling guitarist Tim Bray, joined by bassist/vocalist Seth Morrissey and drummer Seth Brown, has produced five full-length records, beginning with 2014’s internationally-acclaimed Oklahoma Lottery. Her much-lauded 2020 LP The Southwest Sky and Other Dreams is a gutting but “warmly nostalgic” (American Songwriter) masterpiece - proof of her ability to weave creative depth into everyday stories. Covered by everyone f
Post a Comment
Read more 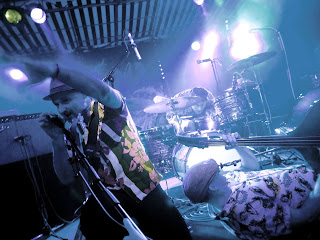 Hipbone Slim and the Kneetremblers - Tremblin' (Album). Over the last 20 years Hipbone Slim and the Kneetremblers have established themselves as a foremost force in the worlds of rock n roll, garage, beat, surf and all in between. They have recorded 13 highly acclaimed albums and a whole load of 45s on labels such as Voodoo Rhythm, Beast, FOLC, and Dirty Water. Not to mention various other related side-lines and pseudonym releases! The Kneetremblers are fronted by Hipbone Slim aka Sir Bald on guitar, vocals and song-writing duties. He is ably assisted by Bash Brand on hitting things. Bruce’s musical CV is extensive and includes Thee Milkshakes, Headcoats, Holly Golightly, Masonics, Wreckless Eric and two albums with Link Wray. On this release Baldie and Bruce are joined by Gez Gerrard or Cheeseman or Sleepy Matt Radford on slapping things. You’ll also hear Spencer 'The Colonel' Evoy (frontman of MFC Chicken) on saxophone and Slim Cyder on piano on several tracks. Many of t
Post a Comment
Read more 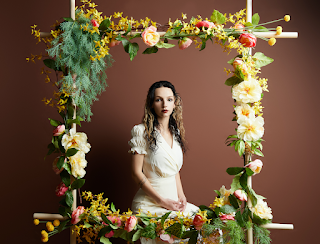 Gal Musette - Ghost. Gal Musette is the nom de plum of Grace Freeman, a musical prodigy who began writing piano based lyrical compositions and performing at open mics in her home city of San Clemente, CA at the age of 10. Her graceful approach to melody-driven indie-folk and French chansons has captured audiences all over Southern California. At age 14, inspired by The Magnetic Fields’ triple album 69 Love Songs, Gal recorded her own collection titled 70 Love Songs, which caught the attention of the band, and won her an opening slot on a few of their Midwestern U.S. tour dates. In more recent years, Gal has opened for several renowned artists such as Macy Gray, Suzanne Vega, Todd Snyder, and Donavon Frankenreiter. While her artist name is taken from bal-musette, the accordion-based, waltz-style French instrumental music, Gal’s primary inspiration is drawn from songwriters including Joni Mitchell, Regina Spektor, Bjork, Cocteau Twins, Burt Bacharach, Irving Berlin and The Cure. In Octo
Post a Comment
Read more 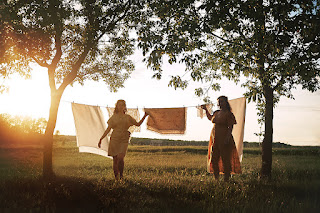 Jessica Pearson and the East Wind - Laundry Song. We are taught to carry and hold onto shame and guilt in our lives; to keep everything bad that happens, all the mistakes we’ve made, to ourselves. To hide ourselves from the world and only show the shiny exterior we’ve created to mask the pain and shame. Jessica Pearson and the East Wind’s new single “Laundry Song” is out today, bringing celtic influences to the surface of the duo’s sound and celebrates traditional sounds of their ancestors and heritage from Ireland and Scotland. Jessica Pearson is a Canadian born storyteller with a voice like melting honey on a summers eve. Accompanied by Maddy O’Regan on the fiddle, they bring to life tales of the past and express the beauty and heartbreak of the world today. In 2017 they released their debut EP Grave and Garden Songs to a sold out crowd at LIVE! On Elgin. Playing over 80 shows a year in Canada, Ireland and the United Kingdom, they have been writing songs and collecting stories from
Post a Comment
Read more 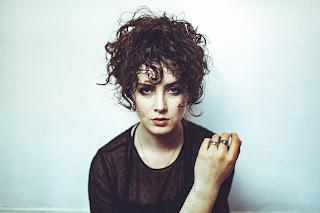 Ruth Lyon - Fast Food Ruth Lyon is a singer-songwriter of intense honesty and an impulse to say it how it is. Making a unique brand of ‘baroque-pop’ she bares her soul with courage and conviction - full of stark self-reflection but also a knowing nod to the absurdity of life. She returns to drop her latest single “Fast Food”. Upbeat and effervescent, “Fast Food” is an irresistible pop gem that draws you in from the get-go with Ruth’s captivating and confident vocal delivery over an incredibly danceable rhythm section. It’s impossible to stay still while listening to Ruth’s lighthearted take on an almost nihilistic sense of timelessness many of us felt over the past year. Supported in the chorus by more captivating melodies and euphoric brass, “Fast Food” will grab a hold of your attention and not let go. In 2019 Ruth released her first single “I’d Give It All” (under the name Ruth Patterson) which received support from 6 Music, Radio X and Spotify editorial. In 2020 Ruth cemented hers
Post a Comment
Read more
More posts