Elowynn - Stop The Wheel. In an all-embracing pleading towards peace, folk-rock singer/songwriter Elowynn gently affirms her powerfully poignant and increasingly timely new single, “Stop the Wheel” is very much a protest song. Drawing a colourful sign on the ‘island of peace’ she so loves, the track directly addresses the heartfelt need for mindfulness in a fractured world — and features moving chants from multi-award winning, Order of Canada members and multi-honourable doctorate recipients Indigenous Canadian artist and activist Buffy Sainte-Marie, and Inuit artist Tanya Tagaq. The song lands alongside Elowynn’s new album, Windtanz. Teeming with imagery of lions, fairies, the wind, and the night, the 11-song release was recorded at Wishing Well Studio in Germany with award-winning English-German producer Andrew Cadie (Broom Bezzums). The release reflects Elowynn’s tenure as a gifted musician and songwriter whose lyrics often depict rolling waves that come with the ‘sea of life’ in a
Post a Comment
Read more 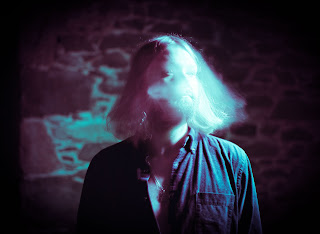 Jesse D’Kora - Fourth Day of November. Background from Jesse: My name is Jesse D’Kora and I write dream pop music with some beachy vibes. The style is inherently lofi as I also write, record, mix and master all of the music in my spare bedroom in Salford (UK). I have embarked on a musical journey this year whereby I am going to release a single every month, then with thoughts of an album in May 2023. Fourth Day of November, the first song in this journey, is written about the anticipation of moving from one place to another. It conveys the blend of nervousness and excitement that inevitably comes with a new beginning. The connotations that align with my fresh start on the road to an album seemed to fit perfectly. Musically, it's a revert back to the style created previously in Morning Light and Far From Home. After a short musical detour at the end of last year, I want to get back to writing songs that make you feel warm and nostalgic. =============================================
Post a Comment
Read more 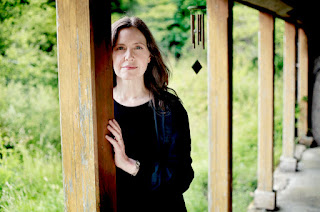 Sarah McQuaid - The Tug Of The Moon Today a new video for “The Tug Of The Moon (The St Buryan Sessions)” has been shared. Sarah tells us "I was inspired to write it by the “leap second” that we had to add to the New Year’s Eve countdown back in 2016, in order to compensate for the slowing of the earth’s rotation caused by the moon’s gravitational pull." As with the rest of the album, the track was filmed by Cornish filmmaker Mawgan Lewis and second cameraman John Crooks as it was being recorded live in St Buryan Church. Born out of the pandemic, The St Buryan Sessions is the sixth solo album by award-winning multi-instrumentalist and singer/songwriter Sarah McQuaid, and is her most powerful and emotive offering yet. The album had its genesis in the spring of 2020, when Sarah’s gigs and tours were cancelled due to COVID-19. Thanks to a successful crowdfunding campaign, she was able to finance a live solo recording(sans audience) in the lovely medieval church of St Buryan, not
Post a Comment
Read more
More posts