So Much New Music - If Only I Could Catch Up With The Back Catalogue! 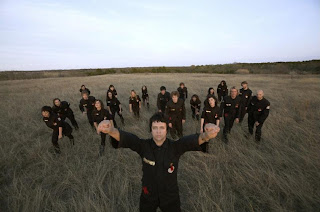 Whats new or current in the Beehive? Lets start with The Polyphonic Spree , who released their third album 'The Fragile Army' this summer. On this album they take their unique 'spaced out choral pop' a little towards the dark side. I think they are probably a love or hate group. I like them (to be awkward). Links Removed - MP3 Policy. The Polyphonic Spree - (The Fragile Army - 02) - Running Away.mp3 The Polyphonic Spree - We Crawl.mp3 The Polyphonic Spree - The Fragile Army.mp3 Now a band I am really keen to promote (you know you can still buy music & help new artists ?). Bodies Of Water remind me a little of the aforementioned, add a touch of Beach Boys harmonies, and something a little maverick, and you are almost there. All of which probably does not help - elsewhere they have been described as gospel pop, so here's a few songs to clarify. Bodies o fWater - Doves Circle the Sky.mp3 Bodies Of Water - Our Friends Appear Like The Dawn.mp3 Bodies
Post a Comment
Read more 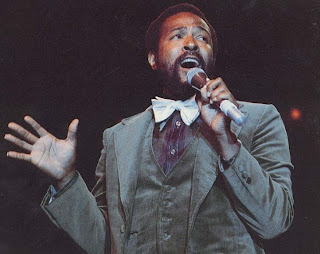 Yet another little treasure. This is Marvin Gaye live at Budokan Hall, Tokyo, Japan, way back on November 13th 1979. The man made great music throughout his career, and is synonymous with Tamla Motown. As is widely known he also had something of a troubled life at times, and when this concert took place he was not far from rock bottom with both tax debt and drug problems. However a true performer, he sounds great, and with a backing band that has real power & edge, this was a great show. Set List: Got to Give It Up When I First Saw You What's Going On Who Is To Blame Inner City Blues Funky Space Reincarnation How Sweet It Is Band Intro/Trouble Man Ain't That Peculiar Yeah Yeah Yeah/Pride and Joy Pride and Joy Darlin' I Love You Heard It Through the Grapevine Going To Chicago Need You Baby Too Busy Thinking About My Baby Distant Lover He does say thank you & goodnight at the end of the show, however it is missing from this copy. Soun
4 comments
Read more 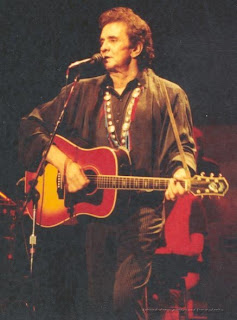 This is Johnny Cash live playing at the Irving Plaza, New York City, on the 07.09.1996. In 1996, Cash released a sequel to American Recordings (1994), entitled Unchained, and enlisted the accompaniment of Tom Petty and the Heartbreakers, which won a Grammy for Best Country Album. This live performance does justice to the exceptional studio work he produced around that time & thereafter. Sadly in 1997 the on set of serious illnesses, greatly reduced his live appearances. Set list: Folsom Prison Blues Get Rhythm Sunday Morning Coming Ghost Riders in the Sky Oh Bury Me Not Never Picked Cotton Rowboat (Beck) Rusty Cage (Soundgarden) Southern Accent (T.Petty) Memories... Ring of Fire Walk the Line I got Jesus in my Soul Big River I Still Miss Someone Orange Blossom Special Far Side Banks of Jordan This is a superb recording of the show (stereo soundboard). REPLACEMENT DOWNLOAD LINK IN COMMENTS BELOW OR CLICK ON THE PICTURE ABOVE (4TH OCTOBER 2009). For a small selection of Jo
4 comments
Read more 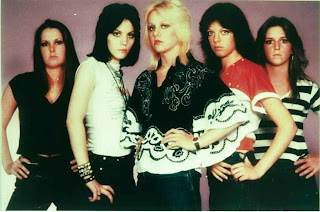 Here are The Runaways, recorded live on the 19th July 1976, at The Agora, Cleveland, USA. Why have there never been more all girl rock'n'roll bands? I guess by virtue of when The Runaways formed, and their style of music, they are often linked with the new wave / punk scene, whatever category you feel obliged to stick then in, they play a pretty nifty show! Song list is: 01 - California Paradise. 02 - Cherry Bomb. 03 - Take It Or Leave It. 04 - Secrets. 05 - You Drive Me Wild. 06 - C'Mon. 07 - Blackmail. 08 - Wild Thing. 09 - Don't Use Me. 10 - Rock And Roll. 11 - Is It Day Or Night. 12 - Johnny Guitar. 13 - Dead End Justice. CLICK ON COMMENTS BELOW FOR NEW FULL CONCERT LINK. Sound quality is excellent, I'm guessing probably from an FM broadcast, anyway enjoy. Purchase The Runaways first album HERE .
6 comments
Read more 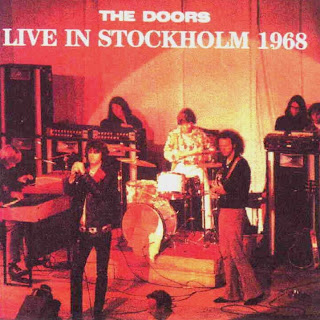 This is a copy of the second show, the Doors under took at the Konserthuset, Stockholm, on the 20th September 1968. Jim Morrison is in feisty form, the audience clearly enjoying the concert. Songs performed are: 1. Five To One 2. Alabama Song 3. Back Door Man 4. You're Lost Little Girl 5. Love Me Two Times 6. When The Musics Over 7. Wild Child 8. Money 9. Wake Up 10. Light My Fire 11. The End Sound quality is very good (soundboard), as is the show! REPLACEMENT LINK IN COMMENTS BELOW. There is plenty of Doors material in store HERE .
2 comments
Read more 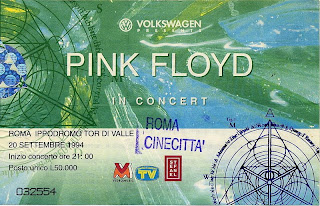 In my little world, a small claim to fame is having been in the audience with my eldest daughter, at Earls Court, London, when Pink Floyd recorded the Pulse DVD. Like I say my little world. Turning the sad level up to eleven, I still have a guitar plectrum used in the show, and given to me after, in my possession. Did I mention little world? The 1994 tour promoting the Division Bell album was no little thing! In my opinion it was a fantastic tour, a spectacle definitely, the musicianship well crafted, and the gig I attended, plus the footage, and recordings of others I have heard, suggest the tour as a whole, was really appreciated by the fans. Oh, I know there are those who say it stopped being Pink Floyd when Roger Waters departed, or even when Syd Barrett was dropped, and those who hark back to the golden years, whenever they were. However do you know what? I really don't care. There are more important things in life than becoming retentive over music... So to the purp
9 comments
Read more
More posts