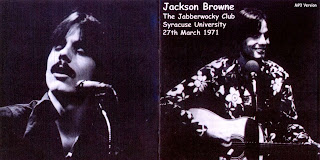 This is Jackson Browne live in concert a year before he released his debut solo album. Prior to this Jackson Browne had already written songs for, (and recorded by) Nico, The Byrds, Bonnie Raitt, and The Eagles (with whom he later co-wrote 'Desperado' and 'Doolin' Dalton'). Tracing the roots of Jackson Browne's career leads back to the mid 1960's and Los Angeles and Orange County folk clubs. Born in Germany to American parents, Jackson's family returned to Los Angeles when he was three. Except for a brief period in NYC in the late 1960's, when he was an integral presence in the coffeehouse scene there, he has always lived in Southern California. This then is Jackson Browne solo and playing guitar and piano, live at the Jabberwocky Club (a small, 200 seat nightclub), at Syracuse University, New York, USA, back on the 27th, March, 1971. This is the first known recorded live show of Jackson Browne. Source: The source is from a first generat
5 comments
Read more 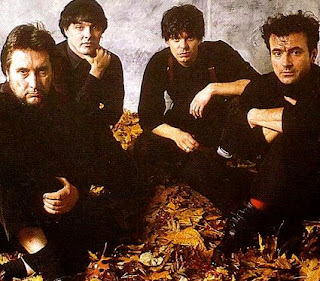 This is The Stranglers back in 1981 on tour in the USA, having just released the first of two albums that year, 'The Gospel According To The Men In Black' or 'Men In Black' , as it was entitled in some countries. This then is The Stranglers live at Emerald City, Cherry Hill, New Jersey, USA, on the 11th, April, 1981. This is from a broadcast on Philadelphia's WMMR 93.3. Source: FM broadcast WMMR 93.3, first generation copy. Sound Quality: Very Good stereo @192kbps mp3. Genre: Post Punk, New Wave, unique sound identity. Set: One hour recording, may have been other songs on the night, if so, this would have been the latter part of the gig. Set List: 01. Waltzinblack (intro) 02. Threatened 03. The Raven 04. Toiler on the Sea 05. Just Like Nothing On Earth / Thrown Away 06. Who Wants the World 07. Second Coming 08. Meninblack 09. Shah Shah A Go Go 10. Hallow To Our Men 11. Tank 12. Nuclear Device 13. Genetix Links: Official site HERE . Useful informative
1 comment
Read more
More posts