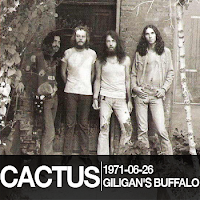 This is Cactus live at Gilligans, Buffalo, New York back on the 26th June 1971. A limited edition 2CD including this gig was also officially released on Rhino Records in 2004 (5000 numbered copies only worldwide) the latter half of the second CD included other live material. This is just the Gilligans gig from a bootleg copy which has been in circulation for a long time. This was the last performance from the original Cactus line up. A good number of music fans were introduced to the band through the 1972 sampler album 'The New Age Of Atlantic' which included the studio version of Long Tall Sally, which took the song from it's Rock'n'Roll roots to a much heavier rock anthem sound. Source: Soundboard Sound Quality: Excellent stereo mp3@192kbps. Genre: Hard rock, blues-rock, heavy metal, boogie rock Set: Full Concert. Set List: 01 Intro/Tuning (0:59) 02 Long Tall Sally (7:50) 03 Parchman Farm (6:03) 04 Mellow Down Easy (5:24) 05 Fe
3 comments
Read more 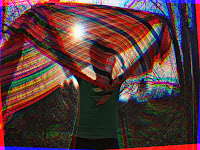 Welcome to a slightly late edition one of 2010FM for May, and we are gonna tear through this one and as always in no particular order so hang on tight.. Portland's Spirituals are set to release their debut record with Waaga Records on June 22nd. Spirituals is the moniker for the sample-based electronic music endeavor of drummer, producer, and graphic artist Tyler Tadlock. In his hometown of Jackson, Mississippi, Tyler began experimenting with samples from local free jazz projects and sounds recorded with his laptop to form rhythm driven compositions. After relocating to Portland, OR, he began work on his first album, drawing on a wealth of samples, meticulously chopped and arranged to form electronic music which pays homage his jazz roots. Featured Track: Wanderings. Website: MySpace . ______________________________ Next up we feature a song from the soon to be released new album, Hay, Hay, Make A Wish and Turn Away from Portland, Oregon folk-pop five-piece Norman .
Post a Comment
Read more
More posts