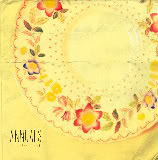 In support of their new release, Sweet Sister, Annuals are currently touring with The Most Serene Republic and What Laura Says for the first leg of their summer tour .

In 2006, the six members of Raleigh, NC group Annuals earned critical acclaim with their debut album, Be He Me.  Their expansive, energetic sound and tight pop sensibilities captured the hearts and ears of listeners and critics alike, and was followed by, Such Fun, on Canvasback Records in 2008. At an age where many are just starting their careers, Annuals, armed with a reputation for solid songwriting and several years of experience, now goes back to the formula and sound that first cemented their acclaim. The Sweet Sister EP marks band leader Adam Baker's return to the producer role, Annuals' return to a more tight-knit DIY collective, and a pure distillation of their trademark quirky pop experimentalism. 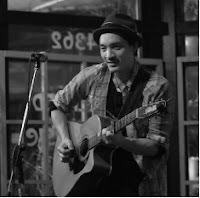 Prepare to be swept away by Vancouver-based Buckman Coe and the debut album “Latest Waking,” released on 3/6/2010 said the press release, well if the couple of tracks I have heard are anything to go by than they may well be spot on.

They went on Produced completely independently and without commercial support, “Latest Waking” represents an artist who, without years of training or formal development, has exposed himself completely, offering listeners a sincere, honest, and unaffected first look into the mind of this burgeoning musician. With beautiful vocal melodies complementing lush soundscapes that evoke the artist’s coastal Vancouver upbringing, “Latest Waking” is a testament to what you can do in the studio without fancy equipment and funding, but with creativity, innovation, a stripped-down approach, and grade-A songwriting.

When I first listened to the featured song I thought of Jeff Buckley and although no one person can really ever replace him this guy has a style that develops fond memories of Jeff whilst having his own quite separate prescence.

Ganglians head out on the road for a European Tour and will begin tacking their new record upon their return.

They have kindly sent out a demo and on the strength of this we are happy to give them and their remaining tour dates a mention. See we can be easily pleased!

Having self-released two full-length albums on CD-R and cassette formats (2008's Rhino Sinners and 2009's Raptor Red), the group has crafted what may be their most accessible, most immediately enjoyable release yet. Copy Cats (available now) is a fine introduction to the world of Luna is Honey for those who have lived beyond the reaches of the L.A. music scene and the most accurate representation of the band as a formidable live entity. Bassist Tyler Binkley has joined the ranks to round out the line-up. 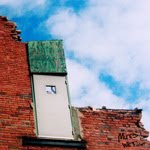 Mutts contacted the Beehive directly and pointed us in the direction of their EP 'We Float'.

Intrigued to listen to the three member band centred around Keyboards, Bass and Drums, I have to say right up front that they ooze energy and passion, however they do not use punchy volume to disguise any weaknesses, in fact quite the opposite, yes they are 'loud' but they are a tight well crafted group of musicians worthy of closer inspection, and to make things easy you too can download the EP in return for signing up for their email newsletter. If you do nothing else on this visit, go grab a copy of the EP and introduce yourself to Mutts, and next time you need a quick rock around your room you have the perfect soundtrack!

Oholics are a six-piece psychedelic rock band hailing from Gothenburg, Sweden. They formed in 2005, when they discussed the lack of real rock acts in Sweden. Since then the mission has been to create mind-blowing, beer-fueled rock tunes. The music is often described with reference to early Stones mixed with Pink Floyd, Primal Scream, Oasis, Strokes etc. London meets New York.

They’re also teaming up with Pledge Music, a new interactive site where fans help support the artists, while also contributing to charity. Pledgers have the opportunity of gaining invitations to private events such as an Oholics Beach Party or special fan-only releases. In the case of Oholics, listeners will not only be supporting the album release and a full North American tour, but will also be directly donating to the American Indie Ritual Object Repatriation Foundation. They also happen to tick several Beehive Candy crucial boxes including from Sweden and not suprisingly pretty damn good.

I guess Beehive Candy have been a little slow on the up take with Phildel.

After all her achivements to date include.

- Her music has been featured in a number of high profile advertising campaigns throughout Europe (Expedia 2008, Generali 2009, Marks & Spencer 2010)

- Phildel is collaborating with Peter S. Beegle, renowned fantasy author of The Last Unicorn, on music for the audio version of his upcoming collection of poetry.

- As a child, Phildel was forbidden from playing music in her own home and spent her school recesses writing and practicing her songs, until she ran away at age 17 to pursue her dreams.

She proudly unveiled her newest release in April , ‘Tales From The Moonsea’, a 6-track EP brimming with fantastical, meditative sound-scapes. Released by Warner Chappell Music Publishing, the collection showcases a unique fusion of acoustic folk, neo-classical, and pop-rock traditions and most important of all its just sublime and we love it.

Featured Track: Disappearance Of The Girl