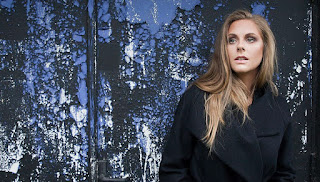 Hege Nesset - Faces. Background - Hege Nesset is a Norwegian vocalist based in Liverpool, UK. Strongly influenced by blues and jazz as well as pop and electronica, she cites musical theatre and gospel music as shaping her voice. Hege has already earned attention on national TV in Norway, performing with Venke Knutson, a Norwegian pop artist. She's a versatile backing singer performing with two Liverpool based bands, as well as doing session work and top lining. 'We Are' (Haig Records 29 April 2016) marks Hege's debut as a solo artist. The record showcases her distinctive vocals, carried by a delicate melody and brought to life with soaring harmonies. The featured track 'Faces' gives a flavour of what to expect from the forthcoming single 'We Are'. Hege has already gained considerable experience in singing and has a charming versatile voice that deserves to be heard in it's own right, hopefully that's all about to happen. ------------
Post a Comment
Read more 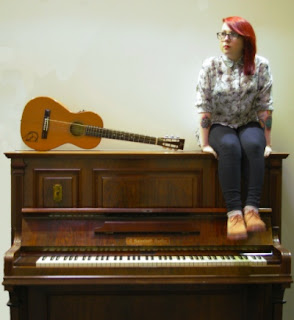 Finlay Leslie - Reality. Background promo - Finlay Leslie makes up for what she lacks in height with a big voice and a markedly vast range of song writing inspiration, exceeding far beyond her years.  Drawing experience from break-ups, trust, love, being elected Prom Queen alongside her girlfriend and revealing what she would say to her twelve-year-old self, this gifted self-taught storyteller already has a wealth of experience at her song-writing disposal. In her heart-breaking debut single “Reality”, Leslie showcases her poetic storytelling ability recalling times when a lack of belief in her music and herself almost led to giving up. The touchingly reflective “Reality” is released 18th April 2016. Nineteen-year-old Finlay Leslie’s talents were discovered when quickly racking up an impressive 80,000 YouTube plays, providing an early indication of her raw song writing talents with distinctive versions and arrangements of well-known covers before posting incredibly well received
Post a Comment
Read more

The Veldt - 'The Shocking Fuzz of Your Electric Fur' - Mixtape EP 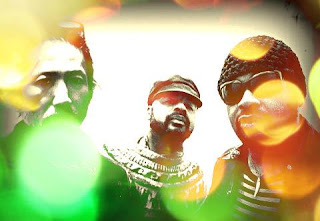 The Veldt - Sanctified. Background - Identical twins Daniel and Danny Chavis may originally hail from Raleigh/ Chapel Hill, North Carolina, but they have been East Village residents for the past 28 years. They are also co-founders of the ground breaking band The Veldt, who lifted their band’s name from a Ray Bradbury science fiction story. Musically reared in the church and juke-joints of their native southern state, the twins have been performing since they were children, listening to music that included gospel, Motown and Pink Floyd. They now make music, together with bassist/programmer Hayato Nakao, returning to their roots with the release of The Shocking Fuzz of Your Electric Fur: The Drake Equation Mixtape EP.  The album releases on April 8 and to celebrate, the band is doing a whirlwind tour of Central Canada (see tour dates below) The first single is the emotionally wrought Sanctified, a ballad that perfectly captures the lush sound of Danny’s screeching guitars and decibel
Post a Comment
Read more

March 30, 2016
Maria Usbeck - Moai Y Yo. Background promo - Maria Usbeck (former front woman of Selebrities) today announces her debut solo LP and shares lead single, "Moai Y Yo." The album "Amparo", to be released May 27 via Labrador in Europe and Cascine in the US, is a collection of songs written and recorded across the span of three years in Ecuador, Buenos Aires, Santiago, Barcelona, Lisbon, Easter Island, Costa Rica, Florida, L.A. and her home in Brooklyn. Though the songs were composed electronically, Amparo called for an acoustic treatment, so Usbeck spent a winter in the studio recording the arrangements live with producer Caroline Polachek of Chairlift who has also produced Beyoncé and engineer Miles Benjamin Anthony Robinson. Fleshed out in full sonic colour on the marimba, xylophone, quena flute, piano, and harp, the album stretched into something hi-fi and expressive, meditative but not meandering. So my native language is English and sadly my grasp of Span
Post a Comment
Read more 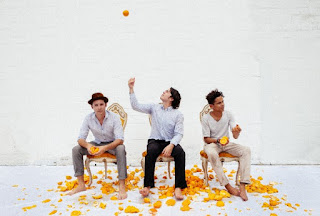 Polyenso - 17 New Years. Background promo - Building off of 2013’s cult-acclaimed “One Big Particular Loop,” Polyenso — Alex Schultz, Brennan Taulbee, and Denny Agosto — has spent the past two years working extensively with producer Jason Pennock. Evolving their particular flavor of indie-rock to include elements of hip-hop, neo-soul, and experimental electronics, they pull influences from acts such as Flying Lotus, The Roots, Bright Eyes, and Bjork, half-jokingly referring to their medley as “urban indie progressive.” Possessing an unrestricted vision for the musical quality in all things, the band operates like sound designers, pairing synthesisers, pianos and guitars with organic noise and everyday objects like spatulas, wooden bowls and packing peanuts. Polyenso’s visionary production is equalled by the freshly unlocked vocal dynamics of Taulbee and Schultz. Led by Taulbee’s soothing and provocative melodies, Schultz is tagged in to bring the sexy back on harmonies, occasional
Post a Comment
Read more 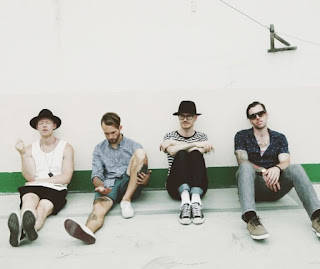 Used Cassettes - Ducati. Background promo - S unburnt, half-dazed and several piers down from the fluoride tide of the Korean Wave, Used Cassettes are a stomp-and-stagger rock band based in Seoul. Rock n Rills due May 6th on Magic Strawberry Sound. Used Cassettes' tunes are served straight up like the Stones', though maybe a bit sandier, and waterlogged by an unlikely drift of far-flung currents. The group may have met not far from Gangnam, but they hail from South Africa, Canada, and Detroit. Over the past couple years they've broken Korea's rock Top 40, become the first gang of foreigners to ever sign with a top-tier local label, torn it up on the Asian festival circuit, and - inevitably? - starred in a comic book series read by millions. They wanted to make sure they sun-baked their sound nice and crisp before taking it back home. Listening back on their new LP Rock n Rills, they feel pretty good about that. 'Ducati' is a marvellous piece of rock mus
Post a Comment
Read more

A Dead Forest Index - Myth Retraced. Background promo - A Dead Forest Index has shared the second cut from their debut album In All That Drifts From Summit Down, out April 29th on Sargent House. “Myth Retraced” features guitar contributions from Gemma Thompson of Savages, resulting in a song that is both intense and beautiful. Landscapes both seen and felt, real and imagined, lie at the heart of In All That Drifts From Summit Down, the vast debut full-length release from nomadic duo A Dead Forest Index. Comprised of brothers Adam Sherry (vocals/guitar) and Sam Sherry (drums/piano), the group crafts ethereal and intensely intimate compositions that defy trends and labelling, instead shaping an aural experience as organic as it is unpredictable. Forsaking instrumental complexity in favour of richly dense vocals and an otherwise minimal palette, the band evokes heaviness with the atmosphere they create rather than through blunt force. Teaming-up with Sargent House on the heels of a r
Post a Comment
Read more
More posts